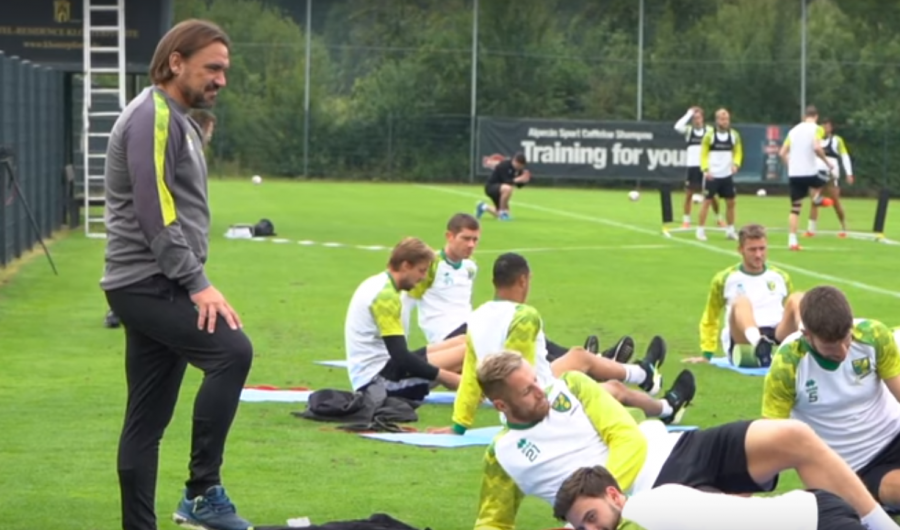 Not long now. The waiting is almost over. Three to go.

That the Liverpool (a) tickets went like hotcakes was no surprise (sold out within one hour apparently), but it neither bodes well for those who in future are not able to go full ‘four-screens’ online as soon as the tickets are available nor those unable to get to the ground and queue at the ticket office.

Neither does it bode well for an away-end free of Liverpool supporters desperate for an Anfield ticket at almost any cost.

And it still rankles.

For those without season tickets, those who had built up away points to no avail and for families in general, expected to pay £50 a pop to even stand a chance of a ticket, there understandably remains a sense of injustice.

Flying in the face of everything that’s occurring in this country right now, we just want a system that’s fair, balances loyalty with opportunity and doesn’t appear a blatant money grab.

With nine months to prepare a better one for 2020/21, let’s hope young Ben consults properly this time around and *listens* to the responses from all four quarters. The early signs are promising but that’s no consolation to those who will miss out in the next few months.

There’s no point in pretending that just a little bit of the goodwill lustre hasn’t been removed by the handling of the membership scheme. It has. Where it all goes a little awry though is when Stuart Webber – the club’s *sporting* director – is somehow implicated in this decision, as he was on social media.

Let’s just not, eh? His part of the operation continues to purr like the engine of a Bentley that’s been purchased for the price of a Ford Focus.

Webber doesn’t deserve or need any unwarranted flack, which most people seem to understand.

On the field, things seem to be ticking along okay although those who’ve read my pre-season rambles in seasons gone by will know my thoughts on friendlies and their relevance to what occurs when there are points at stake.

Of course, they’re invaluable in terms of getting the players match-fit and it is the only chance the coaching team gets to experiment with different formations and tweaks to existing formations – but don’t even get me started on supporters who celebrate goals in pre-season friendlies with the same gusto associated with an injury-time winner.

Never have I been able to understand it, and probably never will, but each to their own. The only logical reason I can find to take in a pre-season friendly is to get a glimpse of any new signings prior to them kicking a ball in anger.

Other than that, I’m struggling, although admittedly those who followed the squad to Germany on the recent tour did appear to have a grand time (as the Bowles family will soon describe) as it was predominantly about the social side rather than the footie.

And while on the subject of friendlies, for all the reasons stated above, there’s also little point in trying to read too much into any starting XI that Daniel Farke selects, maybe until the final friendly, which this season is against Toulouse. Prior to that, it’s about giving the whole squad the chance to get some pre-season miles on the clock.

So, ‘why, no Pukki?‘ … ‘why no Mario?‘ … and, ‘don’t fancy that starting XI against Liverpool‘ etc, are questions that, in my view, should be banned in pre-season and only brought out when there are points or cup progression at stake.

All of which is why there is little to be read into yesterday’s behind-closed-doors 3-1 defeat at Colney by Brentford.

No-one wants to lose a game, friendly or cup final, but with Brentford a week ahead in their preparations and City having undertaken a full training session in the morning, those who foresee doom as a result of that defeat should (in my view) go and sit on the same naughty step as those who celebrate ‘friendly’ goals.

In my humble opinion, we’re going to be just fine.

In order to help MyFootballWriter thrive we need a little help, so for as little as the price of half a pint of beer, we’re asking our loyal readers to dip into their pockets and support us directly.

Four monthly membership tiers allow folk to contribute as little or as much as they see fit. If just one reader in 20 went for the lowest -priced model – the $3 a month Patron option – MyFootballWriter would be £1,000 better off and in a far better position to pursue its many ambitions after 13 successful years reporting on all things Norwich City.

We know it’s a big ask, and to be honest we’re just grateful that we continue to attract so many readers, but if you a few of you could help us, we pledge to deliver more of the same and more.  The Patreon link is here.

Not a bad time for Norwich City football club. If We get promoted we get the 100mil or so. Plus we have very valuable assets in Buendia & Aaron’s & Cantwell. Those 3 could get the club an extra 80 mil. Put more money in the pot & keep building stronger and stronger. #ncfc

@BarrieCullis @NorwichCityFC I agree; #ncfc have not really needed to push themselves this season. Given the objective, we’ve seen an economy of effort & ‘German Efficiency’ to comfortably be 10 points clear in position #1...

For the record, I'm absolutely fine with being the ultimate yo-yo club #ncfc