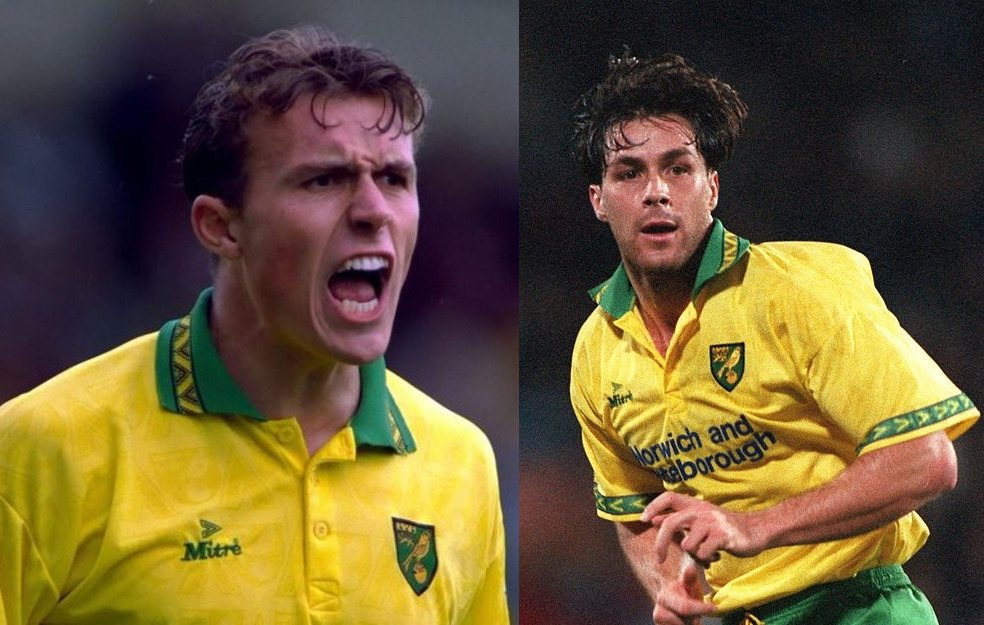 In the fourth part of his look at City in the 1990s, Martin MacBlain looks at the curious tale of three managers, starting with one Martin O’Neill…

Mark Bowen, Rob Newman, Jon Newsome, Darren Eadie, Ashley Ward, Robert Fleck… all names, who for a certain generation, roll off the tongue with ease. All part of the core squad assembled to propel Norwich City straight out of Division One and back to the Premier League in the season 1995/96.

The season began with Martin O’Neill in charge, freshly plucked from Wycombe Wanderers after cutting his managerial teeth. A spritely young Northern Irishman would be given the task of taking us back up. Yet the season would peter out into a 16th-placed finish, a reappointment of Gary Megson, the eventual return of Mike Walker and for this 15-year-old, a season of huge disappointment and frustration.

It was while holidaying in Northern Ireland in the summer of 1995 that I became aware of the rather unspectacular signing of Matthew Rush. The spectre of relegation still looming large over me, wondering who might leave and praying no one did; I was on my daily pilgrimage to the local petrol station for a newspaper and I spotted a small article; ‘Norwich sign Rush for £350,000’.

£350k was peanuts, even back in those days. Closer inspection revealed he came from West Ham and was a midfielder. Days later he ruptured his knee playing against Sunderland and that was that.

Three appearances is all he ever made for the club with none of any note. Money down the drain as the club was following fast…

The 1995/96 season really was a season of anomalies. With the squad (and manager) we had, promotion should have been a near formality. We were out of the blocks fast and sitting in a lofty second-placed position by the time of O’Neill’s departure.

I’ve alluded to ‘ifs buts and maybes’ in a previous article but even with a shock relegation, we should have climbed immediately and swiftly back into the Premier League.

To the exiled schoolboy, on the face of it, things were well set up. The squad was brimming with proven premiership players and a sprinkling of talented youngsters. O’Neill was (and subsequently proved) of Premiership managerial quality and a swift return seemed inevitable. Yet it was behind the scenes that things were slowly starting to fall apart.

The oft-asked question of should we have signed Windass will long remain. It would appear that enough was enough and we faced the unstoppable wave of O’Neill against the immovable object of Chase. O’Neill walked out on the club hours after a televised game against Leicester City.

I vividly recall the Leicester game as I was listening to it whilst being driven to my Nan’s! The ecstasy of going two up, followed by the agony of hearing if Leicester’s free-kick would go in… it did… and two more goals later (one from Iwan as it would transpire) and we’ve lost. And no more O’Neill.

But I wanted to steer this article away from O’Neill and focus in part on a much less revered manager, Gary Megson. A no-nonsense midfielder signed from Man City, who stepped into the void after John Deehan’s departure yet couldn’t arrest the slide.

To this day, with that squad, I still can’t understand how we slipped from second to sixteenth. We lost Jon Newsome and Ashley Ward. Two big characters, our captain and top goal scorer. Yet we retained the likes of Bryan Gunn, John Polston, Spencer Prior, Robert Ullathorne, Daryl Sutch, Darren Eadie, Ian Crook, Neil Adams, Mike Milligan and Robert Fleck.

Mark Bowen was frozen out by Megson for being critical of his tactics. But even so, how did it all implode so spectacularly?

It was hard to note the difference in playing styles as an exile, from manager to manager, in those days (far easier now) but was the playing style really that bad under Megson? Some of the results were horrendous. Not in terms of the scoreline but in terms of teams we were losing to. Southend?

One can only assume it was tactical naivety on the part of Megson and an inability to motivate players. Subsequent Megson teams have not been renowned for their passing approach, which would have been at odds with the passing style that many of the squad would have been used to.

I’m not sure that the signing of Jan Mølby was worth it. I’ve yet to see a player since who couldn’t stray too far from the centre circle!

With the calibre of players in that squad plus the Premiership experience brimming throughout it, admittedly an automatic spot would have been a bridge too far, yet targeting a play-off spot, or even sitting seventh/eighth and pushing for sixth should and could have been achievable.

We simply had to go up that season. The Premiership riches were appearing fast and the vultures were beginning to circle. The books weren’t balanced and finally, Chase was forced out and rightly so.

It’s hard to assess the toxicity of the Chase era from a bedroom in Glastonbury, but needless to say we in the South West were acutely aware that Chase had been systematically selling off our best players, the relationship had completely broken down with fans and that infamously (and better put in other MFW articles) had used police horses to disperse protesting supporters.

Newspaper coverage was sporadic of the unfurling situation and I think it was the end of Chase’s tenure that heralded in the new beginnings of Delia’s stewardship and the ups and downs that were to follow.

The third manager. Well, one of Delia’s first actions was to bring the return of one silver-haired and very successful master tactician. Mike Walker. But I’ll leave his return for another day.

Canaries Down Under @canariesdu ·
3h

Oh Dimi Dimi 🥰
I was so sad when I saw how much pain you were in.Such
bad luck for our Greek flying full back ☹️just when you were settling in making fantastic runs up the pitch for crosses & having a strike yourself 😏Take care of yourself,we’re all supporting you🇬🇷
#NCFC