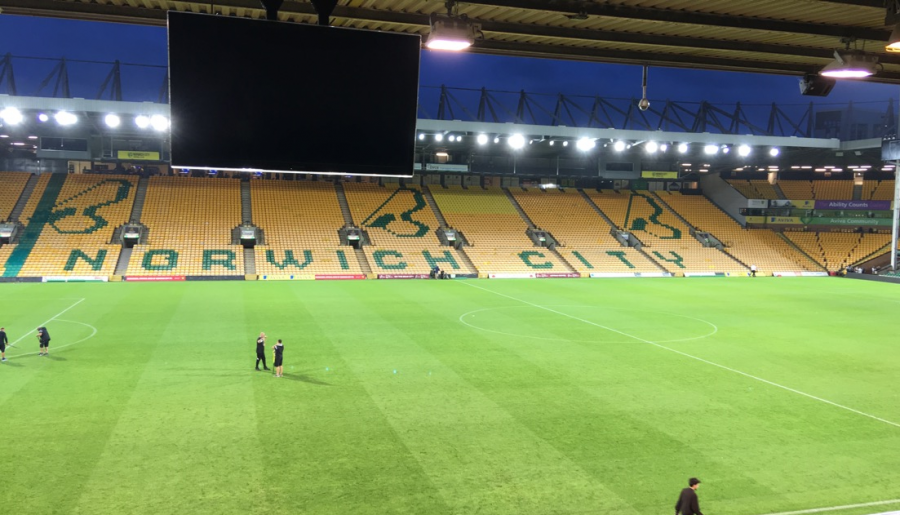 Pre-season is sometimes an impossible beast to analyse.

Describing it as a ‘faux form’ of football isn’t hyperbole, with each test being useful for working on specific elements of performance as opposed to operating in a finalised system witm the purpose of victory. Undoubtedly, the primary objective of any pre-season campaign is to restore fitness and ensure tactical instructions are absorbed ahead of the campaign.

In pre-seasons of the recent past, a thunderous Marley Watkins strike against Brighton and some sensational Mario Vrancic performances had whetted the appetite before the harsh realities of the Championship kicked in for both.  To an extent, false expectations can be constructed in the offseason, with individual performers impressing without the context of competitive football.

There were welcome returns from injury for Teemu Pukki and Emi Buendia, two major protagonists who the German will hope to have at his disposal come August 9 at Anfield.

Only that behind closed doors friendly against Brentford had blemished an otherwise unbeaten preseason for the Canaries, but Champions League competitors Atalanta proved an altogether different proposition to anything City had faced to date.

Last season, it was Farke’s 4-2-3-1 which caused havoc for opponents, with inverted wingers essentially becoming additional ‘number tens’ with the full-backs being invited to push on and help Norwich dictate possession.

In the last two seasons, Farke has forged a reputation in Norfolk for being a pragmatic coach, someone who can sculpt and craft a team into a competitive outfit, but the emphasis, to an extent, seems to have shifted in terms of style.

Norwich’s survival mission will be based on their ability to adapt to opponents with possession needing to be effective rather than extensive.

The system deployed this time out resembled more of a 4-1-4-1, with Todd Cantwell and Moritz Leitner occupying the more advanced central areas, with Tom Trybull screening the back four. That system, in the opening period, proved successful. In possession, the Canaries executed passages of play with aplomb and precision.

Yet, all of that positive play in the opening period evaporated on the stroke of half time, with Timm Klose’s stray pass culminating in Luis Muriel sweeping the ball beyond Ralf Fahrmann.

There was plenty of food of thought for Farke to digest after a pleasing first-half display, which had somewhat dimmed as the half-developed.

What happened in the second was part of the learning curve City will need to prove they can take on board should they possess ambitions of retaining their Premier League status.

A big caveat is the sheer volume of personnel changes, but City’s lack of structure and the loss of fundamental principles cost them dearly as Atalanta, led by the lively Duvan Zapata, caused chaos. 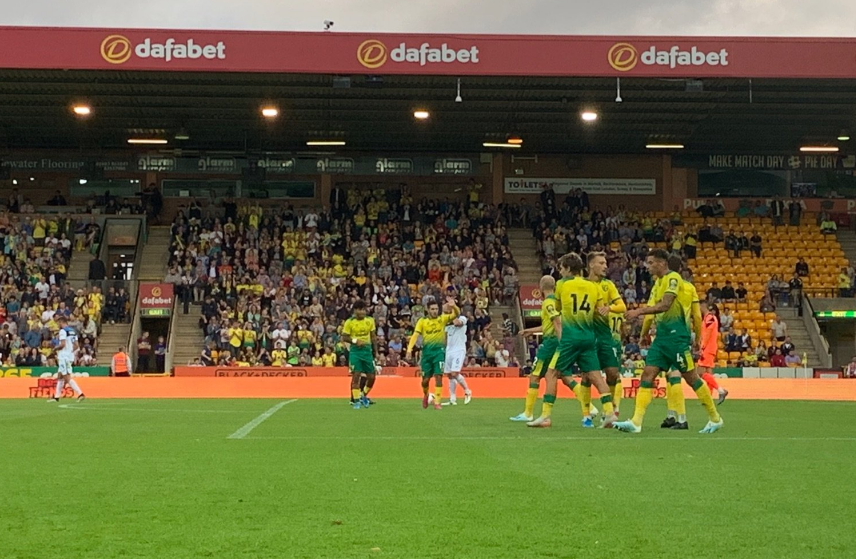 A cliché it may be but it really was the epitome of a game of two halves.

Fundamentally, it’s the scoreline where eyes will be drawn and where the  concerns stem, and there is no doubt Norwich will need to be more responsive to changes in intensity and manage the periods where changes are frequent.

But the nature of this encounter will have proved useful for Farke and his players. They competed well against a Champions League side prior to the break only to be left exposed once the players in that starting eleven were replaced.

What played out was Dennis Srbeny and Patrick Roberts operating out of position, Mario Vrancic getting his first minutes for a while and Kenny McLean as the holding midfielder.

In the first-half, there was no respite for the visitors, with offensive phases of play coming at regular intervals, and the way Todd Cantwell and Mo Leitner located space was at times utterly joyous and Onel Hernandez’s combination with Jamal Lewis proved a huge source of productivity.

Off the ball though, City lacked discipline.

In the second half, for the majority of it their defensive shape was non-existent but to be charitable, the inability to track runners could merely be a side effect of the intensity of pre-season.

Undeniably, there are causes for concern given the defensive woes witnessed at times last season and if Norwich want to survive, the ironing out of those issues will play an integral part.

In top-level football, small mistakes will alter the complexion of a match. Consistency is king and no longer will City get through games unscathed by having just impressive patches within performances. The standard is increasing and with that comes the necessity to eradicate those errors.

Tom Trybull wasn’t as his sparkling best and the failure to track midfield runners contributed to the dismantling of the Canaries’ shape in the second half. After his removal, the shield became almost invisible.

Should Farke wish to secure the services of more talent this summer, with the question marks surrounding defensive nous, one can only wonder how important they regard the addition of a screening midfielder.

City conceded goals last season and that has the potential to become a malignant factor in their bid for survival.

Yet, for all the hysteria and panic this result will create in some quarters, a shining light was undoubtedly the performance of academy graduate Cantwell. Dubbed as ‘one our their own’, the Dereham youngster has received his fair share of criticism for some performances last campaign but adjusting from under 23 football comes with multiple tests, including the mentality and tactical nuances.

His movement was purposeful and intelligent, his football simple, without complication, and his ability to find space was reminiscent of the previous incumbent of the number 14 shirt.

After Cantwell’s encouraging performance against Luton and how he acted as Norwich’s offensive metronome in the opening 45 here, you can only wonder whether he is working himself into Farke’s Anfield plans. 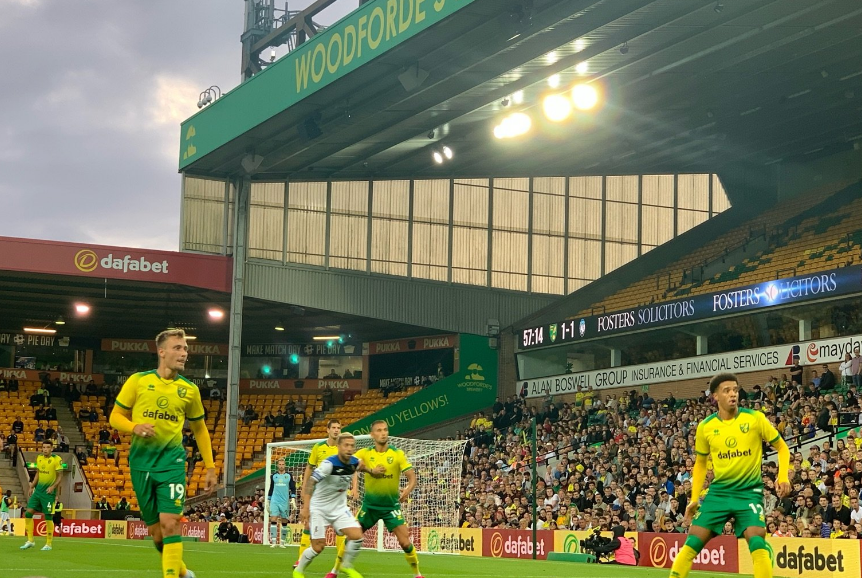 But, going back to the events of last night, context for this encounter is critical.

Prior to any changes, Norwich were going toe to toe with a top Italian side. Pre-season and the need for game time for players ensured this game descended into chaos.

Lessons need to be learnt, but this is all with the caveat of it being pre-season and the unpredictability that comes with it, to an extent, makes analysis impossible. Now’s the time to take stock and count down the curtain-raiser at Anfield but for those minds that are wandering, then Saturday is the perfect hangover cure.

There’s no need for drama or hastiness in writing off City.

That first half needs to be stored for positivity from Farke’s perspective, but the second, and the ugliness of it, illustrates what can unfold when City make fatal errors.

It’s all about levels and ensuring they can retain the standard of their level. From here, a friendly against Toulouse and another test against an opponent who poses a new set of challenges, and then it’s go time.

Norwich head into the Premier League as underdogs, even the data crunching script by BT Sport has already written them off, but they need to cultivate that underdog spirit and replicate the opening 44 minutes of this encounter.

The philosophy balances risk and reward, and that bravery will be a valuable ingredient to staying up. 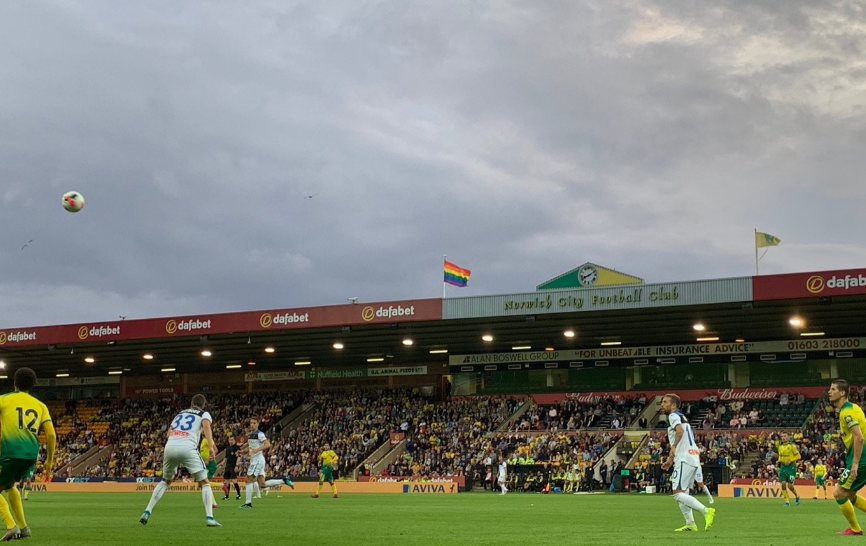