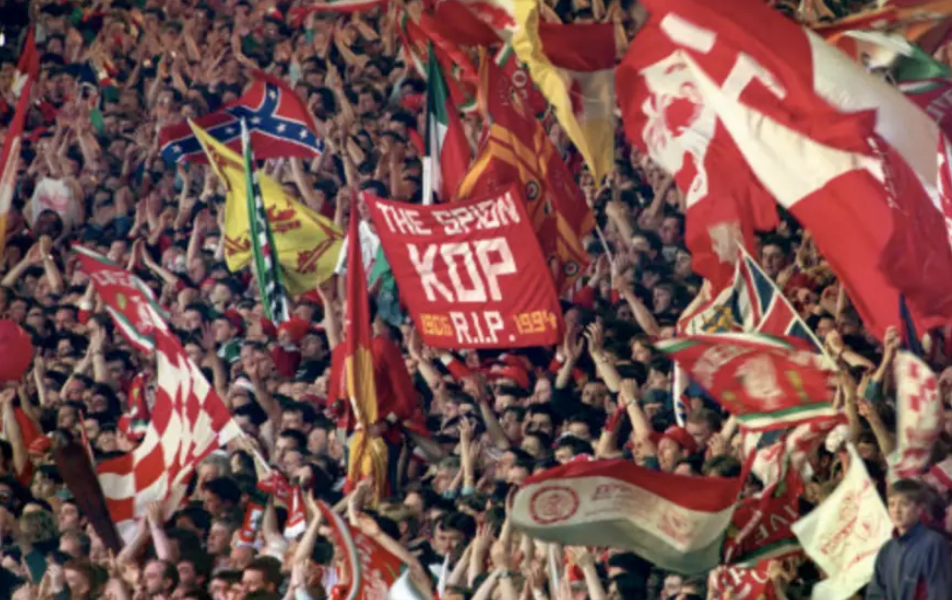 As part of MyFootballWriter’s pre-match previews this season, I will be looking back at previous clashes between Norwich City and our upcoming opponents.

First up, an absolute gem. It’s one of those glamour fixtures that shouts ‘big-time’. A premier fixture within the Premier League. It gets no more exciting than 18-times English champions and current kings of Europe – Liverpool FC.

It’s not the first time that Norwich has opened their season with an opening day clash against Liverpool.  The 25th August 1984 saw both sides kick off their campaigns with an absolute classic.

Under the summer sun, City came back from 2-0 down to finish 3-3, in a game notable for Steve Bruce’s early debut own goal and a Mick Channon last-minute equalizer. While Bruce would recover to become a City legend, Norwich ended that season, despite that point against the treble winners, in the relegation zone.

(As a footnote, also making his debut that day (for The Reds) was Jan Molby, who of course would feature for Norwich towards the end of his career).

That was not the first time Norwich had scored three against Liverpool. Back in 1909, just seven years after our formation and only two years after switching to the famous yellow and green, the recently formed ‘Canaries’ claimed a famous 3-2 victory in the FA Cup at Anfield. It was a true FA Cup giant-killing as City, playing in the Southern League, knocked out 1st Division Liverpool, who themselves had been English Champions just three seasons prior. It was, by far, City’s greatest achievement to date, raising the club’s profile amongst the games illustrious elite, putting City firmly on the national footballing map.

The assistant manager on that famous day, up north, was Arthur Turner, one of the club’s founders and attendee of the historic meeting whereby Norwich City was born.

Liverpool feared drawing Norwich out of the velvet hat, as on a further two occasions they were FA Cup victims of a lower league Norwich City. In 1936/37 2nd Division Norwich beat 1st Division Liverpool convincingly 3.0 in the Reds first trip to Norfolk.

In the 1950/51 competition, Norwich bettered this achievement this time knocking out Liverpool while in the 3rd Division South. This was some feat as, similar to 1909, Liverpool had recently been English champions and contained a side of internationals, of which, Albert Stubbins and Billy Liddell were the superstars.

It may be a surprise to many that Norwich, still to this day, hold the upper hand in FA Cup clashes with Liverpool with three victories to Liverpool’s two.

The first League meeting came in November 1960, a 2-1 defeat at Anfield. It’s hard to imagine now considering the global giant that Liverpool have become, but this first league meeting took place in the old 2nd Division. A successful season for both sides with Norwich finishing 4th, one place below the Merseysiders.

The next season Liverpool found themselves in familiar territory at the top of the table, and with that waved goodbye to the 2nd tier for good, to begin their domination of English football. City meanwhile struggled and was doubled by the pending champions. The game at Anfield was a beauty and despite a hat-trick from Norwich’s second-highest all-time goal-scorer, Terry Allcock, we finished the wrong side of a 5-4 score-line.

Of course, that was the result when the sides last crossed paths during the fateful 2015/16 season. A ding-dong of a battle saw Norwich race into a 3-1 lead after a quality finish from debutant Steven Naismith. Then, after falling behind, it seemed an injury-time pile-driver from Sebastien Bassong had earned a valuable point before an even later injury-time Adam Lallana strike sparked wild celebrations from Klopp and co in front of the City Stand.

That game, and the nature of the defeat, in many ways, contributed towards City’s decline under Alex Neil and eventual relegation.

It was the same story two seasons before. On the 20th April 2014, the eyes of the footballing world were on Carrow Road as title-challenging Liverpool faced relegation-threatened Norwich. Another thriller in front of the Sky cameras and another City defeat as Raheem Sterling, Luis Suarez and co sent us, under a newly appointed Neil Adams, tumbling to a 3-2 defeat and virtually sealed our Premier League fate.

The name Suarez, of course, would haunt City. As widely published, the Uruguayan would fill his boots whenever City were in town. Twelve in six to be precise, including back-to-back Carrow Road hat-tricks and a quadruple at Anfield. His contribution resulted in Norwich conceding five goals in, four of the last six, encounters against Liverpool.

For younger readers, especially, it hasn’t always been that bad!

Our first win at Anfield came in November 1975 thanks to a strike from World Cup winner Martin Peters (who is Norwich’s top scorer in games against Liverpool with four) and a last-minute strike from Ted MacDougall (which was City’s 100th top-flight goal).

City would later top that performance when they doubled the champions-in-waiting, in the 1982/83 season. Even more remarkable was they also achieved this without conceding a goal, with a 1-0 win at home followed by an unexpected 0-2 away triumph.

The ‘80s, in particular, represented a purple patch for the Canaries. A golden period over Liverpool’s team of the 1980s. Between 1987 and 1990, where despite, Liverpool lifting two league titles, Norwich would lose to them just once in eight games.

This run began with another end-of-season clash in April 1987, this time though, City emerged victorious with a 2-1 win, thanks to late goals from Trevor Putney and Kevin Drinkell. The win brought three valuable points with City, unusually looking up the table and heading towards a, then record, 5th place finish.

The game was also notable for breaking one of football’s most quoted statistics. Liverpool had never lost when Ian Rush scored first. They did that day after Rush opened the scoring that day at Carrow Road.

In contrast to the thrashings of recent times, this period of games would see Norwich’s defence coming out on top. In six games verse Liverpool, Norwich let in a meagre one goal. How times have changed!

City’s stranglehold over Liverpool continued up to 1994, cumulating in another famous April day clash. This time it was all about the occasion, one of football’s iconic moments, the final Liverpool home game in front of the world re-known ‘Kop’ terrace.

A fabulous and moving day with the Kop at its spine-tingling best and Norwich were, by a quirk of the fixture computer, the lucky guests. City also proved to be the ultimate party poopers as Jerry Goss’s goal, was enough to secure a 1-0 victory and with it, to date, the last time City tasted victory over their illustrious rivals.

And what a goal it was! A trademark Gossy volley, technically beautiful and a fitting goal for such an occasion particularly as it came in front of an applauding Kop end.

However, when you think of great goals versus Liverpool, one stands out head and shoulders above the rest.

The goal came on the 9th February 1980, the moment, when a striker in his prime, Justin Fashanu, flicked the ball up, spun and hit a 25-yarder into the far corner. A goal captured on national TV, winner of the goal of the season and one that would catapult young Fashanu to stardom. It is almost forgotten in time that the game ended in another goal-fest, Liverpool winning 5-3.

Great goals, classic matches, famous wins and memorable occasions (mostly in April!), that’s the defining history when the Canaries and Liver bird meet. Sadly, in recent times, the pendulum has swung firmly in Liverpool’s favour with that Goss-inspired win now approaching a quarter of a century.

True, there have been a few recent highlights, Grant Holt’s bullet header, Russ Martins Anfield equaliser (the day after his wife gave birth to his son) and a Ryan Jarvis thunderbolt in 2005 when it seemed (but sadly never materialised) that a new City star was born.

Friday’s Premier League opener will be the 65th meeting between the two sides and certainly one of the most eagerly anticipated. For City, it is a free hit. Nobody expects them to leave Anfield unscathed.

The same would have been said in 1909 – and look what happened then!