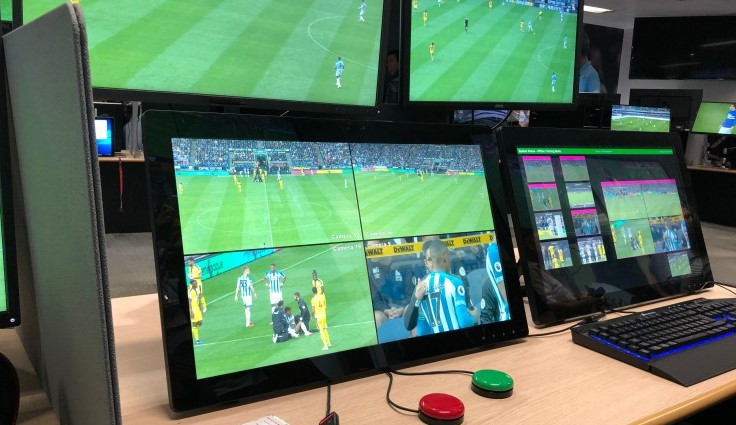 After a hectic opening weekend of Premier League action including a valiant Norwich City display on Merseyside and a quintessentially old school Manchester United romping, there’s only one thought that dominates my mind this Sunday evening: football is worse off with VAR.

As we know, it was at the London Stadium where the farcical nature of this unedifying modern phenomenon became most visible. On three regrettable occasions it intervened, checking each goal or incident to ensure every millimetre, angle or dimension was perfect, and the laws of the game were assiduously upheld.

Fans can no longer celebrate each goal – that moment of pure, unadulterated ecstasy – with the same jubilation or fervour. There is no longer that natural sense of ebb and flow to a game, an idiosyncrasy of the sport that has been callously ripped away. Fans in the stadium no longer possess total clarity over what is unfolding in front of their eyes.

Instead, the advent of VAR represents the triumph of science over logic, an unnecessary intervention brought in solely to appease those who so willingly berated referees in the first place.

Granted, it didn’t intervene – conspicuously, anyway – at Anfield on Friday night. But this will be an anomaly, a rare occasion where we’re actually left leaving the ground discussing the football rather than the intricacies determined by a diligently programmed computer.

Even the most perfunctory glance at social media will reveal how it’s changing the narrative. Just look at Manchester City on Saturday lunchtime, a footballing masterclass and an exhibition in finishing by the brilliant Raheem Sterling but one overshadowed by VAR’s interventions.

The football has become a sideshow. It’s now all about the outcomes revealed to us on a TV screen.

It may have become more transparent for those in the stadium – bar at Old Trafford and Anfield, where big screens are absent – but that doesn’t detract from the notion that fans are often left oblivious to what the system is determining; oblivious to the potential repercussions until a robotic voice finally delivers a verdict.

Those who invest their hard-earned money in following their team deserve to know what is happening. The whole thing is a farce.

What is so distasteful about VAR for me is its flagrant eradication of football’s memorable moments. Think of those Manchester City fans back in April whose joy was extinguished by the marginal position of Sergio Aguero’s toe, or those Paris Saint-Germain fans who were denied a place in the Champions League quarter-finals owing to Presnel Kimbembe’s ostensible handball.

VAR has ruthlessly killed off those moments of ecstasy, transforming them into oblivion and collective despair.

And this is empirically true. Celebrations at the London Stadium for Raheem Sterling’s second goal were more subdued owing to VAR’s previous denial of Gabriel Jesus’ goal, while those arriving at Leicester, Newcastle and Manchester today would have invariably done so wary of VAR’s unwavering threat.

Goals are now not so much a moment of joy as they are a temporary phenomenon, an event chalked off for the most laughably pedantic reasons.

How can VAR determine the precise point at which a pass is played? How can VAR be completely certain that a player is offside, even with its allegedly groundbreaking 3-D lines? Even if it was scientifically proven it could, the point remains is that it has ruined football in its purest form and irrevocably changed the game we all know and love.

Part of the matchday experience is debating the decisions come to by the officials. Mistakes are only human and are an inherent part of life. For me, the idea that their total eradication at the expense of fan understanding, enjoyment and happiness is preposterous.

Call me a traditionalist, rooted in the past and incapable of moving on with the times. It won’t alter the fact that VAR remains a bane to our beautiful game, destroying its flow, inhibiting experiences and indelibly making it so acutely worse off.

Newest member of Sky Sports a hit with viewers as pundits are criticised 👉https://fanbanter.co.uk/newest-member-of-sky-sports-goes-down-a-hit-with-viewers/

Superb evening of Legends from Carrow Road.
No disrespect to the other fellas but I could listen to Jeremy Goss all night long.
Big thanks to all @NorwichCityFC for making this event happen.
Much appreciated 👍👏👏.
#NCFC 💚💛

@FansAgainstVAR_ Week after #ncfc had a perfectly good goal disallowed vs Spurs we played Crystal Palace. Both at home. In the Palace match, Todd Cantwell scored and we just didn't celebrate because we were all certain it was going to be disallowed for offside.