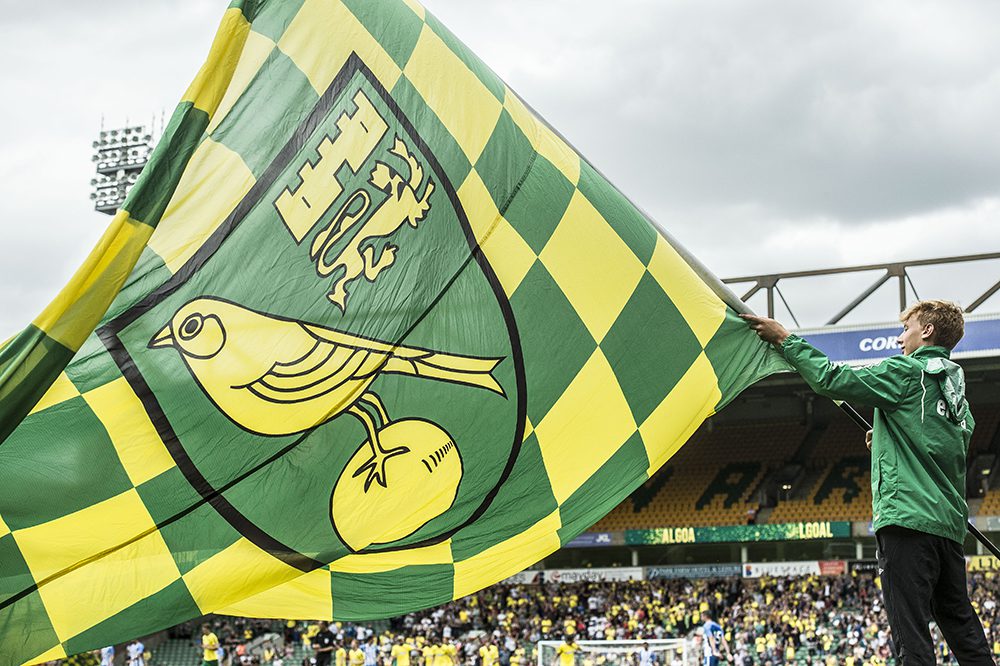 So we came up short by the depth of the Barclay crossbar against the Europa League champions where despite a transfer restriction of sorts they still have well, erm, quite a few handsomely-remunerated young gentlemen in their squad.

And we gave them a bl00dy good run for their money, we really did.

We struggled at times with their midfield press for sure and Mo Leitner and Tom Trybull were consistently denied enough room to work in. That’s what top-class opposition does.

The criticism of Grant Hanley and Max Aarons in other quarters I am totally disregarding.

“I again found myself defending Marco Stiepermann who, with [Grant] Hanley, is in danger of becoming the latest holder of the Russell Martin trophy”

I must admit that nobody in the Barclay had a bad word to say about the Stieperdude in my all-inclusive earshot (we tend to natter a lot between many of ourselves) and he was worth his weight in yellow defending Chelsea’s corners too. As he always is.

The only moan I heard in said Barclay was when my mate Keith was screaming “get out, get out” when the high Chelsea press was in full effect, especially when they won one of their (surely too many) free kicks on the edge of our box in the second half, although I felt referee Martin Atkinson was sound.

I replied to Keith with words to the effect of: “how can we, we’ve no-one up anyway and it’s all hands to the pump”.

He told me I was talking out of my butt (or something similar) and we continued a “heated discussion” for a minute or two, bringing much amusement to the good folks around us. Keith wouldn’t back down so I conceded the argument in the spirit of a very long-standing friendship. Even though I was right.

At the end of the match, we all stood, applauded like crazy and although we were a little bit down, we weren’t really, if you can interpret my meaning.

I do not and will not do Canary Call so whatever the carefully-selected moaners said I do not know. I don’t have a scooby but I can imagine, of course I can. I really enjoy Chris Goreham’s excellent and well-controlled commentaries when we are away, but as soon as he finishes with Radio Norfolk for the afternoon, so do I.

I think some folks should realise just how good Chelsea were. Three great goals and no chance for Tim Krul with any of them in my opinion. Tammy Abraham is surely there to stay.

There was a fine, typically Norwich, round of applause for David Powell on 49 minutes as well.

Any City supporter who is not proud of that performance against Chelsea should… insert your own phrase.

The only legitimate media gripe I can lay claim to is Match of the Day. We might have got a couple of nods – certainly one from Danny Murphy – but dear old Wrighty didn’t mention us once. I actually like Ian Wright as both a pundit and a player but he totally ignored us this weekend.

And the Binners lead League One after the decimation of a shambolic, under the cosh Bolton. Maybe because I’m not born and bred I don’t feel that pain quite as acutely as some of us, but I’ve lived in and around Norwich for some 35 years so I’m not best pleased. It won’t last.

Next up is yer WestAm, innit. They looked well impressive on Saturday, but then again so did we. Should be a good one.

To conclude, Onel Hernandez and I have always shared two things in common. The first is we have both shopped kind of enthusiastically in Argos and the second is that we both enjoy pulling on that yellow shirt, even if mine is a replica.

Well, I can make it three things now. I walk about 3k to the ground and cab it home. My cab firm of choice has about 50 stairs to gain access and my back collapsed at the end of them on the way down. You can guess the rest. Yep, I did an Onel. No meniscus damage just loads of cuts and bruises, ribcage central. Coughing and laughing are off-limits.

So if anybody on social media knows a wonderful City fan called either Charlie or Cherie who picked me up after a further fall as well, please say a huge thanks from me. I wouldn’t have made the 20 yards across Prince of Wales to the cab without her.