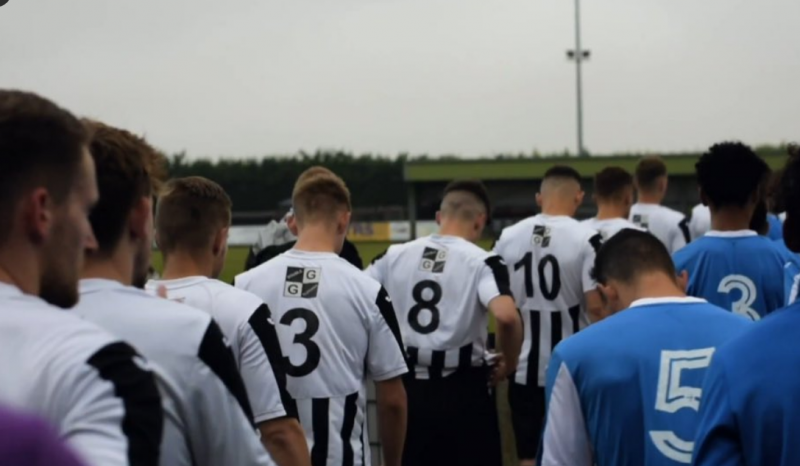 Living in Nelson’s County can cause us to view our lives from inside a secure bubble.

The beauty of the coasts, the history embedded throughout the county and devotion to one professional football club who don the colours of yellow and green. These pages dissect every ball kicked, contextualise every result and offer an opinion on topical issues within the Canary sphere of Norfolk.

A love of football and Norwich City has been a constant source of joy or dismay for decades.

Weaving together the county, often if the Canaries are performing on the pitch, then the county is hyper off it

Operating outside of Carrow Road, a host of non-league football clubs, all of whom find themselves occupying different divisions. Individuals ensure their survival, with tireless work from volunteers guaranteeing that goal nets are erected, white lines are painted and a football match allowed to take place.

Away from the glamour of the Premier League, eight divisions and 20 miles away are Dereham Town Football Club.

The Magpies ply their trade in the Isthmian North League, and despite the gulf between the two clubs, remarkably, their ethos and values align. Supporters of Norwich may contrast and compare the way at which Dereham attempt to run their football club, with youth at the centre of it due to a lack of financial muscle power.

Affluence is substituted for a youth development programme designed to fill the void in Norfolk football and dispel the myths of aspirational footballers in this county. DESA (Dereham Education and Soccer Academy) is a place that combines academic education with a passion for football.

Born from the necessity of not possessing the windfall other clubs possess, the club prioritises youth. Last season, a 16-year-old Charlie Dickerson played a full ninety minutes for the football club.

On the pitch, the club endured a contrasting 2018/19 season.

A poor first half of the season saw the club plunged deep in the hectic nature of a relegation battle. Recording only five wins saw Dereham occupy the relegation zone and led to manager Neal Simmonds parting company with the club.

Gusterson and Willis are former Norwich City academy footballers, and together developed a survival plan to retain the club’s status in the Isthmian North Divison. An incredible run saw them steer the club out of the relegation zone to the safety of 14th position.

MyFootballWriter will be following the exploits of Dereham Town this season with exclusive access to all areas documentary on the football club.

Our team, including yours truly, consists also of Ben Ambrose, Robert Groom and Jordan Blyth, all of whom have worked relentlessly to produce (hopefully) a visually stimulating and fascinating insight into how a non-league football club operates.

Pre-season is where we begin.

Player trading sees plenty of new faces arrive at Aldiss Park as the club significantly strengthen their front line to suit the on-pitch philosophy of entertaining football. Ultimately, it’s all about progression and consolidation after a season of recovery last year, with the manager looking to stamp his mark on the squad in his first full season at the helm.

During this period, an unlikely relationship develops with a global powerhouse in the shape of FC Porto, leading to an unlikely friendship developing between the Portuguese and Norfolk club. Now, supporters opt to two scarfs on matchdays, one being the conventional black and white which Aldiss Park has become accustomed too and now the blue and white of Porto.

Preseason is an important, albeit frantic period for any football club.

To prepare, the club for the velocity of games, the club plays eight preseason fixtures against opponents from varying levels of the football pyramid. The documentary opts to shine the spotlight on four — those being, Bungay Town, Mattishall, King’s Lynn and Lowestoft Town.

Hear from significant protagonists at the club about their aspirations for the season and let Dereham Town occupy that hole and become your second Norfolk football club.

Ultimately, the club feels as though it’s been left behind comparatively to some Norfolk football clubs. The infrastructure is designed to progress through the levels but operating on a budget that will mean plenty of others will write them off.

Each episode will place a specific aspect of the club under the microscope, with the first being an introduction into the football club. With an FA Cup adventure on the horizon, there is plenty to prepare for and for us to cover.

You’ll follow the club every step of the way, only on MyFootballWriter.

Aldiss Park is the backdrop, black and white are the colours adorned by those footballers who proudly pull on the shirt. All of whom possess stories of what could have been had the stars of aligned.

We sincerely wish you enjoy the curtain-raiser, and if you do, why not subscribe to our YouTube Channel, Total Football?