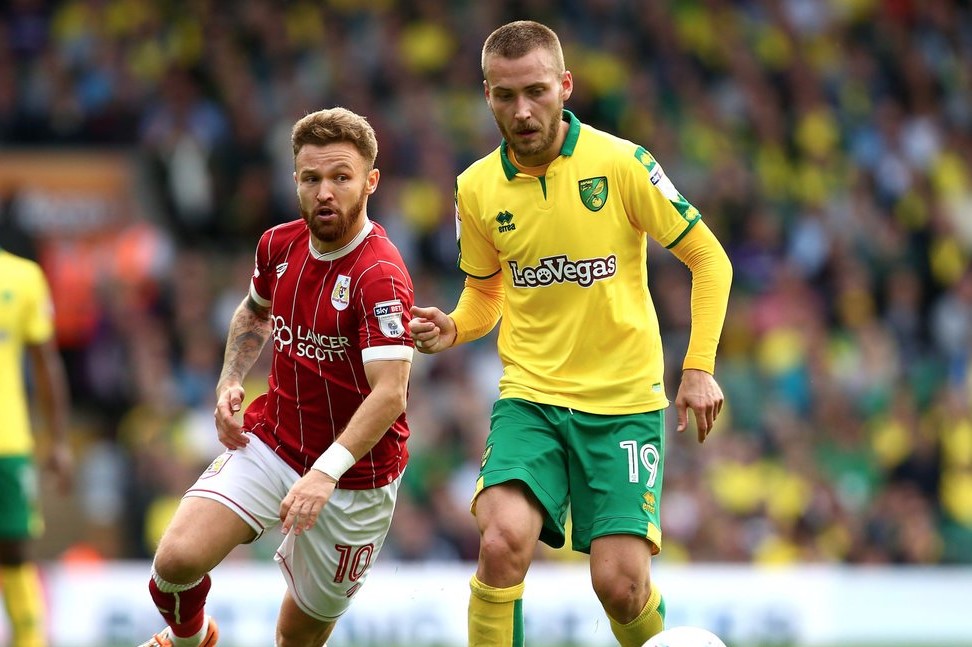 In the latest of his ‘Final Word’ series, where he the final say on the events of the weekend, Joe Hinchcliffe, tentatively looks back to events in Stratford and the subsequent fallout…

Confidence was high prior to kick-off, with many fancying them to head back to Norfolk with at least a point. Yet, after a promising first 25 minutes, Norwich never really got going and succumbed to a 2-0 defeat to a West Ham side who, we have to say, were by far the better team on the day.

It would have been more had it not been for the performance of Tim Krul, who was superb throughout and saved his teammates from a more embarrassing scoreline.

The end of Norwich’s positive start to the game coincided with the loss of Christoph Zimmermann to a robust challenge from Sebastien Haller, with the French striker opening for scoring for West Ham just moments later.

I don’t think it’s a coincidence that losing Zimbo coincided with a drop in performance level. It’s not that he was running the show, but the leadership void was costly.

Moments prior to the injury, the German denied Felipe Anderson with a tremendous last-ditch tackle, much to the delight of Tim Krul, who was quick to thank the defender. It really was a brilliant tackle. Anderson had exploited the space left by Jamal Lewis, who had pushed forward at the time; the recovery run, the execution of the tackle and the attitude was first class.

In what became such a disjointed and uncharacteristic Norwich performance, the presence of Christoph in the defence would have stemmed the bleeding somewhat. It was clear we lacked leadership from that moment on and I don’t think the loss of such a pivotal player in the dressing room should be underestimated.

Fingers crossed for a speedy recovery.

But the loss of Zimmermann is part of a much larger problem, with Norwich having to endure something of an injury crisis, which at this moment in time appears to be endemic to the centre back position. [Today’s news that Tom Trybull will also be out for six weeks with ankle ligament damage spreads that concern even further].

The squad includes four centre backs – Messrs Hanley, Klose, Zimmermann and Godfrey – three of whom are currently out injured. Norwich’s starting eleven only requires two and so having one centre-back on the bench and one in reserve seems reasonable.

I certainly don’t buy into the belief that this is a recruitment problem. Far from it. Ibrahim Amadou was signed primarily as a defensive minded-midfielder, but also as an auxiliary centre back, and without him we would be in far greater trouble. No one can foresee injuries.

Having Amadou able to play in the centre of defence is a blessing, yet far from ideal as it means he is unable to play in midfield. While I’ve got a lot of time for the now-injured Tom Trybull, I would like to see a player with Amadou’s strengths deployed in City’s midfield, especially away from home.

Perhaps it’s time for Alex Tettey. He has, of course, plenty of experience at this level and as long as his minutes are managed, he could step into that void.

But with injuries mounting off the back of two bad results its easy to lose your head. #NCFC made grim reading on Saturday evening with few finding any sort of positive to take from the last week of football.

In fairness, there weren’t too many positives, but I’m going to have a crack at it.

The international break has come at a good time. Yes, its not ideal to spend two weeks dwelling on the result at West Ham, but it does give Zimmermann and Hanley a chance to potentially recover from knocks. Even after today’s update, the timescales are still unclear, but we can hope two weeks is enough to see at least one of them back in training and be in contention for Manchester City.

West Ham aside, City have given a good account of themselves at the home of the European champions, demolished Newcastle at Carrow Road and made a good go of it against the Europa League champions in Chelsea. We are exactly where a more cautious City fan would have placed us at this stage.

Furthermore, Teemu Pukki has five Premier League goals, when you consider Norwich’s top scorer during the club’s last Premier League outing was Dieumerci Mbokani with just seven, you’ve got to be happy with the direction City’s offensive output is heading.

Elsewhere, Norwich’s academy graduates have started their campaigns well; Todd Cantwell, Ben Godfrey, Max Aarons and Jamal Lewis have all given good accounts of themselves.

Tim Krul has made a spectacular save in every game and the competition provided by Ralf Fahrmann appears to have worked wonders for the Dutchman. He has made the starting spot his own.

There are also players that have not stepped up as expected, but due to only being four games into a fledgling Premier League campaign, coupled with Daniel Farke’s track record of working wonders in this particular international break, I’m going to save those reservations for a later date.

I’m doing my best to remain positive, but there is no hiding from the problems that need to be solved. We know that plan B is tweaking plan A, I have no problem with that, but I’m unsure as to whether Norwich require a tactical tweak or whether some of the squad are yet to get up to speed with the Premier League.

Once up to speed will we see the team assert its style onto the Premier League in a similar fashion we did in the Championship?

Whatever factor you believe to be the cause of City’s result at the Olympic Stadium, we all want the same thing and we’re going to have to get behind the boys.

If the team performs to the levels we know they can over the course of those games, we could be in a far more optimistic place come the festive period.