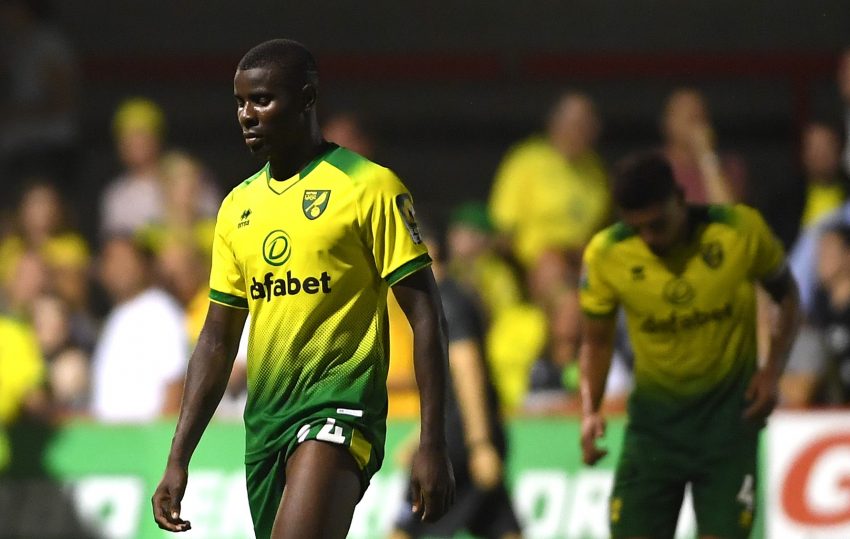 It’s guest blog time and today’s it’s the turn of another product of the MFW academy… Fin Stevens. Enjoy…

It is no secret the Canaries are in an incredibly sticky situation at present.

Since Christoph Zimmermann was sidelined for four to six weeks early in pre-season, injuries have occurred almost as regularly as Teemu Pukki goals, with Mario Vrancic and Alex Tettey both missing a large chunk of pre-season, Onel Hernandez and Timm Klose picking up long-term injuries and Tom Trybull and Grant Hanley also being ruled out for several games.

It is fair to say Lady Luck has not been on our side so far this season.

In certain positions (most concerningly central defence) injuries have left us in a rather precarious position. With Ben Godfrey our only fit and recognised centre-half, it is seemingly inevitable that we will be forced to call upon Ibrahim Amadou – a player who joined us late in the window, whose only full 90 minutes came in the humiliating 1-0 defeat at Crawley Town and who was primarily brought in to play as a defensive midfielder.

In midfield, the injury to Trybull and the seemingly unavoidable use of Amadou at centre half leave us with what appears to be, two options.

The first option would be to play two of Kenny McLean, Moritz Leitner and Vrancic in the midfield two, but without a recognised defensive midfielder, it may leave our new centre back partnership incredibly exposed. The second and, in my opinion, a more suitable option would be to partner one of our three deep-lying playmakers with the experience of Alex Tettey.

While I believe this will be more suitable, it is still not ideal as Tettey missed a large portion of pre-season and the general consensus among fans, at least amongst the ones I have spoken to, is that the Norwegian should be no more than a squad player due to his age and apparent deficiencies towards the back end of last season.

Yet here we are, preparing to face arguably the greatest team in the Premier League era and it appears that Mr Tettey is to have the job of containing the likes of Kevin De Bruyne, Bernardo Silva and David Silva – not the most enviable of tasks.

While that all sounds rather pessimistic and negative, it is arguable that last season certain injuries came as a blessing in disguise. For example, had Leitner not picked up an injury, Vrancic would have, most likely, not been on the pitch to put in that masterful performance in that monstrous clash at Elland Road in February.

So perhaps, although it may be more of a hope than a belief, our horrendous injury list could allow Amadou to prove himself as the answer to our defensive woes and as the outstanding candidate to be the consistent partner to Godfrey in central defence as, after all, when Ben himself first came to the club he was seen as a defensive midfielder first, centre half second.

Trybull’s injury may also come as a blessing in disguise as, although he has not let the team down or made any horrific errors, he has certainly endured a difficult start to the season. At this present moment, he is the most dribbled past player in the league, closely followed by Emi Buendia and Leitner who make up the other two spots in the top three, so maybe a period out of the team will do him some good.

Looking at it from a team viewpoint, perhaps a more combative, orthodox defensive midfielder in Tettey could be at least part of the answer to our defensive issues.

Now, that may be a rather optimistic, hopeful outlook and realistically it is hard to imagine that losing so many key players could have any form of positive affect on our season, however, if we were to be realistic at this point last season, we would’ve predicted another mediocre, lower mid-table finish in the Championship. But fast forward eight months and there we were, at Villa Park, raising the trophy after witnessing one of the most entertaining, enjoyable seasons in recent memory.

Although we won’t be seeing as much of a mesmeric turnaround this season and it is very likely that Man City will put a few past us, it is important to remember where we’ve come from before we blame the recruitment and the lack of money spent for our horrendous injury situation.

With the exception of perhaps Man City, Liverpool and maybe Chelsea, almost any club would seriously struggle with the number and severity of the injuries that we’ve had to deal with.

Furthermore, every team will have bad luck and unexpected injuries, so perhaps we’re getting our fair share out of the way.