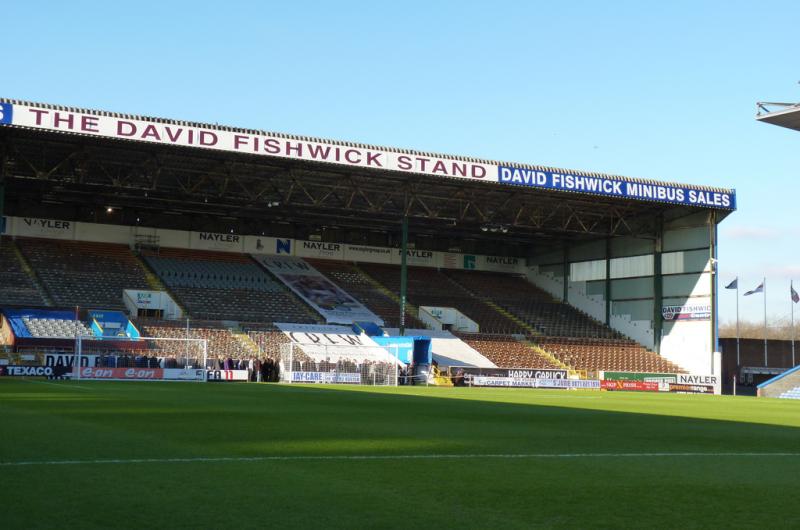 First up, before we get stuck into the nitty-gritty, tell us a bit about you, your Burnley story and who you pod for?

Burnley born and bred, so are both my parents, so it was always going to Burnley for me. You could literally see Turf Moor from the front room of the house I grew up in, with it being on the next street along! I currently podcast with TurfCast Podcast, which is my own creation.

I decided to create a Burnley podcast because I used to work in radio before getting made redundant, and after a while and getting a new job I kind of missed the content creation side of things, which includes videos for the social media channels. So I just made my own and I’m enjoying doing it, which is all that matters.

So, a steady start to the season, not unlike ours in that the games you have lost have been those you kind of expected to – ie. against the top six. A fair reflection?

Yeah, that’s fair enough. We’ve only lost at Arsenal and at home to Liverpool and as you say that’s expected. We’ve been impressive in our games against Southampton and Wolves too but were disappointing last time out against Brighton, but managed to get a point which in the end is obviously a positive.

What were the expectations when the season began? I’m guessing that five games in is too soon to revise them either way?

It’s always a case of get to 40 points and kick on from there for me if I’m honest. The Premier League for me can be split into three leagues, the top 6, the best of the rest, and then everyone else, and I think we can be the best of the rest of the rest this season without European football slowing our start to the down like last year.

In many ways, yours is the model we most closely follow in that you don’t spunk huge amounts of cash – at least you didn’t this summer – and Sean Dyche appears to have been given time to build gradually and turn you into a club that sees the Premier League as home? Also, I’ve seen your owner described as “one of the least wealthy football club owners in the Premier League”. We’re in that same club

We reap the rewards of being careful. We cut our cloth accordingly, for so many years while being a mid-table Championship club while watching clubs spunk money to get to the promised land of the Premier League. We built slowly while other clubs around us have been in and out of administration or just fallen through the leagues. We built slowly, and now we’re in a fantastic position for many years to come.

How have the summer signings settled in (albeit Rodriguez is merely returning home)? How’s Danny Drinkwater, for example, settling into life in the north-west? ? Are the new players going to make you stronger, or merely fills the gaps left by those that have departed?

Surprisingly, Erik Pieters has probably had the biggest impact so far of our summer signings. He was originally signed as a backup left-back for Charlie Taylor but Charlie picked an injury up in pre-season so Erik came in and got two assists and a clean sheet in his first game. Jay has had a slow start, but in his defence, he’s not had many minutes as he’s battling the likes of Ashley Barnes and Chris Wood who have had the positions for the last two seasons.

Last season was a tricky one for you … you mention the Europa League being partly to blame for that. Of more significance, I guess, is that you finished the season strongly.

The Europa League definitely had an effect even though we weren’t playing in it for long. We have such a small squad and we were playing Thursday-Sunday for six weeks, therefore we had a slow start in the league and then after that, we were playing catch-up for the rest of the season. With the players under pressure because of the slow start, they started making more mistakes and it was basically just a vicious circle. It was around January when we finally turned a corner.

Have you followed our story? You up to speed with Farklife

Yeah, it’s been a fantastic rise for you boys under Farke and with a very attractive brand of football too, with Pukki taking the majority of plaudits. Been a great start to life in the Prem too with your win against City last time out raising plenty of eyebrows and making some people, including myself, sit up and take notice of you, rather than just branding your style as self-destructive in the PL.

How would you describe Dyche’s style of football?

Compact would be the best way to describe it for me. A common misconception is that we’re just a long ball team, but that couldn’t be further from the truth. We defend as a unit when not in possession of the ball, then when we gain possession we look to get the ball wide to our men who can run with the ball and get us up the pitch before feeding the lads up top. If the option isn’t there to get it to the wide men we will look to hit Chris Wood, who plays on the last line of the defence and has probably already made his run.

Finally, prediction time. Firstly the score tomorrow, and secondly where we will both finish in the PL.

Despite your impressive result against City, I have to back the Clarets at home. We’ve played well in most games this season and although Pukki is on fire, I think if we defend properly we can win this one. I’m going 2-1 Burnley.

As for the season, I’m going for us 12th, and you guys 16th. My prediction on you guys literally changed last week with that result against Pep’s men. After watching that I’m confident you’ll pick up enough points at Carrow Road to beat the drop.

Ha! Lots of perceptions of us have changed since last Saturday but, oddly, I’m not sure that one result has made much difference to our overall chances. I think, because of the progressive football we play, we always had a decent chance of staying up, just as we would have if Man City had tonked us. But, we’d definitely take 16th.

Cheers for your time, Joe.