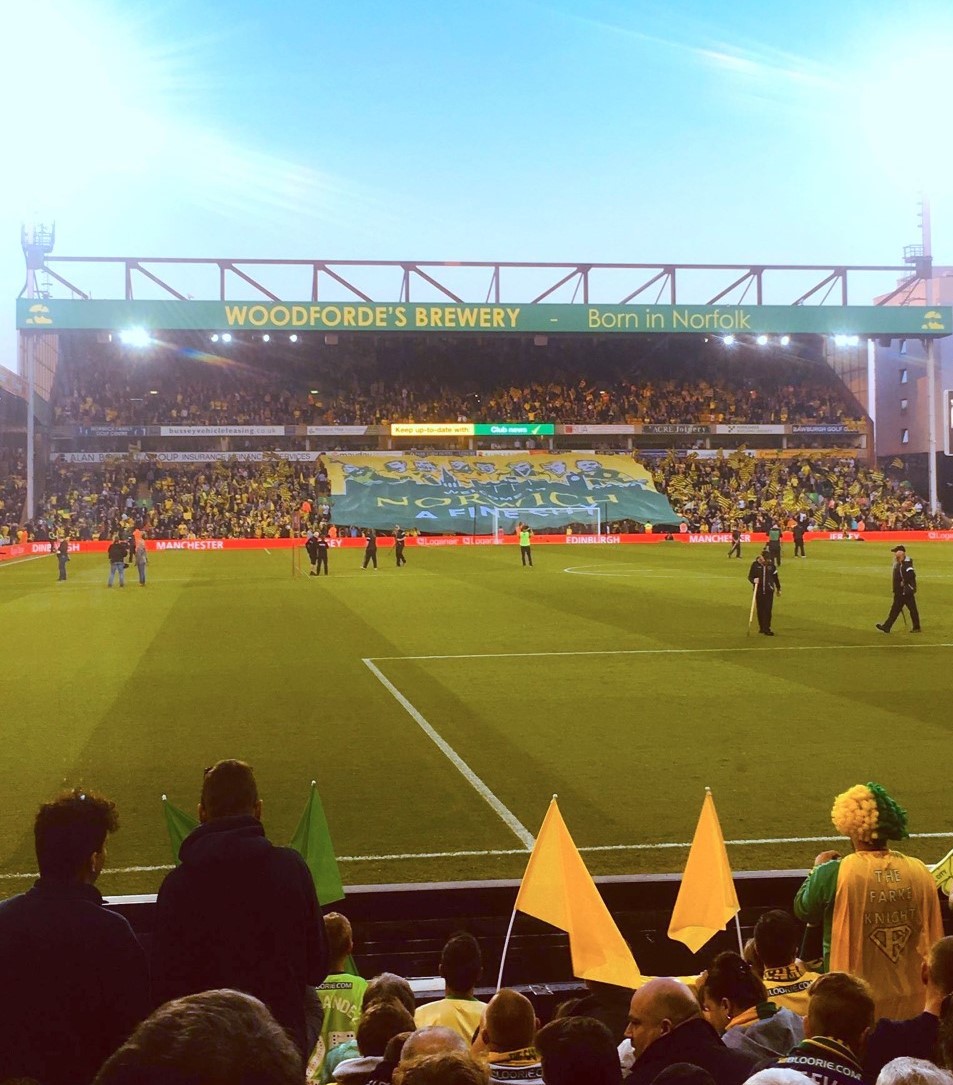 I always knew the mercy of going into national sports journalism would mean I wouldn’t be able to follow Norwich City up and down the country each week.

Such are the demands of my new – and first – job, a sacrifice of working weekends that has made me empathise all the more with fans who have been similarly deprived of watching their team for years – and often longer.

But of course, from covering an archery competition in Wales to interviewing Jofra Archer in Sussex, I have been keeping a close eye on events at Carrow Road. And, as those of you who were there on Saturday will be acutely aware of, it has not been pretty.

I will not pretend to be as well-informed about the current crisis – if you can call it that – as those who were at the Aston Villa game, or those who so admirably travelled to Turf Moor or Selhurst Park across the previous fortnight.

However, from assiduously studying the views of Messrs Davitt, Bailey and co, in conjunction with the eminent voices on this site, it appears unequivocal that City have problems.

The current injury situation has been well-documented, a genuinely bizarre phenomenon now verging on the comical after it was revealed Jamal Lewis had been forced to pull out of the Northern Ireland squad on Monday.

And while I don’t believe injuries can usually constitute valid excuses for a run of form as poor as City’s at the moment, I do feel this sheer severity of what we’re witnessing does represent a legitimate reason.

Match of the Day pundits can moan all they like about chaos seen across our backline in recent weeks and, to a certain extent, I agree with them. However, the notion that we’d have conceded quite so many goals with the warrior-like Christopher Zimmerman reinforcing our defence alongside Ben Godfrey is laughable.

Indeed, with three more players – Zimmerman, Tom Trybull or Alex Tettey, and Onel Hernandez – it’s surely feasible that we would have beaten Villa at the weekend. By all accounts, the scoreline did flatter Dean Smith’s side, who were admittedly clinical but also the grateful recipient of some startlingly naive passing that would not have been visible with any of the aforementioned names in the fold.

Furthermore, and on a very basic level, we have had a difficult start. Going to Roy Hodgson’s resurgent Crystal Palace and Sean Dyche’s Burnley are not easy games by any stretch, matches that any rational City fan would surely be satisfied with a point from.

Palace winning at the London Stadium and Burnley brushing aside a good Everton team this weekend show just how seriously they must be taken.

So, that logic would dictate Saturday was the only game we have lost so far that constitutes one we ‘should’ be winning – a setback but certainly not a result that should prompt the advent of a collective loss of faith.

And that is what worries me most about this season. That, after a dry run of results, Carrow Road becomes increasingly passive, increasingly indifferent and – gradually – increasingly starts to turn on our wonderful group of players.

And I cannot think of a solitary way in which that would be helpful. This squad’s brilliance is the fundamental reason we can sit here and call our team a top-flight side; engineers of the most joyous, memorable Championship campaign that will indelibly go down as a season where Carrow Road witnessed some of the finest, most-fluent football ever played there.

And let’s not forget, these players also toppled the might of Manchester City just three weeks ago, a triumph of spirit and unity over foreign riches and complacency that all those present will remember for the rest of their lives.

As with all newly promoted teams, it is home form that will most likely keep them up. I see no reason why City are a team who would buck this trend. If we are to defy the odds and stay in this division, Carrow Road will need to remain the raucous cauldron of noise it became on that super, September Saturday when Guardiola and his men came to town and walked headlong into an ambush.

The last three weeks will not define this City side. What we have witnessed has merely been a severely depleted squad encounter three tough-ish games and run progressively lower on confidence.

They will come back at the Vitality Stadium hungrier, fresher and knowing they have a point to prove after the international break. Key players will return. The wins – and more astute defensive performances – will soon start to come. If there’s one thing we’ve learned about this team since the beginning of last season, it’s to never, ever write them off.

So, whatever happens over the coming weeks, I hope Carrow Road does not lose that unique sense of joy, buoyancy and togetherness that so conspicuously characterised it last season. These players will need our support, need our loyalty, need our steadfast backing come what may to help see them over the line.

And, while I may not be there most weeks to deliver it myself, it would fill me with pride to know that those of you who are can help provide it in my absence.