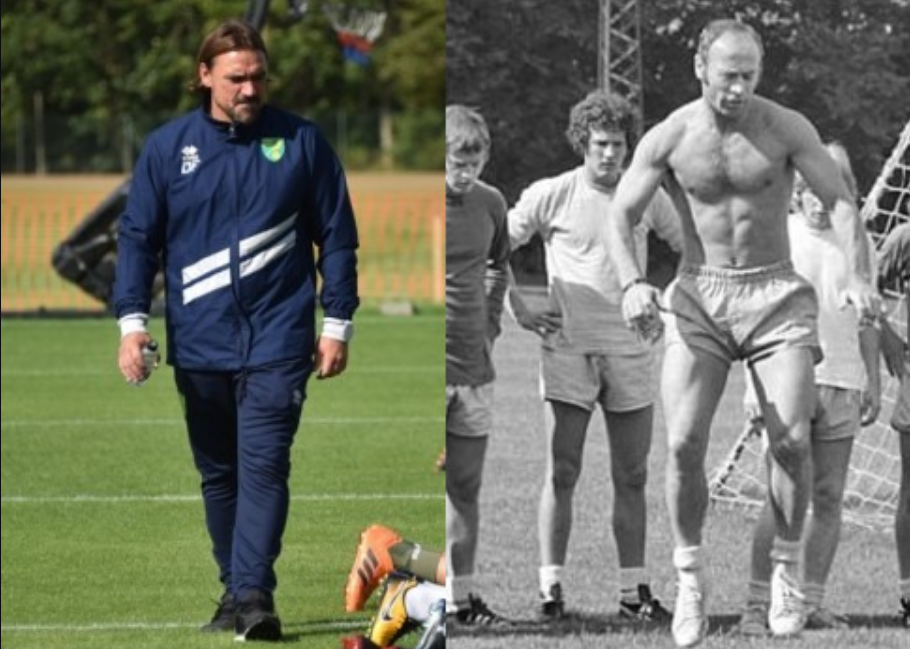 During the previous international break, MFW asked our readers for their suggestions regarding “who is your favourite Norwich City player of all time – and why”. We got some cracking responses from all concerned, including one from the great man himself, Darren Huckerby.

This time around we want to know who your favourite City manager has been and most importantly, why.

I am entirely split between two and cannot put a Rizla between them.

It’s a bit like saying do you prefer Michelle Pfeiffer or Halle Berry? Or in the interests of equality, Mrs P suggests Richard Gere or Hugh Grant. A difficult one is this.

But I’m only allowing myself to select one and for me, it has to be [dons tin hat] Paul Lambert.

Following that truly appalling mauling against Colchester, a light went on in David McNally’s head. Get him in.

He did what he could with what he had [we must all thank Gunny for recruiting Holty] and got us out of the mire that is League One. I cannot remember all the recruits and certainly not in chronological order and quite possibly several of these were signed following our promotion to the Championship:

And so many more I’ve forgotten.

We played great stuff that season and repeated it in the Championship.

Anthony Pilkington and others joined us to eventually ensure we achieved promotion to the PL (Promised Land). And more or less cruised to a mid-table finish.

And then, of course, it all turned sour. Very sour. The last game of that season was at home to Villa and their fans knew something most of us didn’t, which is why as soon as we finished our chorus of “one Paul Lambert” they started up an identical chant of their own.

A rarely aired rumour had it that Lambert approached McNally to suggest/demand the signings of Michu and Christian Benteke, which led to Alan Bowkett dubbing Lambert “the most impatient man I’ve ever met”. I believe in that rumour.

Shortly afterwards Lambert was gone. To Villa, so no surprise there, then.

Latterly his career has bottomed out. I don’t feel sorry for him in the slightest but would like to sincerely thank him for providing three seasons of the most passionate, enjoyable Norwich City performances I have ever witnessed.

Simeon Jackson against Derby, anybody?

Just to help you good folks out, the first City manager I can remember is Ron Saunders of Mousehold Heath infamy.

As ever we’d love to hear your views. Let us know who you would pick as your top manager and, of course, why.

Thanks to MFW commenter Herr Cutz for suggesting this topic. I know him better as Cutty and sometimes even David. He’s made me do some research for the first time since I left Uni. But I still love him