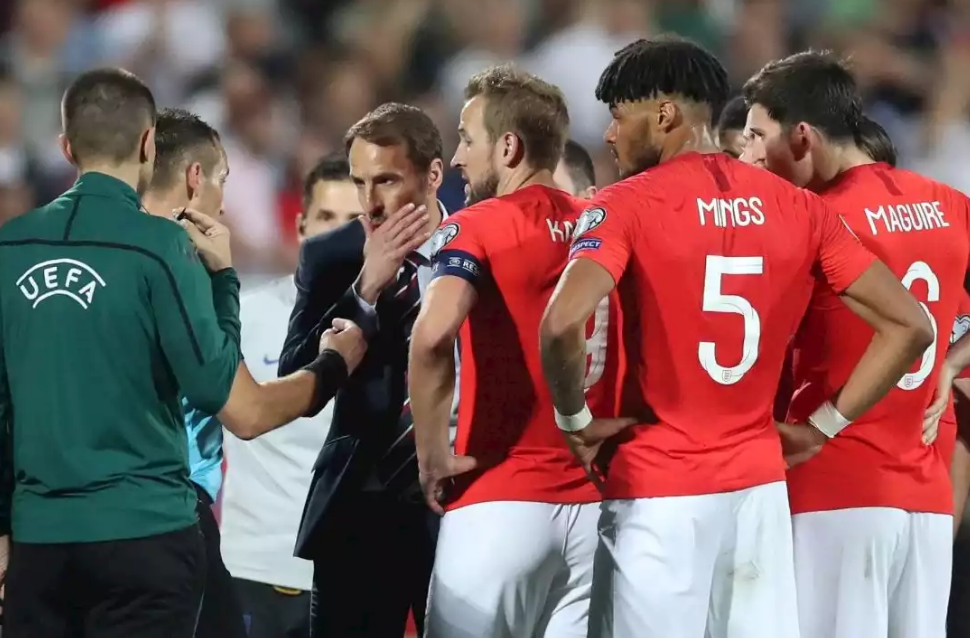 It was in the East Anglian Derby in 2015 when I first saw Tyrone Mings play.

Mings, along with 17 other members of Mick McCarthy’s merry men, were those who descended on Carrow Road in February that year, for 90 memorable minutes playing the pantomime villains that Alex Neil’s promotion-winning heroes sent back to Suffolk red-faced and well-beaten.

And, while Mings – and not Mings alone – was one of the most visible antagonists that day and has gone on to continue such exploits throughout his burgeoning career, I don’t think it’s unreasonable to say the whole of the Norwich City community would have united behind him in Sofia on Monday night.

We all saw it. We all heard it. Amplified by ITV’s brilliant half-time coverage – narrated by the equally brilliant Mark Pougatch and Ian Wright – Mings, and several others, were the subject of racial abuse so abhorrent it prompted Borislav Mihaylov, the Bulgarian Football Union president, to resign from his post.

Mings, for all his flaws, of course did not deserve this. This was a man on international debut, justifiably earning his place after a string of stellar performances in claret and blue to both catapult Aston Villa into the Premier League and now help them to a solid start this season.

Instead of his England bow being remembered for a dependable defensive performance and a clean sheet to help his country on their way to the European Championships, it will be remembered as a night of footballing infamy as miserable as us fans can probably remember.

But this was nothing new. Rather than a watershed, Monday night instead represented the most conspicuous and audible example of this virulent European racism, made all the more visible by England’s defiant response.

Think of Podgorica earlier this year. Think of all the incidents that take place in Italy’s Serie A, instances that rather than diminish, only seem to grow in volume year on year. What happened in Sofia was merely the most flagrant manifestation of a problem that will not go away.

But Gareth Southgate’s men dealt admirably in the face of such evil; red beacons of majesty who glowed under the bright Bulgarian lights. Of course, they were completely right to consider walking off. That they didn’t was only testament to UEFA’s – long-overdue – ‘three-step’ policy that, in fact, proved surprisingly effective on the night.

While the game was not abandoned – again, the result of the monkey-chanting and abuse diminishing after half-time as a result of the referee’s actions in the first-half – the notion that a team should play on and ‘let their football do the talking’ in spite of such callousness is pure lunacy. Nobody should be expected to do their job while on the receiving end of unrelenting, wickedly-motivated racism.

How UEFA will now respond is anyone’s guess. As we are all acutely aware, their track record for dealing with such horrific abuse is far from exemplary. Their inability to provide even the most rudimentary of statements condemning those fans on the night of the event spoke volumes. They are part of the problem – not the solution.

Rhetoric from Aleksander Ceferin such as ‘waging war’ on racists is no good unless it is backed up by real, punitive, message-disseminating actions. Ban international football from coming to Bulgaria until the government can prove racism is stamped out. Sack the manager for his ludicrous pre-match comments comparing racism in England and his country. Or, for his blissful ignorance in the post-match press conference where he stated he will not believe racism was present until it is ‘proven’. Punish all those Bulgarian journalists who treated the whole debacle like it was all one big joke.

But back to Mings. He may be, for City fans in particular, one of English football’s more unlikeable characters. Yes, we will never forget his continual attempts to stir trouble in East Anglian derbies, and his – at times – overly-exerted aggression ever since. Most recently, we all know his stamp on Nelson Oliveira appeared far too deliberate for it to be branded an ‘accident’, or not motivated by malice.

On Monday evening, however, he had the apogee of his footballing career transformed from what should have been a moment of unadulterated joy to one of sadness, misery and despair. No-one deserves that. No-one should have to endure such naive, senseless, completely irrationally evil abuse.

As a football community, we can only hope that the response of Mings and his team-mates will serve as a turning point, not an act of resistance that – once again – fails to bring about any genuine, long-overdue, change.