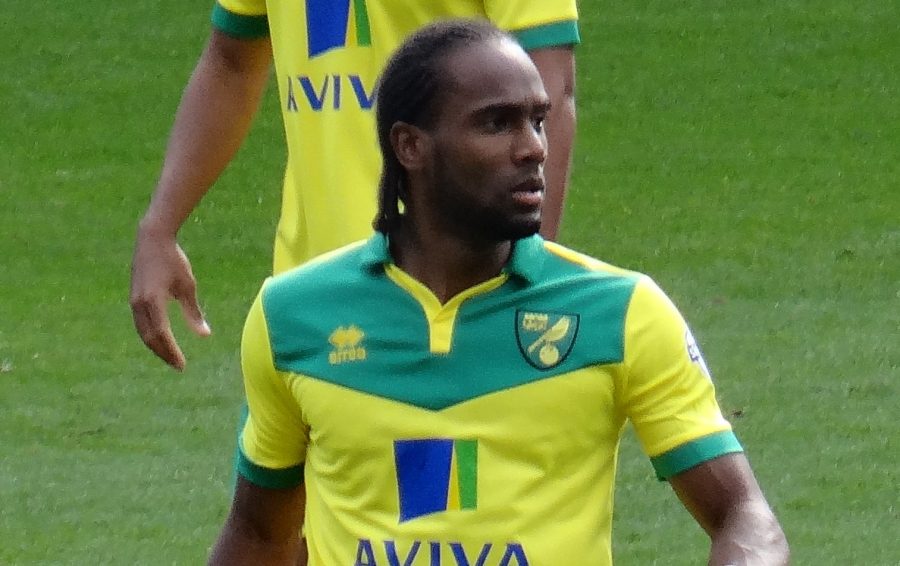 After a start to the season that has seen City play some of the grand old names of English football – AFC Bournemouth v Norwich City is not a fixture that evokes memories of bygone days. Say Bournemouth and most City fans would think of the seaside and retirement homes. But today, despite their small homely stadium, The Cherries are very much part of the Premier League fabric.

Much of our history against Bournemouth takes place in the old Third Division South and pre the swinging ’60s. In those days it was Bournemouth and Boscombe FC that Norwich faced as opposed to the modern-day AFC Bournemouth.

The club can trace their roots back to 1899, however, they were relative newcomers to the professional game, finally joining Norwich in Division 3 South for the 1923/24 season. The first meeting, a 1-1 at the Nest, the return, in Bournemouth, a 1-2 City win.

During those early days, City enjoyed the upper hand, particularly at home, where they won eight in the first eleven home games. There were also goals aplenty for the Canaries scoring four or more in five of those wins. The 1933/34 season was especially memorable with Norwich winning 6-1 and 2-4 on their march to their first Division 3 South title.

The next time the two met, the tables were well and truly turned. It was a Christmas special in 1946/47, Norwich winning 0-1 at Bournemouth on Christmas day but the Carrow Road return a day later, on Boxing Day, saw City slide to their heaviest ever home defeat, a 1-6 thrashing. A record home defeat that stood until the Colchester debacle in 2009.

Bournemouth’s record at Carrow Road is actually quite impressive, none more so than in the 1950s where City suffered four consecutive home defeats and a dismal run of eight home games v Bournemouth without victory.

The last of those home losses came on 10th October 1959 with Bournemouth returning home from East Anglia with a 2-3 victory. A solitary point that season against The Cherries proved to be a minor irritation as Norwich ended the campaign promoted to Division 2 and, with it, themselves and Bournemouth parted company, our respective fortunes going in opposite directions.

It was 40 years before the two played again, and this was in the 2000 League Cup. There were a further 14 years before they finally played each other in the league again. The gap between league fixtures extending to 54 years, by far the longest of all City’s top-flight opponents this season.

It’s strange to think that Norwich has played Bournemouth 57 times but only four of those games have taken place in the top two divisions.

One of those clashes proved to be one of the stand-out games of the 2014/15 season. That year Eddie Howe’s Bournemouth were flying, top of the table, scoring goals for fun. Norwich, under Neil Adams, were faltering in their quest for an immediate return to the Premier League. By the time Norwich arrived on the south coast on 10th January 2015 Adams was gone and a new man, Alex Neil, was watching in the stands.

Despite conceding an early goal, City rallied. A dramatic second half saw Neil come down to the dug-out inspiring his new side to an unlikely 1-2 win thanks to a Cameron Jerome belter and a backs-to-the-wall display after a Jonny Howson red card.

The celebrations that evening in front of the away end felt special. It was leaders Bournemouth’s first defeat in 15 and it was a win that would re-ignite City’s season. Starting that game in seventh place, Norwich would lose just three more league games on route to Wembley and play-off glory.

With both Bournemouth and Norwich promoted in 2014/15, the 12th September 2015 was a milestone in our histories. The first meeting between the sides in the top league of English football. Norwich won that one 3-1 but it was Bournemouth that survived that year, their 3-0 win in the return fixture illustrating the gulf that had opened up between the two. It was a damaging defeat in Norwich’s, ultimately unsuccessful, battle against relegation.

As we have seen, for many years, Norwich and Bournemouth did not play each other as they occupied different leagues. However there is a unique connection between the clubs as 13 members of the Norwich City Hall of Fame, have also represented Bournemouth. They are as follows: Les Eyre, Ralph Hunt, John Bond, Tony Powell, Ted MacDougall, Phil Boyer, Mel Machin, Doug Livermore, Kevin Reeves, Jimmy Neighbour, Dale Gordon, Efan Ekoku and Andy Marshall.

The key name in this list was John Bond. Bond began his managerial career at Bournemouth winning promotion in his first season 1970/71. He almost made it back to back promotions before his move to East Anglia.

At Bournemouth, Bond had developed a side of bright young talent of which, much to his formers club’s frustration, he raided regularly. Powell, MacDougall, Boyer and Machin all followed their former boss to become first-team regulars, with Norwich, in the top flight. MacDougall won the First Division golden boot, Boyer an England cap and Machin became Ken Brown’s number two before becoming a manager himself at Manchester City.

A golden period for the yellow and green thanks largely to Bournemouth’s academy.

Whether it is this connection, the pleasant surroundings of the Dean Court or the fact that we, the British public love an underdog, but most Norwich fans would hold a soft spot for The Cherries. The last visit to Bournemouth came in last season’s League Cup. City lost on that occasion but the game was an early indication that ‘Farkeball’ belongs at the highest level.