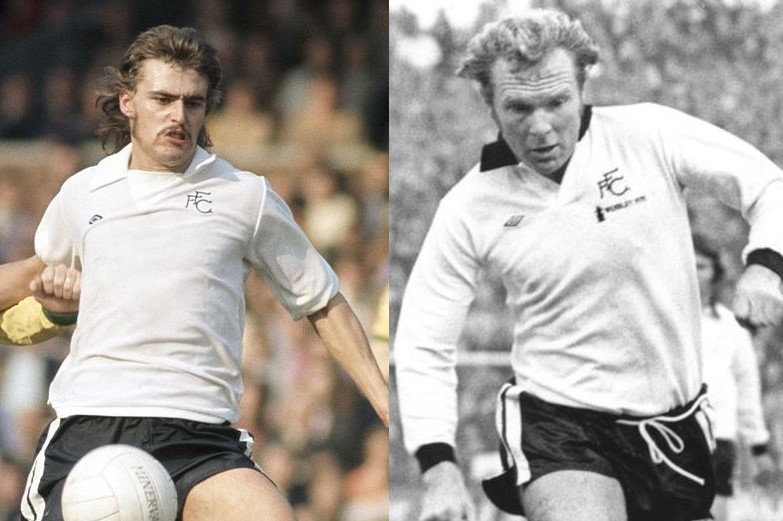 A well-trodden path that is referred to as spin-doctoring, a speciality that, amongst others, a certain Alistair Campbell has been seen to excel at.

It’s not unique to politics of course. It’s been as much a tactic as 4-4-2 and the hard press in football for decades.

John Bond knew enough about how to handle a bad story back in 1976  to know that the best way to fight a fire was to start one of your own, ensuring, in the process, that your fire turns out to be bigger and to burn more fiercely than anyone else’s.

Which means everyone will be talking about your conflagration rather than the other one.

A wise move. Because even if Bond had been able to assemble a team of spin doctors that included the Dalai Lama, JFK and Lord Nelson, there was never going to be any positive way of extracting positives out of  Ted MacDougall’s imminent departure and no amount of spin that could be conjured up to do justice to it.

Yes, it was really that bad. If you’d like a modern-day comparison, then consider this.

Teemu Pukki has just scored his hat-trick against Newcastle. Everyone is talking about him. He’s the man that is pushing Norwich onto the back pages of newspapers that aren’t owned by Archant.

He’s a bit special. And he’s ours.

So imagine the collective seethe if, 48 hours or so after he’d very publicly dismantled the Newcastle defence, the Canaries went and sold Pukki to Nottingham Forest.

Ted was the Teemu of the day. He’d rattled in the goals for Bournemouth in the old Third Division, but big-money moves to big clubs in the form of Manchester United and West Ham hadn’t worked out for him.

Yet it all came good for him at Norwich under Bond. 134 first-team appearances and 62 goals. including, gloriously, two hat-tricks in consecutive home league games against Aston Villa (5-3) and Everton (4-2).

Yet, for all that, Ted found himself pining for Hampshire. So, when Southampton waved a cheque for £40,000 in the direction of the Carrow Road boardroom, it was a case of “… so long, and thanks for all the goals”.

And Ted was gone.

Bond knew that the only way to cut short the collective yellow and green caterwauling that chased Ted all the way down to his new home at The Dell was to get his replacement in straight away.

As in, on the same day. Who knows, they may even have passed one another on the A11?

The man given the singularly unenviable task of replacing Ted in the hearts and minds of Norwich supporters was 26-year-old Viv Busby, who joined the Canaries from Fulham for just £40,000 – the same amount that Norwich had received from Southampton for MacDougall.

Now, bear in mind that Ted was so popular amongst the Norwich support that, short of signing Allan Clarke or Malcolm McDonald, Bond was on the proverbial hiding to nothing with regard to who he brought in. Because the immediate reaction of the Norwich support would have been “… well he hin’t as gud as Ted, is he?”

And maybe that’s what some of them did say. But at least it meant that everyone ended up talking about the new boy rather than lamenting about the one that had just departed.

It probably wouldn’t have helped matters if they’d known that Viv had hardly been aching to get away from Fulham. Far from it. Because he was very happy where he was, as he explained to me when we met up for a long and wonderfully revealing chat for MyFootballWriter.

“I’d signed for Luton as a professional when I was 20. It was the best day of my life when I put pen to paper on that form. I’d been around loads of clubs, having trials and getting rejected, time and time again. I wasn’t big enough, strong enough, fast enough. Or good enough, according to some. I’d been working in an office and was beginning to think that football wasn’t going to be for me.

“So, of course, when I signed as a pro, I had a little bit of a celebration. It was a big moment for me after all, the culmination of a lot of hard work and effort. I was just beginning to enjoy myself when my dad took me to one side and said, ‘You think you’ve f*cking made it don’t you?’

“I was shocked to hear him say that.

“No Dad, of course not. But this is a special day for me, so I just wanted a little celebration”.

“But Dad was unrepentant.

“Now you’ve signed, the real hard work begins. You’ve now got to be at it every hour of every day. Every week, every month, every year. Never stop working hard. Because the moment you do, you’ll be back in that fucking office pushing paper around again before you know it.

“I never forgot that. I made sure that, whatever ever I did in the game, training, playing, whatever, I always put the maximum of effort in. Never hid. Worked hard. Gave it everything”.

Viv’s mentor at Luton was manager Alec Stock who rated Viv enough to take him to Fulham with him so, after 16 league goals in 77 league games for the Hatters, Viv headed off to the bright lights of London and Craven Cottage in time for the start of the 1973/74 season.

“I couldn’t afford to live in London mind you. So I stayed put in Bedford. It ended up being quite a commute from there to London and back every day. But Alec was a generous man (!) who made sure I was given £8 a week towards my travelling expenses.”

Moving to Fulham was a step up for Viv in no end of ways, not least the calibre of player he now found himself playing alongside.

“…and Bobby Moore, of course”.

Viv’s respect and admiration for Moore is unbridled. I tell him how, not long after Moore had been appointed manager of non-league Oxford City, Norwich had reportedly asked him about succeeding John Bond as the club’s new manager but had seen their offer turned down as Moore didn’t want to leave his new club so soon after joining them.

“I couldn’t believe I was playing alongside him. It had only been a few years earlier that I’d been watching him lifting the World Cup. Now I was playing in the same side as him. What a player he was. He couldn’t run, he couldn’t tackle, he didn’t really move much at all. But he could play. He’d be talking to me throughout a game; this is a defender knowing what sort of runs a forward should be making. But of course he knows, as he’s had to deal with them throughout his career.

“He was always talking”.

“ ‘Make your run when the defender does such and such. Take him back then make your move across there. I’ll be knocking the ball up to you and it’ll land on your chest’. He’d say what was going to happen and it did. Then he’d say what he was going to do with the ball and he’d do that as well. Mooro would then look over to me and say, ‘…that’s your game Viv, that’s your game’. He’d take the ball out of defence, calm as you like before clipping a pass right to the feet of Les Strong, ‘…deal with that, Strongy’, he’d say and I’d be looking on and thinking, ‘Jesus, how does he do that?

“It was fate we ended up playing West Ham in the 1975 FA Cup Final. Because I don’t know how the bloody hell we got there otherwise. Carlisle absolutely battered us in the quarter-final and how we got past Birmingham in the semi-final, well, I still don’t know today. But there you go. It was fate for Bob to play his old club in the final that year, that’s all I can say.”

It’s a somewhat trite question to ask but I do so anyway. What’s it like, I ask Viv, to play in an FA Cup Final?

“Mooro told us that, above all, we had to enjoy ourselves on the day. To forget the occasion, forget our nerves and to ignore the crowd. To focus on playing your game and winning the match. It was, don’t forget, a huge occasion back then, more so than it is today. We threw ourselves into it, team lunches, meeting Michael Parkinson, all the TV and radio interest for a couple of weeks or so beforehand.

“There’s 100,000 people in that great old stadium. You’re playing there with Bobby Moore. It’s a second home to him. I’m sure he enjoyed the day and yes, we lost 2-0, but I still enjoyed it, it’s something I’ll never forget”.

Tomorrow, in part two of his chat with Viv, Ed finds out how out the move to City came about and how it all quite quickly unravelled…