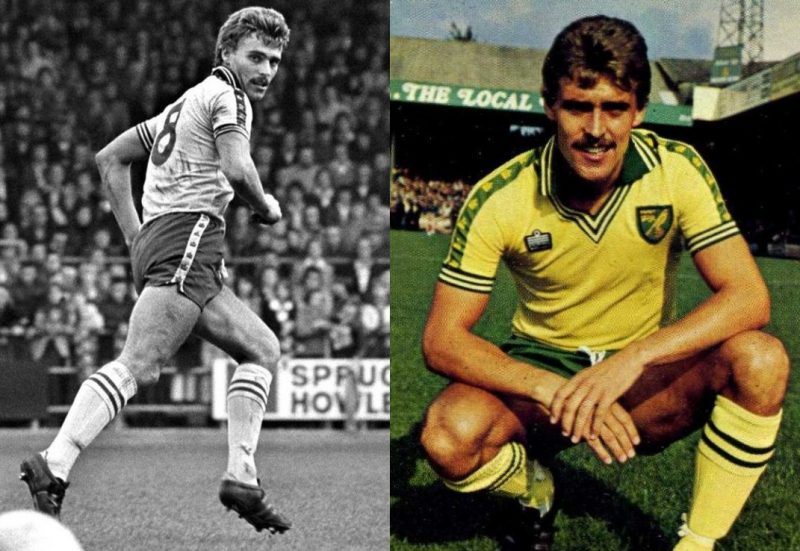 In the third and final part of their interview, Viv and Ed talk Bondy, the move to Stoke and beyond.

Four days later, Viv, who has, by now, been placed on the transfer list, is back in the side for the game against Manchester City at Maine Road. Norwich lose 4-0 with two of the Sky Blues’ goals coming from Mike Channon, his first for the club. Needless to say, John Bond, again, gives his shell-shocked players the hair drier treatment after the match.

“At that point I was thinking of my old manager, Alec Stock, who I played under at Luton and Fulham. I’d had rows with Alec on more than one occasion and, after one particularly bad one, I decided to get to the ground early and, one way or the other, have it out with him. We were meant to report for training at Fulham at 10am but I was there by 9:15am and went straight to his office.

“Yes gaffer, I wanted to apologise for what I said to you after our last match”.

“Think nothing of it Viv. It’s all part of the game and it shows you care. It’s forgotten”.

“You wouldn’t have had that response with Bondy!”

There was, at least, a chance for Viv to move on and continue his career elsewhere at this point. He didn’t want to leave Norwich, but when John Bond called him over at training one morning there seemed little chance of that happening.

“Viv, West Brom have come in for you. Will you get yourself up there and meet up with Ronnie Allen?”

But John Bond had, it seemed, changed his mind.

“No Viv, you’re not going anywhere”

“You what? You want me out, but you’ve decided you won’t sell me to another Division One club? That’s out of order”.

“I was furious and went off to see the Chairman. It was Sir Arthur South. He was a nice chap, but he didn’t really help, he just said, ‘… well Viv, he is the manager you know’. So that was that”

By now, Viv had played in the game against Bristol City where, in front of a crowd of just 13,940 at Carrow Road, he didn’t even play the full 90 minutes after being substituted and replaced by Roger Gibbins – who ended up scoring the only goal of the match.

It seemed a case of ‘the King is dead, long live the King’.

“Sure enough, just after that game, another summons from Bondy. ‘Stoke are in for you, get up there and meet George Eastham’. He was an ex-player of theirs, a lovely man. Maybe too nice to be a manager, the complete opposite of Bondy.

“Stoke, of course, were in Division Two. So he wasn’t worried about selling me to them”.

Viv signed for Stoke and spent four years at the club. He wasn’t always considered a first-team starter, not least because Garth Crooks was then making his way into the game and team at the time. But it was, at least, a settled period in his life.

“I didn’t see Bondy again until the PFA Dinner in 1982 when I was assistant manager of York City. He was there, saw me and came up, ‘… how you doing Viv?’. I only had one question for him really, which was, ‘why did you treat me like a piece of 5hit at Norwich?’

“ ‘Ah, Viv. It’s what Ron Greenwood would have done’. Greenwood was his mentor at West Ham”.

“Viv, I shouldn’t have sold you. I know that now. I’ve learnt from it”.

“So had I. I was getting into coaching by now and had long decided that I was going to put into practice all the good things that I had learnt from Alec Stock whilst, at the same time, making sure all the things I didn’t do related to those I’d experienced with Bondy. I should say, mind you, that his coaching sessions were tremendous, and I took a lot of the things that he did with us at Norwich to the clubs I ended up coaching and managing.

“We met up again when he was in charge of Shrewsbury and I was at Hartlepool. I saw him in the car park in his big car, went out to meet him and we had a big hug. We ended up becoming great friends in the end”.

Of all the clubs Viv was associated with after he had left Norwich, it’s very clear that he still has an enormous soft spot for Sunderland for whom he worked as assistant manager to Dennis Smith. Under their management, Sunderland benefitted from Swindon Town’s off pitch misdemeanours and were promoted to the First Division in 1990 only to end up being relegated again a year later after a 3-2 defeat to Manchester City in the final game of the season.

“We had 15,000 fans at Maine Road that afternoon. Who saw us relegated. Once the game had ended, we were sat in the dressing room, it was a miserable place as you can imagine. Then the Chief of Police came in and said, ‘Viv, your lot haven’t left the stadium yet. You’re going to have to get out there so we can send them home’.

“Now, we’d just been relegated and he’s asking us to go out and thank the fans! But we did. And they gave us a tremendous reception. They’re amazing people up there, they love the club. If someone can make it really take off in Sunderland, well…”

Did he fancy having another go? Viv laughs. “Yeah, why not?”.

We talk about the (at the time of writing) managerial vacancy at the Stadium of Light and I mention some of the names being linked with the job.

And said with feeling.

The words and emotions of a man who is, clearly, still in love with the game of football. One who still feels, to this day, he wasn’t given a chance at Norwich to show both his manager and teammates, as well as the club’s fans (“… they’re brilliant, the fans at Norwich, absolutely first class”) what he was really capable of doing.

Viv is now 70 but still plays the game regularly – he’s involved, along with another ex-Canary, John Ryan, in a group that meets to play ‘walking football’ although, as he admitted to me, “… we don’t walk, we still run!” 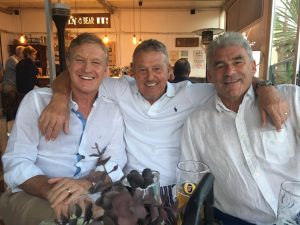 Before we finished the second of the two long chats we had, he told me that, later that day, he was meeting up with Ryan as well as Kevin Bond for a chat, a few drinks and a bit of a catch-up. I have little doubt that Kevin’s dad, who, sadly, passed away in 2012, will be one of the topics of conversation.

Which meant the sparks were always going to fly, both on and off the pitch!