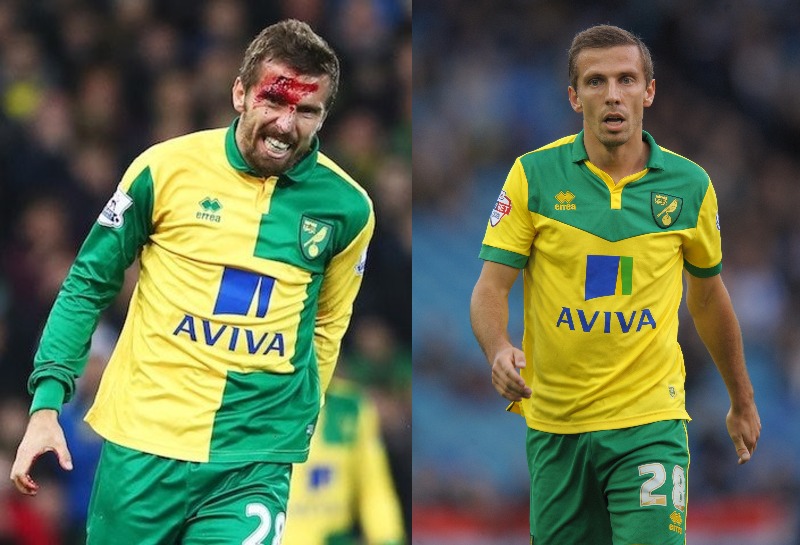 In an exclusive interview with 888sport, former City midfielder Gary O’Neil has lifted the lid on his departure from the club, and offered his thoughts on the qualities of Alex Neil, Emi Buendia’s worrying lack of pace, City’s commendable but naïve open philosophy and going to war with Alex Tettey.

The highlights are here…

When you’re in one of the better teams in the Championship you get most of the ball and spend most of your time in the attacking third.

Look at Liverpool with Mane and Salah and that’s my belief as to why Dele Alli is struggling at the top end of the pitch: he lacks that little bit of pace that the real top players all have now.

Ten years ago you could be a quality player but not be so quick but now you need so much pace and I just wonder – despite Buendia being a fantastic talent – if that’s a factor. I hope he’s a success because I’m a big fan of Norwich and loved my time there but if he’s not that will be the reason why.

Alex Tettey is a player to go to war with…

What impressed me the most when I first arrived at the club was just how good the players were at what they did. Tettey had no illusions about his role and he stuck to it. He was and is one of the best at that role: who sits and protects, breaks up play. He protects the ball well in possession. You know what you’re going to get from him. He’s hard-working and a reliable character. If you were going to war on a Saturday you were pleased Alex Tettey was alongside you. He was one of those guys.

Alex Neil is a better coach than Allardyce or Redknapp, the best I’ve ever worked with…

I believe Alex Neil is under-rated as a coach. I was at a stage when I wanted to go into management and I had done my coaching badges. Alex Neil arrived from Hamilton and nobody really knew who he was despite him having a fantastic spell up there. He came in and he was so diligent in his analysis and how we were going to approach this game and how they played on the Tuesday and how we were going to do it this way and why. What their strengths and weaknesses were. So that was a huge learning curve for me that year and a half I had under him at Norwich. He was impressive.

Towards the end when things started to unravel some of the lads started to question how much info they were being given. Because you can give too much information. But I was never one of them and wanted as much info as possible, that’s just who I was. I really enjoyed it and thought he was fantastic.

I have worked with some great managers – Sam Allardyce, Harry Redknapp – but when people ask me about them Alex Neil always sticks in my mind. Because of how he was and his football intelligence. Football management has changed a lot in recent years and he is definitely a more modern type.

I spoke to him in the summer and told him that I thought Preston would have a good year because the Championship isn’t quite as strong as recent seasons and I knew Preston were as good as or better than they were last season.

Norwich’s open philosophy is commendable but naïve and counter-productive…

It’s a tricky one isn’t it. I want to be a manager so I always think of it from a manger’s point of view and you want to stick to what you believe but if you are honestly not at the same level as the majority of other teams – which on paper applies to Norwich in the Premier League then can you be open and expansive?

Last year Norwich could do that because they had some of the best players. It’s why Manchester City can be open and expansive because they have the best players so if they’re left with a one-on-one they’re generally okay as their defender is quicker and stronger. Whereas with Norwich there comes a point where you have to think twice and accept that an opponent is better than they are and if they play open and expansive more times than not they will come out on the worst end of it.

Do they need to throw it all in the bin and be tight and direct and defensive? No, but it’s the manager’s responsibility to the club and to the fans to make sure they’re competitive while still sticking to their beliefs. Whether that is finding some tweaks or a halfway house, or changing it in certain games but still playing as they did in the Championship when at home against the weaker teams. At the moment it looks to me like they’re sticking to what they want to do rather than adjusting to the situation in front of them.

It’s somewhere between commendable and naïve and I just fear if it carries on it will get closer to naïve.

The City players who have impressed me most…

Buendia was fantastic (last season). Teemu Pukki obviously with his goals, movement and intelligence. I really like Max Aarons, the full-back. He’s quick with good feet.

The unsung hero for me is Ben Godfrey. Maybe not ‘unsung’ but he doesn’t get the limelight of some others. I was there when he signed as a number 8, a box-to-box midfielder from York. He was talented but very raw: you could tell he was coming out of a lower league at the time. So to manage to polish him as they have and move his position too is a fantastic bit of management from the club.

All credit to Daniel Farke because he’s become a fantastic player.

I’ve got really good memories of that year. I’d left West Ham where I’d suffered a really nasty injury and gone to QPR in the Championship where we got promoted but they decided they didn’t want to keep me. So in came Norwich who were in the Championship and I wasn’t sure if I would ever get the chance to play in the Premier League again.

When you realise that at such a stage in your career you really appreciate it and I remember winning at Old Trafford and playing 82 minutes of that and then winning at home to Arsenal and drawing at home to Man City. There was a real togetherness so I look back on it fondly but I hate coming away from a club and feeling like we failed to meet our goal. We were so close.

It started when we lost to Palace and Timm Klose got injured. We didn’t really have anyone to step in and that weakened us hugely with three or four massive games left. We then lost to Sunderland and couldn’t recover. So that hurts but the relationship I had with the club and that season until the sour end I will always remember fondly.

Why I left Norwich (and regretted it since)…

I spoke to Alex Neil quite a lot and we got on really well. I was at an age where Norwich said they were happy to keep me but only for a year and they weren’t sure how involved I would be. They were going in a new younger direction. I wanted to stay but then I had a phone call from Bristol City and they had a two-year project and wanted me to be a big part in it. They had a young manager in Lee Johnson and it gave me a chance to see how he did it.

Looking back on it the Bristol City time was a nightmare with an injury issue that couldn’t be cleared up. So in hindsight…

Nothing takes away the fact that I had a fantastic two years at Norwich and loved every minute of it. It’s similar to Portsmouth where you get a real family feel and they have fantastic support.