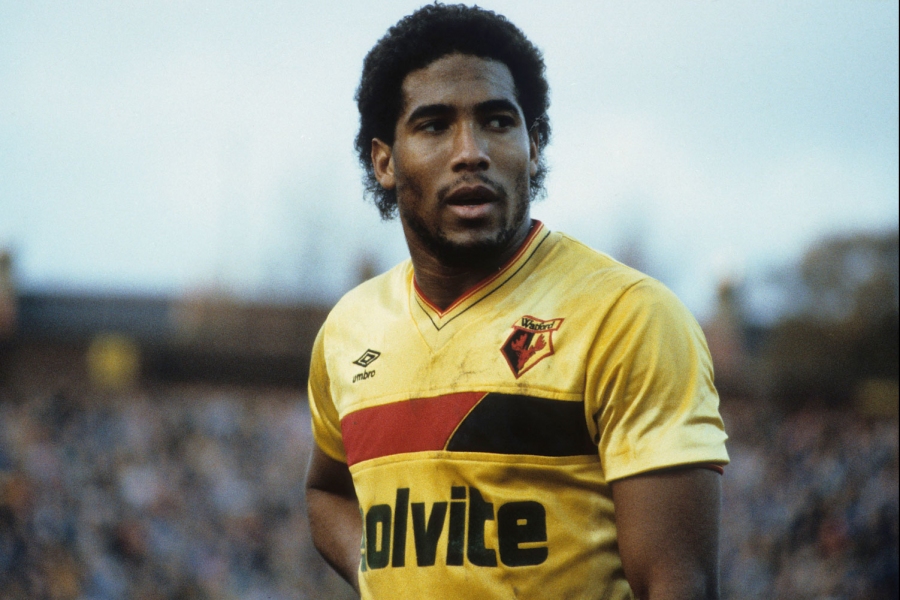 Friday night football is back at Carrow Road. There is no better way to end the working week, as we welcome fellow ‘yellows’ Watford FC to Norfolk. With both sides occupying the bottom two spots it’s already shaping up to be an epic battle. A classic ‘six-pointer’, but, as we shall, see it’s not the first time a result against Watford has defined the outcome of our season.

Personally, Norwich City vs Watford holds special memories for me. The 13th March 1982 was my first visit to Carrow Road. My first experience of live football, from which point I was hooked. It certainly helped that I witnessed a thrilling 4-2 Norwich win, including a goal (I believe) from future Norwich manager, Martin O’Neill.

Our paths first crossed as non-league teams. Watford were promoted to the Southern League in 1904/05 and Norwich elected the following season. They both competed in the Southern League over the next eleven seasons, Norwich generally finishing above the Hornets.

The run continued with both sides joining Division Three South in 1920/21 and extended until 1933/34 when Norwich finally got promoted, by which point we had faced each for 25 consecutive seasons. During the 1933/34 promotion year, City recorded two 3-1 wins over Watford, the latest of which came during the run-in, leaving us on the verge of promotion and the title.

We met again on the conclusion of the Second World War. That sparked an amazing run of nine home wins in ten and an even more impressive run of just one defeat in 12 trips to Vicarage Road.

The hard work had already been done, five days earlier, at Leyton Orient, where promotion had been sealed. Now for the icing on the cake – the Second Division Championship. A green and yellow army estimated at 15,000+ descended on Hertfordshire hoping to witness history in the making. On this occasion, they were roaring on the boys in red (Watford away was a rare opportunity to dig out the away strip!).

Watford meanwhile dropped down to Division Three. We would not meet again until my Canary watching debut season in 1981/82.

Our first meeting in the top tier came on 9th October 1982, a 2-2 draw at Vicarage Road. This was followed by four consecutive top-flight wins over Watford.

Deehan loved to ‘poke the Hornet’s nest’. He ended his stint at Norwich with ten career goals versus Watford. Next on the list, with seven, was Norwich’s all-time record scorer, Johnny Gavin, who himself is three clear of Iwan Roberts (four). Both Gavin and Roberts also played for Watford

History nearly repeated itself on 24th April 2004. Vicarage Road would again host a Norwich promotion party after it was confirmed by a WBA midweek defeat. It was 1972 all over although on this day, Norwich didn’t quite clinch the title – that would become mathematically secured a week later – but a 2-1 away win was still celebrated wildly by another large travelling contingent as they savoured a return to the Premier League.

Two parties and plenty of big wins, Norwich have generally enjoyed good times when Watford are in town. There were 3-0 wins the last time both clubs got promoted in 2014/15. Even during the disappointing 2015/16 season, Norwich ended their relegation season on a small high, beating Watford 4-2 in the final game of the season at Carrow Road.

Overall our head-to-head record is excellent, probably the best against any of our opponents this season, with 42 wins to Watford’s 27. Even in the cups, Norwich are undefeated in four games.

Friday may already be shaping up as a season-defining match but with a record like ours against Elton John’s boys, even the most pessimistic Norwich fan will be expecting three points…

The Cantwell deal is almost done, Paul McGrath is coming to Norwich as part of the deal. #itk #ncfc #avfc

New #NCFC shirt turned up, really like it in the flesh. Medium is a little tight though, so an incentive to try and trim up a little methinks. Oh and anyone who voted for #Brexit, you owe me 22 Euros in fucking import fees. You asked for it, I didn't.

Huge if true! Get the deal done #ncfc