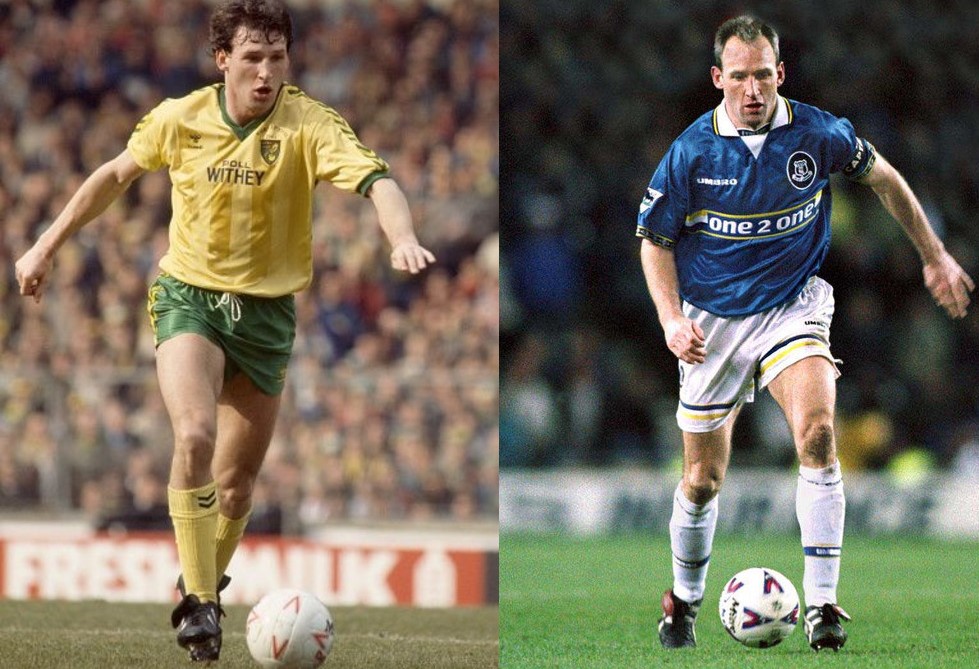 Us Norwich fans have suffered relegation from the top division of English football more than most. Seven times in total, four of those from the Premier League. This is in stark contrast to Saturday’s opponents, Everton. The Toffees are founder members of the Football League and have only spent four seasons outside the top-flight, the last of which came in 1953/54.

No other club has competed for more seasons in the top tier of English football. That is the pedigree of Everton Football Club.

It was therefore quite fitting that City’s first-ever game in Division 1 was against Everton.

On the 12th August 1972, after 67 years of trying, Norwich proudly emerged from the Carrow Road tunnel a first division side. It was a day that dreams were realised. Never before had there been so much excitement and anticipation for the season ahead.

Norwich’s first-ever top-flight goal came early in the game from striker Jimmy Bone. Everton would later equalise, but a 1-1 draw was an inspiring start to a new chapter in the club’s history.

Everton’s proud record at the highest level almost came to a dramatic end in 1993/94. And it was a Norwich City Hall of Famer who was at the centre of that turbulent Premier League campaign.

When it comes to Norwich and Everton supporters, Mick Walker divides opinions like no other.

Walker was idolised in Norfolk and rightly so for leading the club on a glorious journey from the brink of relegation to a record top-flight finish and the foreign fields of Milan and Munich. At Goodison, he was derided and considered out of his depth. His Everton team survived relegation by the skin of their teeth, beating Wimbledon 3-2 on the last day of the season. After a horrendous start to the following season, he was gone.

Walker’s Everton appointment in January 1994 was largely thanks to a stellar Norwich performance away to The Blues, earlier in the season. On 30th September 1993, Efan Ekoku scored four in a 1-5 demolition. Our biggest win by far at Goodison and a performance that typified the Walker era.

Later that year, to the delight of the Barclay End, Norwich beat Walker’s Everton 3-0, including a goal from an unlikely source – Ian Culverhouse.

In the following campaign (1994/95) there were another five goals at Everton. Sadly, this time they were all scored by the home side. Norwich thrashed 5-0 in the 5th round of the FA Cup. It was a result that was symbolic of the decay that the club had suffered since the break-up of Walker’s team. Everton, now under the management of ex-Canaries striker Joe Royle, went on to lift the trophy that season. City ended it in the relegation zone.

But if Walker splits opinions between Norfolk and Merseyside, then one man is loved by both sets of fans – Dave Watson.

A formidable centre-back, Watson captained both clubs. He made his name with us after being plucked from the Liverpool reserves and debuted in the East Anglian derby. A natural-born leader he was skipper by the age of 21. His defensive partnership with Steve Bruce was, in my mind, one of the best-ever at Norwich and, as captain, he lifted two trophies, including Norwich’s first (and only to date) major domestic trophy, the 1985 League Cup. He is also City’s most capped England player, winning six caps while at Carrow Road.

Norwich Hall of Famer, and likewise at Everton, Watson returned ‘home’ in 1986 and made over 500 appearances for the Blues, the majority as captain. He won the League and FA Cup at Everton, cementing his place in the club’s annals.

A true Norwich and Everton legend.

That league title came in Watson’s first season at Everton, 1986/87, and fittingly for him, the title was clinched at Carrow Road. Hard-man defender, Pat Van Den Hauwe scoring the only goal in the penultimate game of the season.

Another Everton player to win a medal that season was now Mr Norwich himself, Neil Adams, who made 12 appearances in Everton’s championship-winning team.

Everton also won the League in 1984/85, but en route to the title suffered a shock 4-2 defeat at Carrow Road. A remarkable result considering that we ended the season third bottom. A relegation that was confirmed when an Everton side, already celebrating their championship and clearly ‘on the beach’ lost 4-1 at Coventry.

Another, and much sadder, meeting between the two clubs came on 15th April 1989. An FA Cup semi-final rendered irrelevant by the tragic events that happened at the other semi-final at Hillsborough. For the record, Everton edged a nervy encounter at Villa Park, winning 1-0 thanks to a Pat Nevin goal. An all-Merseyside FA Cup final that year seemed only right.

The 1990s marked a sharp decline in Everton’s fortunes after the trophy-laden 80s. Meanwhile, fixtures with The Toffees would become a rarity as Norwich began to spend more time outside the top division than in it.

When we did meet our record was decent. There was a run of five Premier League games unbeaten (four draws and a solitary 2-1 win on 23rd February 2013). The last of those draws came on the opening day of the 2013/14 season, the 2-2 draw notable for a debut goal from Ricky Van Wolfswinkel (remember him?).

Back in 1992, Norwich’s big signing centre-forward was Darren Beckford. He arrived with high expectation but largely failed to deliver all except a hat-trick in a 4-3 home win versus Everton. With both Beckford and Wolfswinkel finding the net against Everton the scene could be set for another unlikely scoring source this Saturday – Dennis Srbeny could this be your moment…