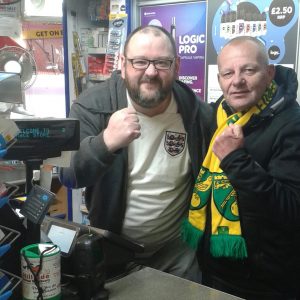 Another fantastic @NorwichCityCSF zoom session completed this morning albeit in tricky wintery conditions ❄️⛄️🥶 (and some dodgy delivering! 🙄). JB had fun and is now defrosting his ice block hands! Lol 😂 Roll on the next session 💪🏻💛💚 #ncfc #gk #training #snow #zoom #thankyou

Speaking earlier live on @OptusSport about the Championship.