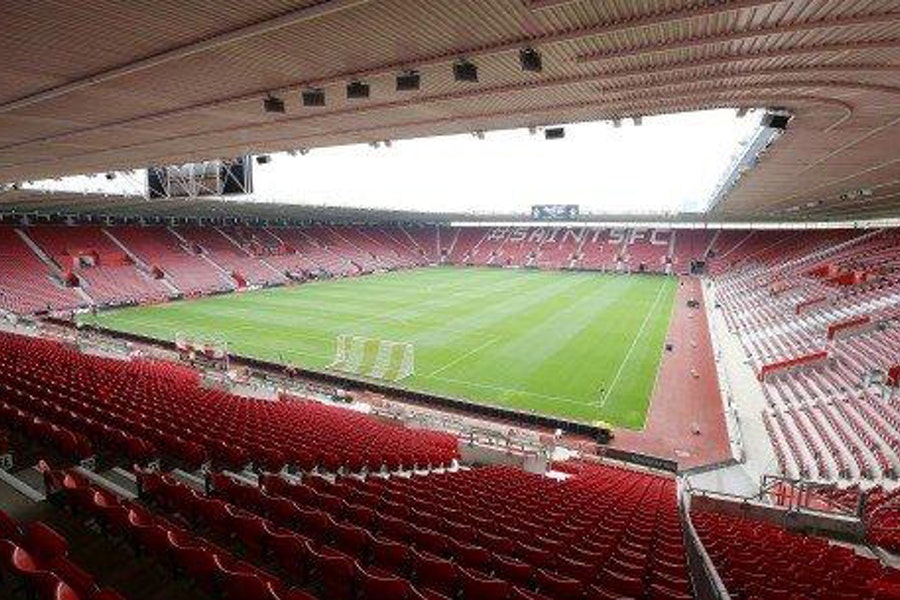 Ahead of tonight’s relegation battle at St Mary’s, I’ve been chatting to my old Metro mucker from the south coast, Chris Rann. A top lad he is too…

First up, a bit about you and your Saints supporting journey? Is GeogeWeirsCousin still going strong?

I’ve been a Saints fan since 1992 after flirting with some other (more successful) clubs, the realisation that locality was the most important thing swayed me in the end to the Dell.

I ran the blog georgeweahscousin.com for eight years, but called it a day earlier this year and went into semi blogging retirement. Life changes meant there wasn’t the time to do it justice, but I’m still doing rare guest pieces for saintsworld.co.uk.

So, where’s it all gone wrong? Was expecting a top-half finish for you guys but looks like you’re going to be scrapping around with us plebs. Any signs this was coming?

Not really sure, but the continued lack of investment in quality would appear to be a major factor. We have had a cycle now for some time of doing badly, replacing the manager, having a bounce and staying up and repeat. I really thought Ralph’s appointment was the end of that, but sadly it doesn’t look to be the case.

One of the major issues is the lack of quality at centre half. We really have a selection of poor choices and every time there is a transfer window it isn’t addressed. A general lack of investment in the squad from the new ownership regime means that Ralph is left with the realisation that he has a turd that he can’t polish, but he is trying to roll it in glitter…

Ha! What an image. Am picturing Cédric Soares glittering head-to-toe. So, how is Hasenhüttl currently being perceived by the faithful? (what a name btw)

Pretty favourably surprisingly. I think people realise now the issue is very much behind the scenes, and he is doing the best he can with the tools he has been provided. However, a bad workman blames his tools and it is his job to motivate them at the end of the day. Also, he has a weird tendency to play players out of position. Danso at left-back for instance when Bertrand is on the bench. That doesn’t go down well with the crowd. Echoes of George Burly but with less Scotch.

So many players who looked fantastic under him last season have seen their form tail off, and after the Leicester debacle, I was sure he had ‘lost’ the dressing room. There have been several well-known issues with players and he has a disciplinarian style which perhaps some of the senior pros haven’t taken to. Time will tell.

He might be the best manager we’ve had since Koeman left, but the one that takes us down. Great.

When we play ‘his’ way, which is a high press, intensive pressure game we tend to do well, but for some reason, we don’t seem to always do it. I don’t know if he is overthinking tactics for specific opponents or the players aren’t translating what he wants on the pitch, but when we do the opposite which is to let teams come at us, we get spanked.

Who *has* emerged unscathed from your ordinary start? Ward-Prowse looks great every time I watch him, even if the rest of the team is misfiring.

Danny Ings, Moussa Djnepeo, Sofiane Boufal, Nathan Redmond and James Ward-Prowse are the players that regularly start or should (Boufal) that have done all they can. It’s no coincidence that these are attacking players on the whole.

Our problems stem from a poor selection of centre-halves and lacklustre options in central midfield.

Was the Leicester game as damaging as it looked from the outside? Or has it been consigned to you know where…

It certainly felt like it at the time. It was relentless and could have even been worse. I’m not sure I’ve ever seen a more gutless performance, and as a Saints fan that is saying something. The next morning I was adamant that there was no recovery from it, and that the manager should have gone with immediate effect, but other than another 5hitshow at home to Everton, there are signs of recovery. We are still in the ICU, but life signs are still there.

We played pretty well against City, should have beaten Arsenal and finally got a win against Watford. Big game against you on Wednesday. Win it and who knows…

How are our old boys – Angus and Redmond – faring so far? Angus has been dropped?

Redmond had a bumpy start to life as a Saint and was often (wrongly) the scapegoat for poor performances, but last season was our player of the year by a distance. He has matured for sure, and his decision making is much better, which, given his talent makes him a threat in any game.

Gunn had question marks over him before the Leicester game and that was the final straw. It was an odd situation because when he came in McCarthy had done nothing to deserve being dropped. One of Ralph’s mistakes this season has not been to pull Gunn from the team earlier. He’s a young keeper and clearly has potential, hence the price tag, but it was two or three games too late to drop him and McCarthy has been great since coming in.

What have you made of our season so far? Be gentle.

In a word ‘inconsistent’. You either seem to pull off a huge shock or get turned over easily. There are ‘Saints in the 90s’ vibes to it. What you have in Pukki is a goalscorer and don’t I know it.

The side issue in our fantasy league WhatsApp group is who will score the most goals. Ings or Pukki. When Pukki was way out in front and Ings was on 1 or 2, your form dropped and the Saints fans in the group made the bold prediction that he was done, and that Ings would end up outscoring him over the course of the season. Ings went in to the lead 7-6 on Saturday only for Pukki to pull it back level on Sunday. Should be some race now.

Well, it’s been a while since we won two in a row, and our home form is still ropey. So I’ll go for an entertaining 2-2. Ings and Pukki getting a brace apiece.

Blimey, not sure if the nerves can take another 2-2. Would keep the WhatsApp folk happy I guess!

Cheers for your time, mate.