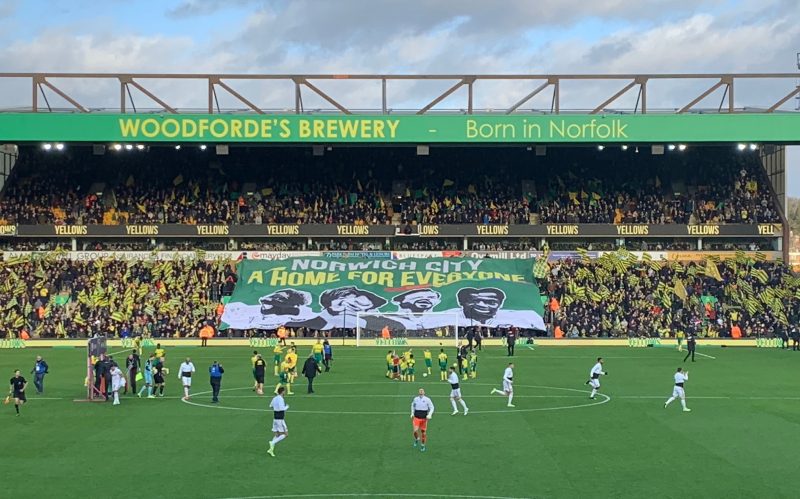 That one hurt. Big time.

It wasn’t just the defeat that took the wind from the sails – eleven defeats in 16 games says we’re more than adept at tasting defeat – but it was the manner of that second-half capitulation that cut deep.

‘December 8’ had been swirling around my mind for several weeks. I was fearful that Wilder’s mob would turn up and make painfully clear the strides that he and they have taken since last season while highlighting our own lack of progress.

But the win at Everton and a good performance against Arsenal, coupled with the Blades not winning in four, had allayed my fears slightly; so too after I’d done the pre-match Q&A for MFW with a United fan who was slightly less cock-a-hoop than normal.

But those fears were well-founded. Said Blades fan will be cock-a-hoop this morning.

That second half was everything I feared and more but was made all the more crushing after a first-half in which City were undoubtedly the better side, and played some really good stuff. The Blades, despite the excellent movement of Mousset and McGoldrick (sorry), were kept at arm’s length and were second best.

Alex Tettey’s goal was no more than City deserved and with a little more care and precision with the final ball, City could and probably should have gone in at the interval with a bigger lead. But they didn’t.

What followed was horrible.

Wilder clearly delved into his box of hairdryers and teacups and sent them airborne in the small confines of the away dressing room. And the response was emphatic.

No major changes to tactics. No significant changes in shape. But a massive increase in intensity and hunger, with emphasis on getting in City’s faces and deploying a high press that, in particular, would put pressure on Ben Godfrey and Christoph Zimmermann while in possession.

And when the Blades had possession themselves, there was a noticeable increase in tempo. The ball was shifted with more purpose and speed. With the ball out wide, it was back to their go-to method… to create a yard of space and whip in quality crosses.

No rocket science involved. City must have known it was coming, yet appeared totally ill-equipped to deal with it when it did.

From a Norwich perspective, starts to the second-half don’t come any uglier than the one we witnessed yesterday and even worse was the fact they never recovered from it. At no stage were they able to get even close to the levels they reached in the first half.

Both United goals were avoidable and the result of sloppy, careless defending but were the direct result of United’s high-octane start that scrambled the collective mind. The heads weren’t clear, the decision-making off-kilter.

Not for the first time, a double blow in double-quick time meant it was game over. No one in the ground believed that City could win the game from that losing position, including the players.

What followed was a tough watch. Devoid of belief. No rhythm. No tempo.

Worse still was the lack of physicality – a problem that became abundantly clear a few weeks ago and which we hoped had been addressed by having a Tettey or an Amadou in the base of the midfield. It hasn’t been.

Wilder’s men bullied City in that second half. Physically stronger, sharper of mind, the winners of nearly every 50/50. And while City may have huffed and puffed late on and drew a fine save out of an otherwise underworked Dean Henderson, it was on the whole comfortable stuff for Sheffield United. Their rock-solid defending has transferred seamlessly from Championship to Premier League.

Norwich, by contrast, have rarely been able to reproduce the football that swept them to title-winning glory last season. The reliance on fluidity and cohesion has taken too many blows for it to still work.

What was once liquid football is now staccato. The effect of low confidence and little self-belief.

Quite where we go from here is unclear in the still-raw aftermath of such a bruising defeat, but it’s certainly not the time to call it a day and resign ourselves to a return to the Championship.

Judging by yesterday’s second-half that may be the ultimate destination but there are enough people in and around that squad who will not want a Derby County-style relegation on their CVs. Those looking to further their careers, both on and off the pitch, will not want to be part of a long, painful, sorry slide to oblivion.

Ultimately, it may boil down to the fact that at this level this squad isn’t good enough to play the way they are being asked to. The evidence so far suggests this to be the case. But equally, there have been enough glimpses to suggest there is still a team in there.

The problem is, and has been, delivering a performance over 90 minutes plus, minus any errors. Unless that can be rectified we have a tough six months incoming.

As for VAR… I don’t have the strength.