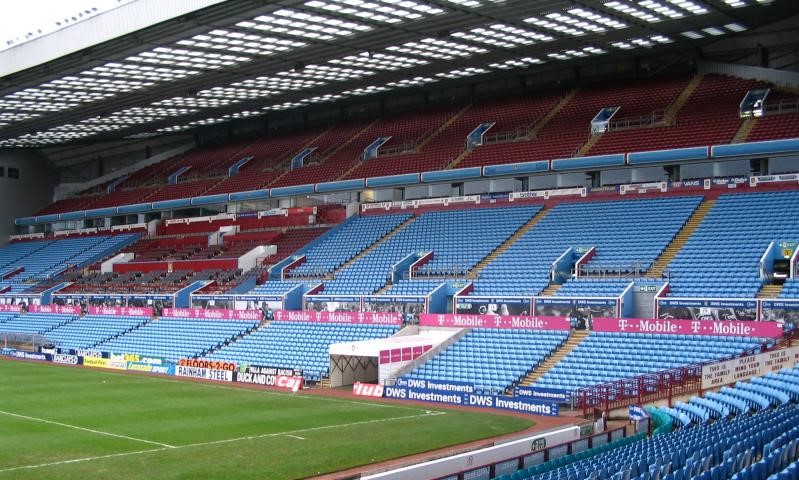 Our last trip to Villa Park was full of awe and wonder. The 2-1 win back in May wrapped up the Championship title just nicely and the scenes of the trophy being held aloft against a background of claret and blue seats will remain forever.

But the old saying, ‘235 days is a long time in football’, has never been more apt. Our Boxing Day meeting sees the repeat fixture set against a very different backdrop – one that begins with ‘r’ and ends with ‘n’ and is followed by ‘zone’.

In order to gauge what’s gone wrong for Dean Smith and his men, I’ve been chatting to Villa writer James Rushton.

Now that you’ve officially joined us in the bottom three, guess there’s no way we can avoid “relegation-six-pointer”, so let’s get it out of the way early doors and never use it again. But here we are… both staring down the barrel. Did you see this coming, especially after spending gazillions in the summer?

As a promoted team, it’s always a possibility that you’ll end up propping up the table. It’s a bit of a shock and reality is setting in – perhaps for the both of us. It’s a bit gutting!

Has any of the £150+ million been well spent? Marvelous was indeed marvellous back at Carrow Road in October but I haven’t heard much him since. Have any of the new signings made an impression?

A lot of form has dropped over in winter – Marvelous Nakamba included – but the big miss for us is Tyrone Mings. We are a frail shadow of ourselves without him and he can’t come back quick enough! He’s been an incredible player for us. Worth every penny.

Elsewhere, Tom Heaton has been solid. Fred Guilbert and Matt Targett have bags of potential at full-back. Wesley has come in for a lot of criticism, but he’s the definition of a team player.

On paper, it’s a good side.

There was talk in some Sunday papers of Dean Smith being only a couple of defeats away from the sack? Really? Or just nonsensical paper talk? I guess that’s the price you pay for having owners who have pumped millions into the club because, by contrast, Daniel Farke is secure in his job despite us being in 19th and “beleaguered”

It’s possible. I won’t deny it. Dean Smith has been a wonder for Villa, but it’s a bit bleak right now. Personally, I feel we have nothing to gain by removing a manager now.

Smith has stuck to his guns and plays an attacking 4-3-3 – which is brilliant stuff if you’re Cruyff’s Barcelona, but not so much if you’re Aston Villa in 2019. We are trying to blow apart teams and are being found out at the back. Without Mings, we are even weaker.

If Smith is pushed, it’ll be because of a lack of results based entirely around the fact that we are too open, and are conceding a lot of goals now.

Probably a daft question, but will they be spending big in January? Any particular parts of the team that need quick-fix surgery?

We had to spend big in the summer because we had a lot of departing players. If we didn’t spend, we wouldn’t be able to field a squad.

However, we need to spend again – just a few key purchases to ensure the survival of the team and the Dean Smith project.

You’re lucky that money seems to be no object. The very antithesis of us, it has to be said.

Have you been following our Premier League travails? What have you made of them?

I think Norwich have been fairly ok this season. We have both maybe achieved about as much as may have been expected (ignoring transfer spend!).

Right now, it’s hard to see anything outside of the relegation zone for us both – but even with that concerned, I’d be massively optimistic about the future of Norwich under Farke. No matter what happens!

Nice of you to say. Our frugal approach will at least not leave us at the mercy of a firesale if the worst happens.

So, anyone in the City side you’d like to have at Villa (apart from Pukki obviously)?

I think Cantwell is a hell of a player. He’s someone we’d love to have – even with the presence of Grealish.

I’ll be a bit more conservative. 1-1 and the pressure will get to us both!