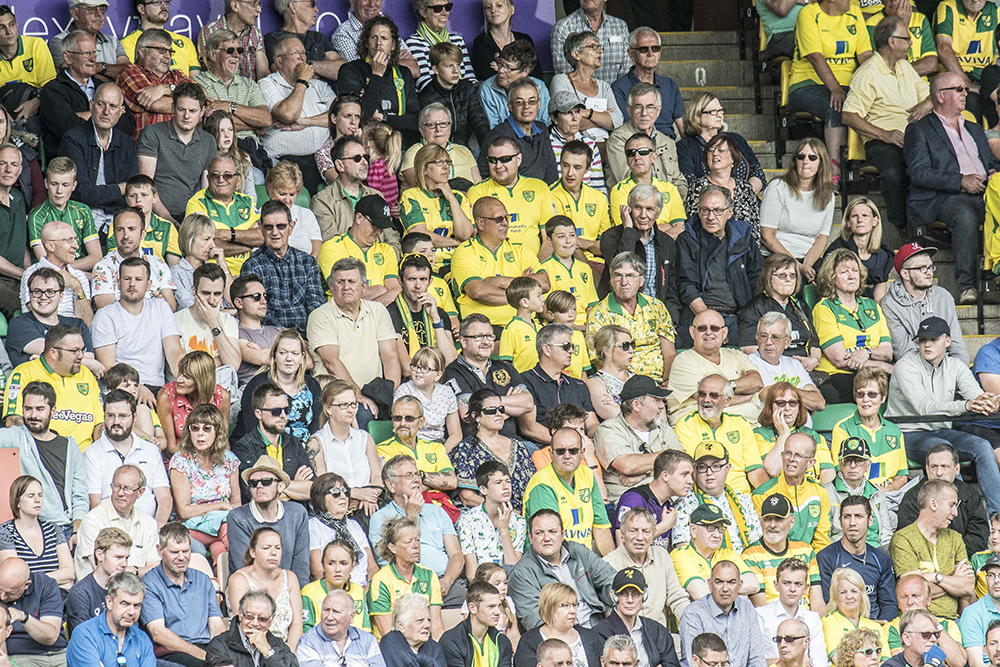 Division reigns on the terraces and, without risking mincing my words, it was all so grimly predictable.

All the rhetoric of last season centred around those abstract notions of unity, togetherness and collective belief.

All the talk was about how Daniel Farke’s players and the fans were united in this ostensible sense of oneness, an unbreakable bond that we would take with us to the Premier League and that may be enough to defy the odds and maintain our top-flight status.

And, while it fills me with sadness quilling these words, it was simply never going to last, was it?

Back in October following City’s pummeling at the hands of Aston Villa, I penned a piece expressing my hope that those aforementioned values would remain in place even if our season took a relative nosedive heading into the new year.

But looking back, such a column was merely an exercise in futility; a naive – albeit genuinely-held – desire for such concepts to somehow outlast a downturn in City’s form.

Put simply, those values have now vanished. For any fan at Old Trafford on Saturday afternoon, particularly at full-time, any semblance of unity on the terraces had become completely invisible.

Of course, the choruses of ‘On the Ball, City’, ‘Farke’s on a Horse’ and all the other current favourites continued to resonate in the Manchester air as our heroes emerged from the tunnel. But when it all turned sour – as it so often has throughout this horror-show of a season – such audible expressions of belief began to fade.

Unless I have witnessed a complete capitulation, a performance where City genuinely appear to have given up and some of the players look unfit to wear the shirt, I would never think twice about applauding those players off.

Never nice getting shouted at by other #ncfc fans for clapping your team off. Yes, we were very, very poor today but it’s #mufc away and we gave it a good go. Appreciate we may fall short this season but I’ll never stop supporting and believing. Proud to be a City fan tonight pic.twitter.com/YOaPwzVGr1

Especially this special group of players assembled by Farke, Stuart Webber and co, who have provided us with such magical memories that will continue to manifest themselves in the mind for many, many, years to come.

Our 4-0 defeat at the weekend was in no way down to a lack of effort. These players didn’t give up, didn’t show any shortcomings in determination or desire, didn’t let us down in terms of their application.

Instead, it was a case of not being good enough – indeed, well, well short of good enough – encountering a much-improved Manchester United side worth infinitely more than our thinly-put together, self-funded squad (a different debate altogether).

To me, and while that performance was probably the worst I have seen a City side muster during the last two seasons, a showing that was in no way evidence of a lack of effort or desire does not warrant the players’ appreciation of our support falling on deaf ears.

But that is what happened among considerable pockets of our travelling fanbase. Regrettably, dozens of us were castigated for supporting these players, applauding their efforts – albeit gingerly – as they approached the Old Trafford East Stand at 5 pm on Saturday.

And with such sour scenes being preceded by elongated arguments during the second-half and one alleged incident – I only saw the garment fly over my head from behind – of a half-and-half scarf being ripped off one fan’s neck and thrown towards the front, it is fair to say it’s far from a time of unity, togetherness or collective belief.

And so here we are. Of course, I respect every fan’s right to an opinion. My views are in no way representative of everyone’s and some supporters may have perceived our performance at Old Trafford to be lacking in desire, effort or application. And of course, that is absolutely fine.

Instead, this is merely a sad realisation that all that joy, jubilation and buoyancy of last season has now undergone a slow and painful death, being replaced by polarised notions of division, anger, and toxicity that are in no way helpful for our increasingly unlikely survival mission.

So, as City’s fate becomes growingly inevitable and with what appears to be a genuinely must-win game against Bournemouth at the weekend approaching, my concluding remarks are these.

This was all so grimly predictable, wasn’t it?