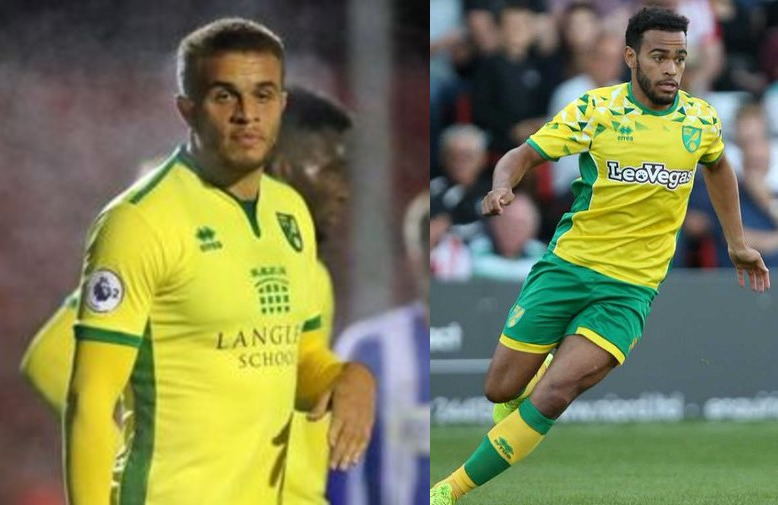 January tends to be a time when most of the talk is around signing players, so I thought I’d go for a different approach this week and take a look at the players who left City on loan at the start of the season and the progress (or lack of) at their respective loan clubs…

The 21-year-old winger has found himself out on loan again at a Football League club after similar spells with Grimsby Town and Yeovil Town. Jaiyesimi has played nine games and scored two goals for the Robins to help them get to the top of League 2. While being on the periphery of the squad, the winger has shown his talents recently with a wonderfully taken goal in a 2-1 away win at Plymouth.

The youngster is still trying to find his best form after an anterior cruciate knee ligament injury suffered while on loan at Yeovil last season in October, which ended his season prematurely. There is talent there and, hopefully, he can break into the Swindon team for a more consistent role and prove it.

Both are playing for good quality teams, but most Norwich readers will understand why I’ve grouped them together – both are on a season-long loan at their clubs and their contracts are up at the end of the season. While Husband was given a chance at City and looked short of quality, the Raggett deal has always seemed a bit of an odd one. The big centre-half was signed from Lincoln City in 2017 and has made just two substitute appearances for City. It’s been suggested that the Gillingham-born defender didn’t have the ball retention skills Daniel Farke was after but it’s still a shame to never see a player properly given a chance.

The former FA Cup youth winner signed a contract extension in the summer until 2021 but is now 24-years-old. He missed almost all of the 2018-19 season with an ACL injury, so this was seen as the season to reignite the stall in his career. The first half of the season saw the big striker at Rotherham in League 1, where he scored three goals from 21 games.

He was sent back to Norwich in early January and then sent out to Russell Martin’s MK Dons, who are in the bottom half of the same league, and scored on his debut in a 1-1 draw to high-flying Coventry.

While Morris will always be remembered for playing his part in winning the Youth Cup, he doesn’t seem to be a forward who is going to be a prolific scorer. However, with City’s likely destination to the Championship and Morris’ main strength being his physicality, he could yet have the opportunity to impress in pre-season.

The former Arsenal player is currently plying his trade in the Dutch Second Division and has played in 19 of the team’s 21 games. A defensive midfielder with an eye for a pass, the Dutch League is a route Norwich have gone down before for their youngsters, most notably when Todd Cantwell helped Fortuna Sittard get promoted to the Eredivisie.

Having made his debut in the Europe League for Arsenal, big things are expected of Gilmour who after regular game time this season will have a point to prove in pre-season. With City looking poor at times in the defensive midfield area, there could be a slight opening of the door for the Scotsman to catch Farke’s eye.

The 19-year-old had been playing for City’s under-18 squad after being signed from Arsenal. But he has gone to Bury Town to experience men’s football and has played 20 times, helping them to fourth in the Isthmian North. In September the shot-stopper was called by the Welsh Under-19’s squad so could be someone to look out for in the future.

The Norwich-born midfielder was on the bench for City’s 4-0 win away at Sheffield Wednesday last season and this year has gone to Ian Culverhouse’s high-flying Kings Lynn Town after regularly playing for and captaining the Under 23s. Payne has played 13 times this season for Lynn, scoring three goals, helping them to top spot in National League North.

After playing with Max Aarons regularly in the Under-18 set-up, Payne has seen what it takes to make the step up. The midfielder likes to dictate play and has shown his versatility at Norwich, playing centre-back, left-back and attacking midfield for the Under 23s.

The 23-year-old started positively at Hamilton Academical last season, scoring three goals in nine games but then broke his arm when going out on loan for the second time at AFC Fylde, so again this was a season that the former Dagenham and Redbridge forward needed to make count.

The 6ft 2 forward has featured regularly for Crawley with 19 games and three goals. I struggle to see how Bloomfield fits into City’s plans and at 23 needs to be playing regular games before he hits his peak. Currently, it feels like he’s a player City just haven’t been able to develop.

The big Belgian centre-back was signed in the summer and immediately sent out on loan to League One Blackpool. Unfortunately, it didn’t quite work out for the youngster with little game time, with Tangerines’ fans saying manager Simon Grayson didn’t mould the youngster but his talent was there to see.

Bushiri had a Belgian Under-21 call up in August and is now back in his native country at Sint-Truiden in order to get valuable game time. He is a big physical presence who is good on the ball, so definitely a name to keep an eye on at Norwich City.

Power, a winger who has been a key part of City’s development team, is going out loan to FC Dordrecht after his original loan in at Ross County was cut short. After joining from University College Dublin, there’s still a lot of work ahead for the 20-year-old in order for him to reach the first-team but regular football will definitely help him develop.

Savvas Mourgos is also back at Dordrecht after a good start to his career there, before injury cut his playing time. He had scored three goals in ten games with a string of positive performances. This season, the Greek-born player has struggled again with a knee injury that the club hopes will not hinder his potential. They rate him highly.

Coley is currently back at City after suffering a lack of game time in Scotland. He is a winger who impressed City in July 2018 after playing against Paderborn’s and Borussia Dortmund’s youngsters but at 21 will start to feel like he needs to develop quickly to get his chance at City.

Last year’s third-choice keeper took a surprising move to Wealdstone in the summer with many fans expecting the keeper to go on loan at a higher level. The 6ft 5in academy product impressed and won Wealdstone’s player of the month award in September.

He was only loaned until January but unfortunately picked up an injury in November and left Wealdstone but with many positive messages about his performances and how they expect him to reach a very good standard. With a spare goalkeeping space – Ralph Fahrmann is not expected to be here next season – Oxborough will be keen on taking his opportunity.

The man who just can’t get a break at Norwich City. He is back at the club after his loan spell at League 1 Shrewsbury was cut short. He’s a midfielder who we all know has a lot of qualities the club would like to use, but his injury record seems to count against him a little too much to expect him to become a regular in the future.