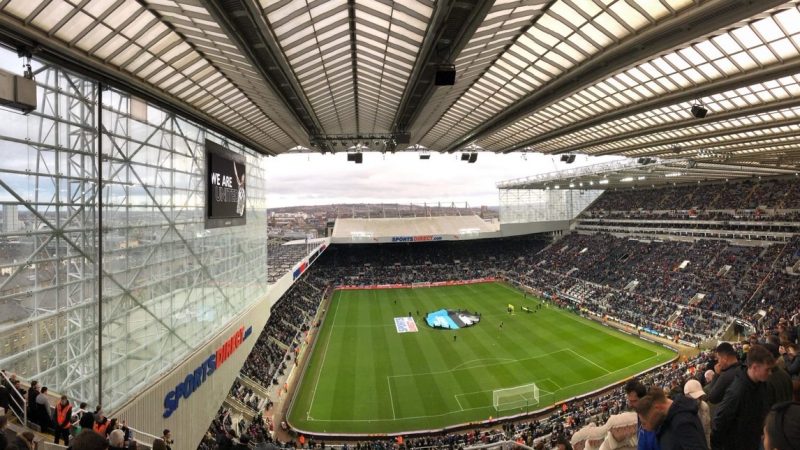 It’s the fact City are *that* close to being a good Premier League side that makes this all so frustrating.

As ever, we were left with a litany of what-ifs as we again dominated a team that has Premier League football all but assured for next season. Again we were pleasing-on-the-eye, progressive and organised.

But again we failed to win. And in the circumstances, despite earning a thoroughly decent point, it felt like a defeat.

A draw away at Newcastle and a clean sheet… what’s really not to like? Nine times out of ten we would have returned south content in the knowledge of a job well done, but when you’re cast adrift at the bottom of the league with only 13 games left, the only currency you can afford to deal in is wins.

So, in those 13 games, we find ourselves with a seven-point gap to close, armed with the worst goal difference in the division, so that’s effectively eight points. Not happening is it. Unfortunately.

Yet, bizarrely, there is still much to be proud of. We don’t look beleaguered or out of our depth, and the attitude of the players remains positive. There are no heads dropping, no white flags and the demeanour is of a team that still believes it can somehow escape. So credit to Team Farke and those responsible for getting the collective mindset right.

But the stats don’t lie:

Of course, there are extenuating circumstances, and a club with the thinnest squad in the league was the least well-equipped to deal with the worst injury crisis I can recall in my time supporting the club. At the time it felt significant, looking back it was fatal, but since then, there have been so many occasions where points have been squandered from positions of strength.

The list of games where we have come away feeling frustrated at not having won feels almost endless. So many… Arsenal (h), Sheffield United (h), Leicester (a), Wolves (a), Tottenham (x2), Palace (h), and that’s just since the start of December.

So, even with the injuries taken into account, there have been ample opportunities to close that seven-point gap but virtually none have been taken, and much of it boils down to the final bullet point above.

We’re so reliant on Pukki. We’ve dreaded all season the prospect of him picking up a serious injury but have ignored the fact he may also have what all strikers have at some point –  a dip in form. A fit-and-firing Teemu could have had his second hattrick of the season against the Toon yesterday.

He’s allowed a dip of course – he’s been sensational in his time here – but ideally, others from midfield will fill that void when that time comes. That’s not happened. If Pukki doesn’t score then we don’t score – at least in the PL. The Burnley game in the FA Cup proved it can be done.

But, it’s in that final third where games are won. It’s why strikers are sold for megabucks.

As ever, what happened in the middle third was both good to watch and productive. The issue now isn’t one of being unable to create enough goalscoring opportunities but of taking them. And, to be fair, the defensive third functioned well for City yesterday with a composed display that required few heroics, aside from the fine Tim Krul save from Joelinton’s header.

To have had 20 shots and still drawn a blank is the story right there.

So, barring the miracle of which Daniel Farke speaks, we’ll be heading back whence we came in May and there are plenty out there who appear to be cool with the prospect. And fair play, I wish I was that grown-up.

I can see the plan. I applaud the plan. And I love that, unlike at least 75 percent of the 92 clubs, we actually have one. ‘Invest in the root rather than the fruit’ is a laudable philosophy and one that stands the club in good stead going forward but I still refuse to accept relegation as just part of the process.

I love that many believe we’ll do a Burnley and ‘come back stronger’. My god, I hope they’re right. But there are lots of variables at play when you enter the world of Championship football. We should know.

Just because we are executing what we perceive as a better plan than others, wouldn’t give us a divine right to bounce back to the Premier League.

I’d rather stay there in the first place. This just feels a bit like a missed opportunity.

🙏 Remembering David Rocastle who sadly passed away 19 years ago.

'Rocky' spent a short loan spell with the Canaries during the 1996/97 season.

Early walk before #workingfromhome seeing all the lovely 🌈 ☀️ pictures, teddy bears and notes in windows brought me to tears. We will get through this. #COVID19 #ncfc #rainbowsinwindows 👍💛💚 I miss football, my main escape from everyday things.

Norwich Linked To Defender As The Idea Of Opening The Transfer Window Early Is Mooted https://t.co/64WGq38xaG 🔰#ncfc #otbc