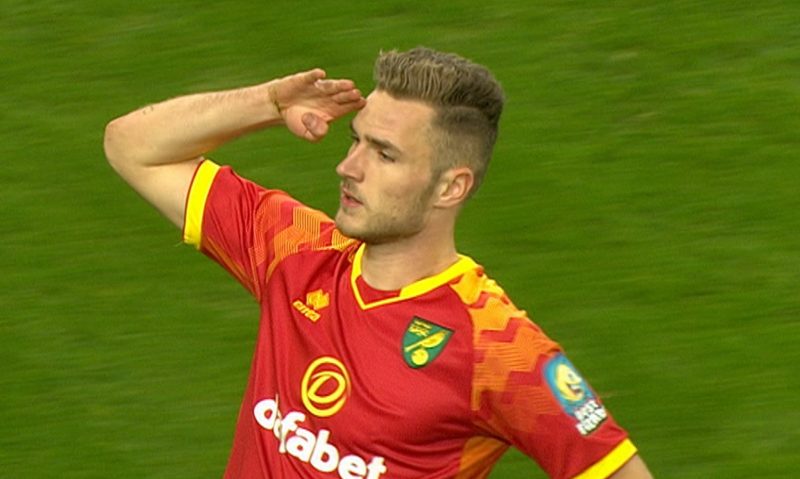 It’s guest blog time again, and Chris Sadler is back with a look at the success (or otherwise) City have had in recruiting strikers, specifically those designed to come in and provide competition and/or support to the ‘no 1’.

With City’s recent hit-and-miss experiences of bit-part strikers, such as Dennis Srbeny and Josip Drmic, perhaps it’s time to explore the effectiveness of that elusive beast, the short-distance cameo striker.

Ranked by a simple (some might say ‘crude’ – or even ‘utterly useless’) SEPM (Scoring Effectiveness Percentage Matrix) of my own devising, the following table ranks in ascending order the scoring effectiveness of all the second-string City strikers I can remember over the past few decades or so. 1 goal per game = 100%.

(Obviously, I have taken into account ALL contributory factors such as substitutions, minutes on the pitch, players being played out of position, whether it was raining, etc.. and ignored them all.)

But hopefully, though, there are a few names along the way who provoke a gentle yet pleasant tingle in the memory synapses (or maybe an occasional internal yawn of horror). 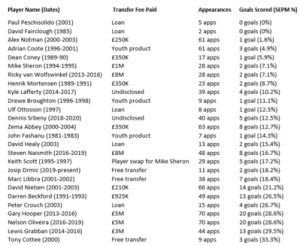 So, in summary, do second-stringers work for City? Does that supporting striker provide value and,  more importantly, goals? Can they come on late and change the game and tickle the net with a ref-botherer and get Jeff Stelling all excited?

Well, no, by this evidence not often. Not even when you buy THE archetypal ‘super-sub’ himself, David Fairclough!

But, there’s no need to feel down. There’s always hope. There’s always the possibility the next striker who comes along will force himself into NCFC legend-hood with net-breaking prowess. Sometimes a new boy shows up, hangs around a while, and everything works out rather well…

On The Ball, City!

Figures provided are not exhaustive or guaranteed but represent my best efforts at accuracy with no intention to mislead. Please accept my apology for any unintended errors. Information is up to date to 9th Feb 2020 and has been compiled from various sources; including Wikipedia, contemporary press reports, personal recall, and Steve Whitlam’s excellent website Flown From The Nest.