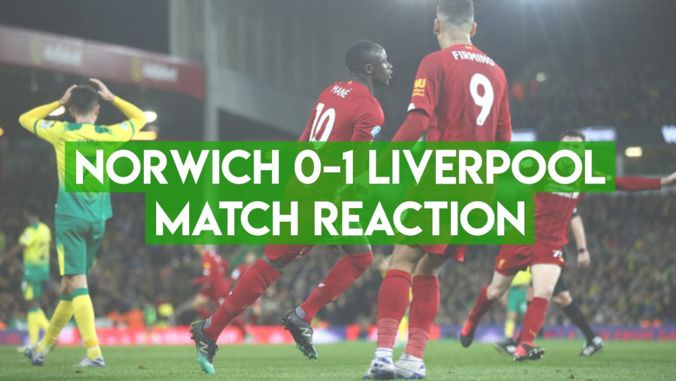 Norwich City proved once more that they deserve more than to be 7 points adrift.

A valiant effort from Daniel Farke’s team saw the champions-elect go home with all 3 points but in a very narrow fashion, as it took Liverpool 78 minutes to break through the City Wall as it were, as well as taking a dip into the bench to see Sadio Mané return from injury to secure the win with a neat touch and turn to slot it past Tim Krul’s right post.

Jurgen Klopp’s team go 25 points clear of 2nd with this win as it stands, and Norwich remain 7 points from safety, but in a game labeled a free hit by most, the Canaries put in a wonderful defensive effort that almost saw them be only the second team in over 100 points to stop Liverpool’s European and World-winning squad from taking home another 3.