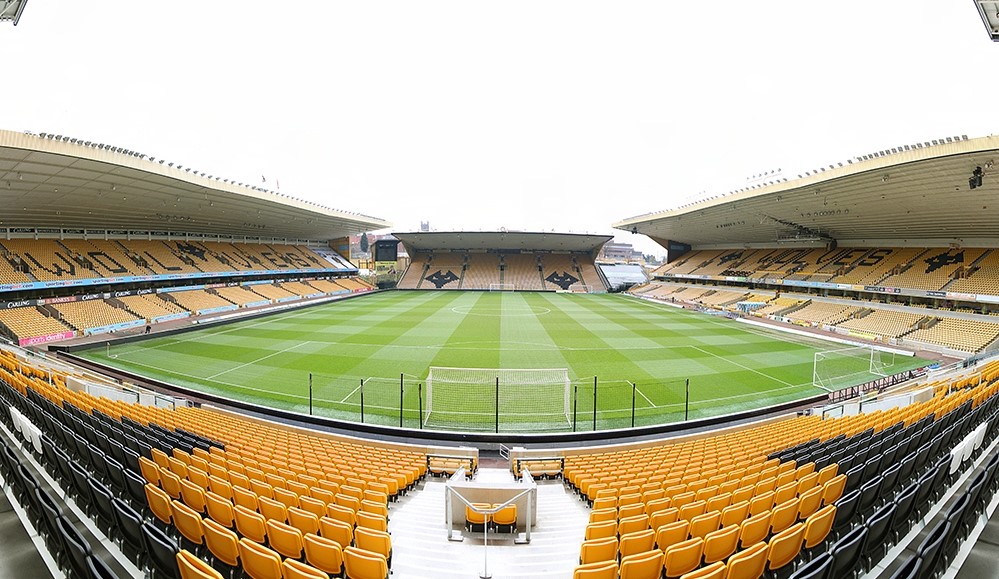 Ahead of our visit to the Black Country, I’ve been chatting again to Lynsey Hooper – broadcaster, Wolves fan, co-founder of the magnificent Offside Rule podcast and MFW interviewee prior to Wolves’ 2-1 win at Carrow Road in December.

Before we look at Sunday’s game, was sad to hear of the near demise of the Offside Rule’s Women’s Super League podcast, especially with the women’s game in such a good place, but for once there was a happy ending?

Lynsey: There was. Thankfully Football Manager stepped in to cover the show’s production costs until the end of the season. The outpouring on social media when the pod was stopped had a huge part to play, so we’re extremely grateful to the listeners and supporters who helped highlight our situation. We are also having some positive conversations for next season.

It’s so important that brands back the content creators around the women’s game because without these sorts of shows there’s no way to escalate the conversation around the sport. There’s little point holding press conferences and media sessions if companies can’t afford to send journalists to cover them. I think there have been major breakthroughs at some of the national newspapers and TV stations but small independent productions like us will always rely on backing.

While on that subject, do Wolves have a successful women’s team? It’s affiliated to the club?

They do, I often read updates on them in the matchday programme. In fact, one of my neighbours growing up used to be captain and played alongside one of my school PE teachers, so I’ve always been aware of the Wolves Women’s team. They play in the Women’s Premier League Division 1 against the likes of Doncaster Belles (who were one for the original sides when the WSL formed) so are doing pretty well. They play Donny in March so I’m looking forward to that fixture.

As we speak, the Europa League first-leg tie with Espanyol hasn’t kicked off, but – assuming you’re still well in control of the tie going into the second leg – does the club see this as a competition they can win? Is quite the prize!

For sure, the one thing Nuno has instilled in this team is that they are capable of beating anyone. I honestly believe they can get very far in the competition. Of course, when you get to the knockout stages playing over two legs it can get extremely tight. I’m sure the amount of games Wolves have played will start to take their toll, but whilst confidence is high I’m sure they’ll continue to feed off that.

It’s been a funny old season for Wolves, not helped by the nightmare that is the qualifying rounds of said Europa League. It looked like they had rediscovered the rhythm of last season but one win in their last five PL games is probably, in Wolves terms, a bit of a blip, isn’t it? Having said that, you’re only five points from fourth, so a Champions League place remains the aim?

Well, we will have to wait and see what unfolds with the Manchester City UEFA ban… If it’s upheld and fifth place is up for grabs too to get a Champions League place then Wolves will really fancy their chances. I can’t believe I’m even saying that. Pinch me, please!

Yes, recent results have seen a few too many draws, but the sides around us in the table haven’t capitalised so we are still very much in contention. The race for Champions League spots is arguably the most exciting race left in the Premier League season and we have enjoyed playing in the Europa League so much that it wouldn’t be a bad compensation to get that for a second year in a row.

As you predicted last time we spoke, Nuno didn’t spend huge sums in January other than the £17 million on Daniel Podence. He’s not really featured much though, has he? Perhaps because of Traore’s form? … who even plays through dislocated shoulders now doesn’t he?!

We need to get the most out of Traore whilst we can and he’s a pretty robust player. Come the summer there are bound to be big money offers on the table and I can’t see Wolves turning down the sort of fees that are being mentioned. Podence can use this as time to bed in, work with the team and get up to speed – that’s not a bad luxury to afford a player coming to the Premier League from Europe.

We’ve not exactly set the league alight in terms of results since we list 2-1 to Wolves just before Christmas but we have played some good stuff. Danny Murphy and that nice Paul Hawksbee have both described us as “the best side ever to be bottom of the Premier League”. What have you made of us?

I’d agree. Btw – I got my prediction spot on last time didn’t I?!

You did indeed, which makes me doubly nervous as I’ve just glanced at your prediction for Sunday!

It’s the standard of performances and style of play that has really impressed me about Norwich.

Too many promoted teams in the past have gone for a damage limitation approach, Wolves included under Dave Jones and Mick McCarthy. It’s been refreshing to see Daniel Farke stick with what he knows worked in the Championship, that’s why Norwich have sprung a few surprises against some of the top teams along the way.

Unfortunately, they will always fall short on budgets compared to some of the established sides so it was always going to be an uphill battle. However, there are players that have really announced themselves including Buendia, Cantwell and Pukki. It’s certainly not a season for fans to be disappointed with

I think Wolves will narrowly win 1-0.

Given your unerring accuracy in December, this is bound to make me nervous, especially given our need for at least a point!

Cheers Lynsey. Enjoy the rest of the season… after Sunday afternoon.