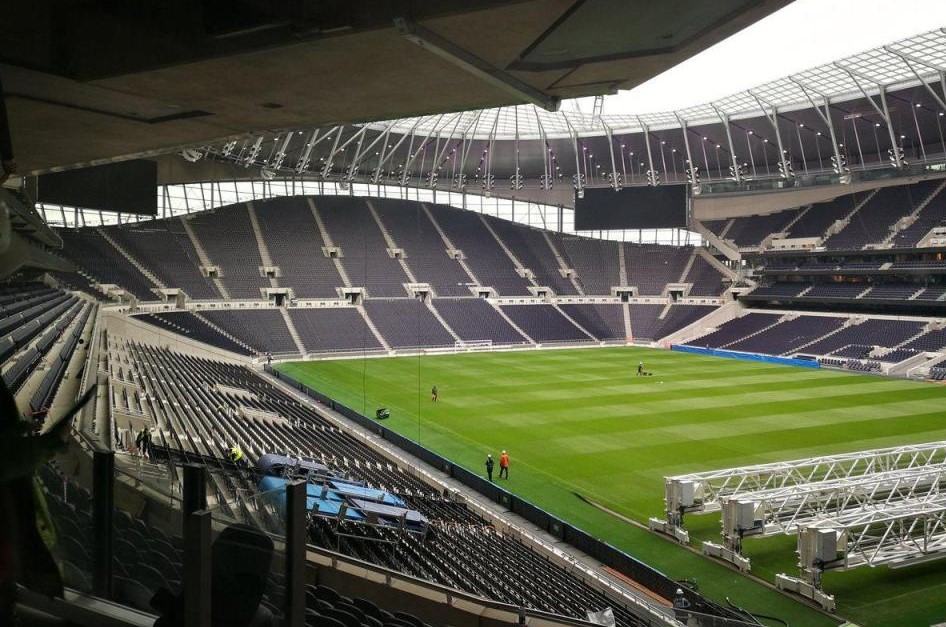 Ahead of this week’s last 16 FA Cup tie at the Tottenham Hotspur Stadium, I’ve been chatting again with talkSPORT’s Paul Hawksbee – the Spurs-supporting half of Hawksbee & Jacobs – who described us, after the league game in north London, as the best bottom-of-the-league team he’d ever seen.

So, can we justify this dubious tag in the cup? And how’s ol’ Jose getting on?

(I chatted to Paul in the wake of Spurs’ 1-0 home defeat by RB Leipzig in the Champions League.)

So, were you guys disappointed with the RB Leipzig outcome? Does it boil down to being without Kane and Son?

We were a bit disappointed and it’s partly that, but we all had a few doubts when we saw the team as you just think, ‘where are the goals coming from’. RB are a good side, they played well on the night and as it happened, we were grateful to Hugo Lloris for keeping us in the tie.

Jose preferred to call it good goalkeeping rather than luck but were it not for Lloris, the tie would be dead and buried. Simple as that. That we’re going into the second leg still in with a shout is a bit of a result in itself.

How’s Mourinho gone about trying to fill the void left by Kane and Son?

It’s such a difficult one for Jose. How do you replace someone like Kane? He’s such a brilliant player and not for just his goals. He’s strong, holds the ball up well, brings others into play and is perfect for the way Mourinho sets his team up to play. He’s always played with a big target-man type centre forward wherever he’s been and he’s struggling a bit at the moment because we just don’t have one.

The closest we have is Troy Parrot, who’s really highly rated but is just 18 and Mourinho has made it clear he doesn’t think he’s ready. And, while he’s probably right – being asked to lead the line in the Premier League when you’re that young is a massive ask – he’s not going to be able to even have a taster of it while he’s not included in the 18. I think he’s worth putting on the bench for 10/15 minutes at the end of a game, especially if we need a goal.

But, without a big centre-forward that he likes, Jose is having to make do. He’s tried Dele up there, he’s tried Moura, he tried pushing Bergwijn up there as part of a two, and nothing has really clicked so far. Feels a bit like he’s trying every permutation until he stumbles across one that works, at least in the short-term.

What’s the betting he stumbles across one just in time for the FA Cup game!

So, top four and a place in next season’s Champions League… given what we’ve just talked about, is this still do-able?

I think it’s still possible, but we do have a tough old run of games coming up, which will go a long way to determining where we end up. We have Chelsea [they lost 2-1 – Ed] and Wolves [lost 3-2] up next in the league followed by the FA Cup game against you guys, then Burnley and then the return leg against Leipzig. How we handle that tight schedule of games will go a long way to defining our season. But, as we speak, we’re only a point behind Chelsea [now five] in fourth and so still in with a shout.

Given that, realistically, the FA Cup is your best, possibly only, chance of silverware this season, will Jose go strong for this game? He prides himself on winning a trophy everywhere he goes, usually one in the first season, so will he target this one? Some Spurs fans I’ve been chatting to have told me your name is on the FA Cup this season, even though the year doesn’t end in a one!

I think he’ll mix and match to be honest, because of the Saturday-Wednesday-Saturday schedule we’ve just talked about. I suspect that Moura will be given a rest – he’s overdue one – along with the likes of Bergwijn, and he’ll bring in Dier and maybe Lamela.

We may even see Parrot. Jose will obviously want to win it, but he’ll also want to use the squad to keep it as fresh as possible for the upcoming games. It’s a bit of balancing act.

We were quite pleased with our performance in the league game at your place but, typically, we came away with no points. It was a snapshot of our season in many ways – easy-on-the-eye, good tempo, but if Pukki is misfiring, who is going to score? And, of course we have tended to look a bit (more than a bit) fragile at the back for long spells.

Our style of play has prompted some kind words from you and Danny Murphy, amongst others, which we appreciated, but it’s been the story of our season.

Yes, it’s a bit weird. I was literally talking to Danny about it at work [at talkSPORT] the other day and we agreed that in terms of style of football you’re the best team ever to be bottom of the Premier League. But there’s obviously something missing otherwise you wouldn’t be where you are.

You obviously got hit hard by injuries early in the season, that didn’t help, and you’re having the kind of luck you tend to get when you’re bottom of the league. That often happens but that’s no consolation.

You did play well at our place in the league, but I guess we had glimpses even then of why you are where you are. Todd Cantwell, who I thought had a really good game that night, gave the ball away in a dangerous area and that directly led to Alli’s opening goal. Little things like that tend to get punished in the Premier League and if that’s happened a lot then that’s one area they need to improve.

But I like Farke – looks like a great coach – and if the worst happens you look well set to challenge again in the Championship next season. I was talking to the late Graham Taylor once about teams that yo-yo and he said that for clubs of a certain size that’s the only way… to build gradually and each time you get promoted you go back a little stronger until you’re strong enough to stay. That looks to be the approach the Norwich board are taking.

Yes, there is a school of thought that says if we go down, we’ll ‘come back stronger’ – and I get the logic – but I just don’t trust the Championship. It’s a weird old league and can scupper even the best-laid plans. I got myself in some proper trouble [a couple of weeks ago] for saying I’d rather our master plan didn’t involve relegation.

When we last spoke, you mentioned the need of a refresh of the squad. Is the arrival of Bergwijn and Gedson Fernandes and the departure of Eriksen the start of this? Also, lo Celso is having a lot more game time now.

Yes, I suppose this is the start of Jose making the squad his own and it definitely needed a shake-up. Steven Bergwijn certainly looks a player and lo Celso is really starting to look the player we knew he could be.

It’s a bit too early to comment on Fernandes but he does look a bit lightweight at the moment and not yet equipped to deal with the intensity of the Premier League, but it’s early days and there does look a player in there. It’s the same with Ndombele in a way, who we bought in the summer – there looks to be a good player in there, but he’s not really delivered so far, not helped by a few fitness issues. For some players, it just takes time to settle in the PL. We hope that’s the case with him.

As well as Eriksen leaving, we’ve also seen Danny Rose leave on loan to Newcastle. He’s not seemed particularly happy for a while and it made sense, but he’s been a great servant to the club and there were a couple of seasons when, in tandem with Kyle Walker, we had the best two full-backs in the league.

Overall, how’s Jose been so far? Obviously, he’s not had an easy ride in terms of injuries but how’s his general demeanour been? I’ve always liked him to be honest, but more the version who was at Chelsea the first time around rather than the sneering, angry version we saw at Chelsea (mark II) and United.

Overall, he’s been okay actually and he does seem to be enjoying the job. He seems fairly chirpy and smiley at the press conferences, which is always a good sign with him. I just think he realises that with the injuries he’s had to contend with, it’s not going to be an easy job at the moment.

London definitely suits him. Him and Manchester never looked a good match.

So finally, standard stuff… care to offer me a prediction for the game?

As I said earlier, as it seems certain that Jose will mix and match, then it’s difficult to call. With 9000 Norwich fans coming along, it’ll be a cracking atmosphere and I expect it to be tight with little in it. Again, it depends on the team that Farke picks, but I can see it going all the way to extra time and then possibly pens – and then it’s anybody’s game!

But, I have to go with Spurs, even if it is on penalties, but it’ll be close.

Thanks, as ever, for your time, Paul. Enjoy(ish) the game.