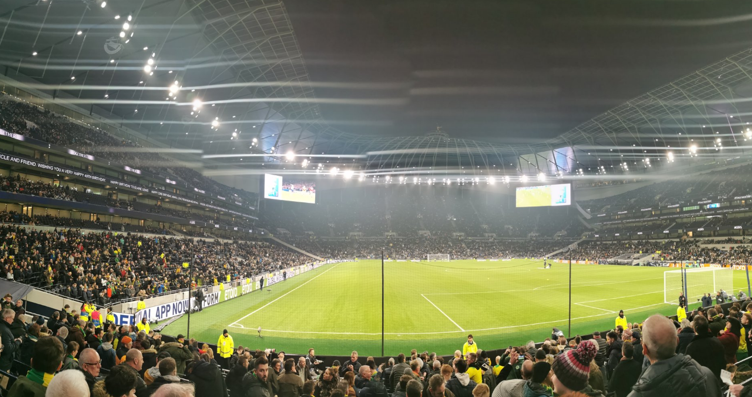 As the saying goes, heroes come in all shapes and forms. They don’t have to wear capes.

We know that for a fact.

We now know they come in the form of nerveless, teenage Irishmen who love the FA Cup and in lanky Germans who have not had much of a look in but who are deadly from 12 yards.

They also come in the form of young lads from Dereham with floppy hair, unafraid to ‘sshhh’ 49,000 hostiles, in young Yorkshiremen with hearts of lions who can contort their bodies to make the most heroic of goalline blocks and in tall, imposing Dutchmen with plastic bottles adorned with names and letters and who don’t give a 5hit.

And, of course, in the form of 9,000 voices who cheered and roared and sang as if their own lives depended upon it.

Put all of those things together and you get one of those nights that Daniel Farke speaks of, where memories are created. Not one of those 9,000, nor any of those watching and listening from the comfort of a living room or bar will ever forget the evening of March 4, 2020. None.

Naturally, those not fortunate enough to form part of the Canary Nation will sneer and attempt to pour cold water on the achievement. But these strawberries are not about to be pi55ed on. Not this time.

Jonathan Walters can whinge until he’s blue in the face about Tim Krul gaining a yard on each Spurs penalty taker. Even our Dion cut a morose, half-glass-empty figure, preferring instead to concentrate on the woes of impending relegation. And many Spurs fans have taken to social media over nasty ol’ Tim daring to have a word with their fragile heroes as they nervously approached the penalty spot from It.

But who cares. Who gives a hoot.

Yes, it’s been a difficult season, as the BBC commentary team reminded us constantly, but out of that difficult season, Team Farke has again managed to conjure up something special. Even if it does come to an end before a trip to Wembley, they’ve still given us those moments of exhilaration that football fans live for.

Whether those 120 gruelling, energy-sapping minutes will impact on the hearts and minds ahead of Bramall Lane, will only be revealed on Saturday, but, for now, we should unashamedly wallow in one of those nights on which we’ll dine out for years.

Ironically, you could argue this was City’s least convincing performance of the Spurs trilogy, with that central midfield not functioning anything like the way Team Farke wanted it to.

In the engine room, Tom Trybull and Mario Vrancic cut frustrated figures, both short of the match sharpness that only comes with playing regularly. As a result, neither were able to exert any sort of control on what was a frenetic cup tie.

There were also uncomfortable echoes of the hot-knife-through-butter syndrome that’s been present in too many away games this season, especially in the first half of normal time, and we’ll all be left wondering what the outcome would have been if Spurs had released the handbrake for the full 90 rather than the final ten of the 90.

But hey, not our problem.

So many good performances. So much to make us proud.

Spurs will naturally point to having no Kane or Son, but will conveniently forget that Farke too made changes to his starting XI. No Pukki, no Duda, no Tettey, no McLean, all of whom started against Leicester and who will feature in Sheffield.

That one of the replacements scored the vital equalising goal should not be lost amidst the penalty maelstrom, and while Josip Drmic may not possess the class and movement of Teemu Pukki, he’s now scored two in two in this competition and falls in the ‘has a goal in him’ category.

While it will go down as a Michel Vorm error that led to Drmic joyously bundling that ball in, in front of the 9,000, the Swiss international was there, in the right place, after McLean’s stinging drive was spilled by the second-best Dutch keeper on the pitch.

What followed was not good for the ticker, but the heroics kept on coming, with Ben Godfrey’s goal-line clearance from Serge Aurier’s shot worthy of the highest of accolades all on its own. Like I said, who needs a cape?

Extra-time was typically tense but those in yellow and green resembled the walking wounded with added cramp and fatigue. Yet still, they refused to buckle. Tettey and McLean had already added ballast when it was most needed – Farke got the timing right – and to have been hit by a sucker punch late on would have been cruel.

Instead, the Krul-ty was saved for those in white, with our favourite Dutchman’s mere presence giving City the edge before a ball had even been kicked.

Farke spoke afterwards of his confidence in his goalkeeper and penalty takers, and it’s clear the pre-penalty huddle was far removed from a ‘you’ve done very well to get this far; give it your best’. He demanded victory and trusted his players implicitly to deliver.

Tim Krul’s plastic drinks bottle will eventually find a place in the Castle Museum, but it was accompanied by a swagger, and the type of mind control normally associated with Derren Brown.

By the time Troy Parrot and Gedson Fernandes went up to take their spot-kicks, the goal must have appeared eight feet rather than eight yards wide.

Tim did the rest.

So, one of the great days. One of those ‘memories’. And with the oddity of a home tie to come. Who knew they even existed?

Let’s not worry about Bramall lane until Saturday. Instead, let’s revel in being in the FA Cup last eight for the first time since 1992.