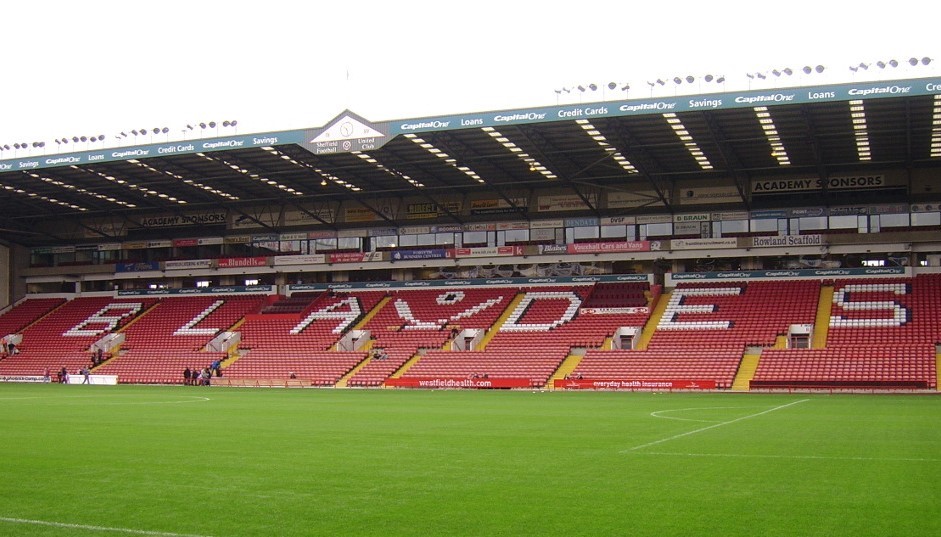 When Blades and Canaries collide my go-to guy is Pete Turner. In his own words, “the Brixton arm of the Brighton, Brixton and Belgravia Blades” – aka the BBB Blades.

So, ahead of the latest in a very long line of must-wins for City, I returned to the calm of chez Turner for what we describe as our ‘bi-annual exchange of friendly insults’…

So, another week, another win – in the FA Cup this time. You must feel like anything is possible right now! Going to settle for a Europa League spot? Or is it all systems go for fourth and a place in next season’s Champions League?

I can’t believe someone would ask me if I’d “settle“ for a Europa place and that we are even mentioning Champions League football in the same breath as United.

Honestly, and speaking with my brain engaged, I don’t think it’s achievable. It was a disappointing draw against Brighton in our last league game and shows you how hard every match is in this division. Teams turn up at Bramall Lane determined to dig in for a draw at best and it’s tough to break that down when we don’t really have an out and out scorer.

We don’t really have a top scorer, with four players sitting on four or five goals each. But I suppose you could say that you wouldn’t rule out any of the team creating and scoring a goal so that’s no bad thing.  Is it time to mention those overlapping centre backs yet ?

Our players are certainly not settling for Europa. Lundstram has been a revelation this season, and buying Sander Berge – He’s Norwegian, he plays for the Blades with John Egan – has only made him sharper. He’s scored four crucial goals for us so far. Norwood has been beyond brilliant with his exceptional passing. He can place it on a sixpence – Ha Ha, sorry, do many of us even remember that coin back in the day? Let’s say a penny.

Where, in your view, has Wilder succeeded this season where Farke has failed? Guessed you’re going to tell me anyway, so thought I’d get it out of the way 🙂

This is a little tough for me because I didn’t think I’d see Norwich where they are now. I like Wilder’s straight style. Farke always comes across as a quieter and more complicated soul, though I have little knowledge of Farke on a regular basis.

Wilder has a very openly competitive spirit and isn’t afraid to tell players to go for it. None of our team seems to be afraid to push forward; they don’t hang back. Our defence is rock solid and I think Alan Knill [Wilder’s assistant] is key there.

Wilder has created a “Team” and it is obvious they all play for one another. I’m not saying Norwich don’t play as a team but there is something just that little bit extra at Bramall Lane.  Wilder still brings subs on earlier which is something else I like to see. On a more practical note, I think Farke has had to contend with a fair few injuries, particularly early on.

Knew I should never have asked – but you’re certainly right about the injury crisis hitting us hard.

Be honest, what would have constituted a good season for the Blades before it all began?

A mid-table finish would have seen me delighted. Though I did put £5 each way, on us winning the league. William Hill gave me 1500-1 for that bet. I don’t think I’ll be picking up the £8,000 prize money, Liverpool seem to have that in the bag. However, the bet I had on the “handicap” league is looking good. That bet is £5 each way, odds of 15-1 and gave us a 59 point head start.

Now of course, I’ll be disappointed finishing as low as mid-table.  I still wake up on match day and pinch myself. Not just with where we are but by the football we have been playing. The accuracy of the passes is astounding.

For obvious reasons, we’re bracing ourselves for a tricky summer, with the vultures already hovering. Do you expect your manager and/or any of your players to be in demand this summer? And if so, any chance of the club selling?

The vultures have already been hovering, and we still need to finish contract talks with a couple of our key players. And every time a manager job becomes vacant, Wilder’s name is mentioned and the odds are always short on him getting the job.

If we remain successful though, I can’t see him leaving. He wants to achieve the highest goals in football, of course he does, but I genuinely think he wants to give that a shot with United. He’s dearly loved by everyone, players, owners and supporters and quite rightly. If he gets the chance – and by that, I mean in some part the money – to push on with his plans then I can see him staying a while yet.

Our world-class keeper is the most likely to leave. How much longer will Manchester United want to leave Henderson out of their squad? Some foreign clubs have also been watching him and expressing an interest. I’m sure he’d like to stay but if Man United asked him back as their No 1 keeper, then I think he’d go. In any case,  I doubt we would match the price tag – there is talk of it being £30m or more. And Wilder has already said he wont be signing him on a permanent contract at that price.

If we stay in this position, then I think selling players won’t be on Wilder’s mind. He has always said it would be wrong to break up a squad that is working well, so I guess it would more depend on if we were looking to get others in. I still think a more successful striker would do us the world of good.

Arsenal have been tracking John Fleck (and why wouldn’t they) and Wolves are interested in John Egan. I guess finishing up there as one of the Big Boys, takes the pressure off a successful swoop from one of those Vultures.

We had a proper joint-rant about VAR last time we spoke. Has anything emerged from those dear souls of Stockley Park to make you change your mind? We had a rare VAR positive after Leicester’s ruled out goal last Friday … are you still in net negative territory? Wilder has emerged as the voice of the anti-VAR brigade, and credit to him for that.

We are still bottom of the VAR decision table on -6 with Manchester United on +8. I notice that you, yourselves are on -5 so I guess this is an issue we can easily agree on.

I knew we’d find one, mate.

Am guessing Bramall Lane is still bouncing? Atmosphere through the roof with so much to celebrate. Are there fan groups orchestrating this or is it organic?

Bouncing? – Sorry, that’s what they try to do at Hillsborough. Though we are very good at stopping it. Ask any United supporter how they felt about Mark Duffy stopping the bounce last season. On the other hand, we ROCK. Have you not heard us singing and the partying. The atmosphere at the Lane is electric.

It’s obviously much stronger on the Kop as you would expect it to be. But it’s there, all around the ground. We sing our heart out in the South Stand as much as anyone. Why wouldn’t you with the large Billy Sharpe banner hanging over you and with the fight and commitment the lads give us? And this season, watching a game under lights at night has been amazing. The light display, the flumes of fire, and the music during the pre-match warm-up is something special.

There’s another question I wished I not asked…

So, you mentioned that defence. Only Liverpool have conceded less (20) and for you to have conceded 25 at less than a goal a game is unreal. Okay, so you’ve only scored 29, but that’s still four more than us. I’m going to shut up …. this is literally hurting.

Our defence is a wall. A very big one. As you say, it’s a mountain to climb for any team and few have managed it. Just like last season, try and get past them – Egan, Stevens, Basham, O’Connell, Baldock. They form a formidable rock. And if you do manage to get through you come up against Henderson. What more is there to say. Hendo Hendo Hendo

Wow… I guessed you’d be chipper but not this chipper!

So, it’s pointless me asking a Blade if you’re going to beat us. You’re that cock-a-hoop that’s a given, so let’s go straight to … how many are you going to win by?

Having said all of the above, every game is tough. And let’s face it, you need the points. We both had to play extra time in the FA cup games this week. And you did so well. A much bigger scalp for you in beating Tottenham, albeit on penalties. Although I would like to point out that Krul was off his line when he saved one of the penalties and as for his gamesmanship…  But what was Spurs’ Gedson Fernandes thinking with that last pen?

Anyway, no shoot-out for a decider on Saturday. Just your usual 90 mins or so of insightful and skilled football – from the red and whites anyway. Let’s hope we can repeat this little exchange next season.

Nasty ol’ Tim Krul, eh? Am sure you’ll be reminding him tomorrow. Odd how no-one noticed Michel Vorm being off his line for every pen, including the one he saved. Maybe our pens were just better. Anyway… we love Tim.

Cheers for your time, Pete.

… and may I add a heartfelt RIP Martin Peters

How many goals have Preston scored this season in the league? #ncfc

Some #ncfc fans are an embarrassment, constantly calling Dean Smith out.
He’s working miracles with the squad he has!
We’re sitting in 2nd place.
Imagine when we lose a game - some fans would have a breakdown.