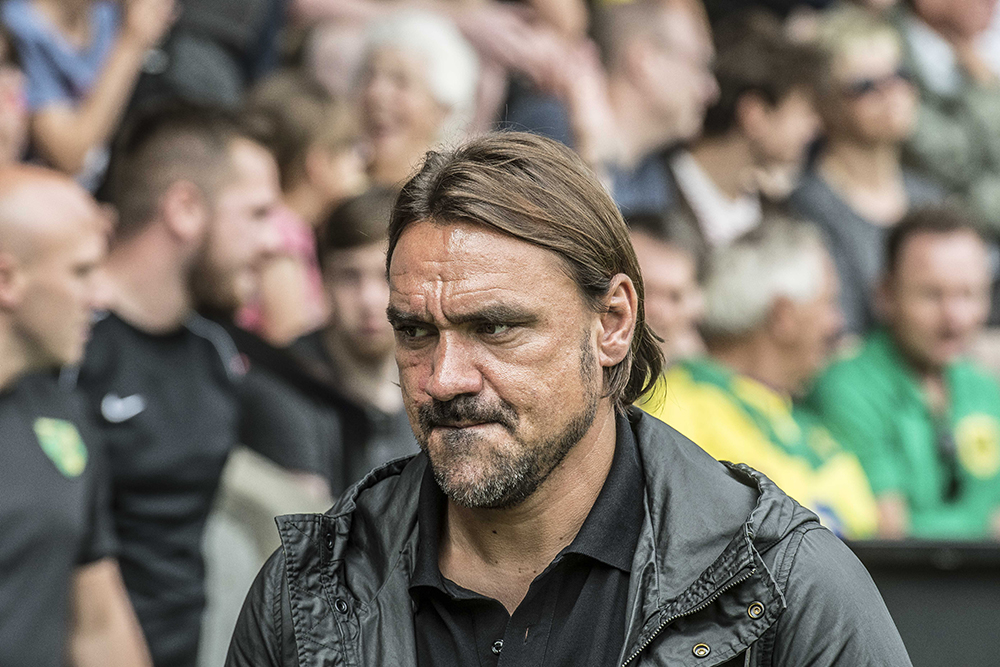 Chris Wilder: “It was a gritty performance, we just felt we were a bit better than them in both boxes.”

As loathed as I am to admit it, he’s nailed it yet again. In every sense.

What happens in between both boxes is, for us purists at least, important because football is meant to entertain and excite – and I love the fact this City team is so adept at passing A to B to C and back to A again with such ease and grace – but until they start awarding points ‘Dancing on Ice’ style, then City are going to struggle when playing away.

The margins remain fine of course – before anyone reminds me – especially on the road, but for City to fall foul of them continually is not just down to misfortune. Wilder knew if the Blades could get a lead, then his defence is good enough and solid enough to hang on for a 1-0, just as Wilder knew if his men could generate a period of sustained pressure and sling enough hopeful crosses into the box, something would drop.

As it transpired, nothing needed ‘to drop’, as tends to be the case if you leave Billy Sharp unmarked from six yeards and give John Lundstram enough time and space to self-isolate before delivering a cross.

Wilder’s far removed from a mug and will have known that City have scored a paltry six away goals in the Premier League all season or, to put it another way, one goal in every two and a half games.

That’s not going to keep you up, unless you have an almost unblemished home record.

We don’t have anything like an unblemished home record.

Yet still, in truth, it was a more spirited City performance than I had anticipated. The physical and mental toll of Wednesday night was significant and I’d half-expected one of those after-the-Lord-Mayor’s-show offerings, in which we tend to specialise… but it wasn’t.

Okay, so the Blades too had a midweek FA Cup tie that went to extra-time but had an additional 24 hours to recover plus an excitable and chirpy Bramall Lane crowd to help get them over the line.

If City’s situation were not so stark it would have been one to take on the chin and move on, but with games running out we simply don’t have that luxury. Every point counts. A scrappy, ugly point from deepest, darkest Sheffield would have been a godsend.

The optimists will point to City’s position not worsening as a result of yesterday’s defeat, with other results going our way, while those of a less sunny disposition will point to a gap that’s not closing with now fewer games left to bridge it.

All I know is, if Villa win at Leicester on Monday night the table will look more than a little sorry, with City set adrift at the bottom, with the worst goal difference in the division, so with effectively a seven-point gap to close with just nine to play.

Yet part of me still wants to believe, as illogical as that is. With only the merest shreds of evidence to back it up.

It’s unlikely but not beyond the realms, that from home games against Southampton, Brighton, West Ham, Burnley and Everton we could, say, win four (no way can we win every one), giving us 33 points. The crux is, based on all of the above, from where the hell do we muster another five or six points when we have to go to Arsenal, Watford, Chelsea and Man City?

But credit to Daniel Farke for trying to mix it up yesterday and no-one on this occasion could accuse of being reactive rather than proactive. To go two up top and revert to a – dare I say it – Lambert-style diamond was worth a go even if it didn’t work. We just had a few who were off-colour on a day when, to get anything, we needed everyone firing. Against sides who are strong and physical, we’re still ill-equipped to properly match them and certainly unable to go toe-to-toe.

There is always the Sheffield United factor to consider and, despite Farke and Wilder having seemingly made their peace after getting off on the wrong foot, I can’t think of a worse team and bunch of supporters to evolve into your latest bogey team.

Gracious in victory they most certainly aren’t, and right now they’re edging Leeds out at the top of the charm league. Of all the irritations of yesterday, that yet again we gave them something to crow about is well up there.

But, there’s no escaping, as primitive as their style of play is, it’s extremely effective. And fair play. They’re having the season we can only dream of, and should even start preparing for a Europa League campaign.

Wilder had the opening word, so it’s only fair that Farke has the final say…

“It’s a big setback in the fight to stay in this league but it’s also important not to lose nerve and to stay calm.”

As ever, he’s right.

While you’re here, a little reminder about an event that’s taking place this week which will be perfect for those City fans of a certain age… any age in fact.

#ncfc fans: what do you go to the football for? Would City winning 1-0 every week make you happy? Or are you there to be entertained?

As a match-going supporter, what is most important to you?

Norwich turning up against Spurs this weekend.
You just know it.

Most Chances Created from TheOther14 in #PL week 37. @Other14The

@ChrisEriksen8 with the most this weekend.