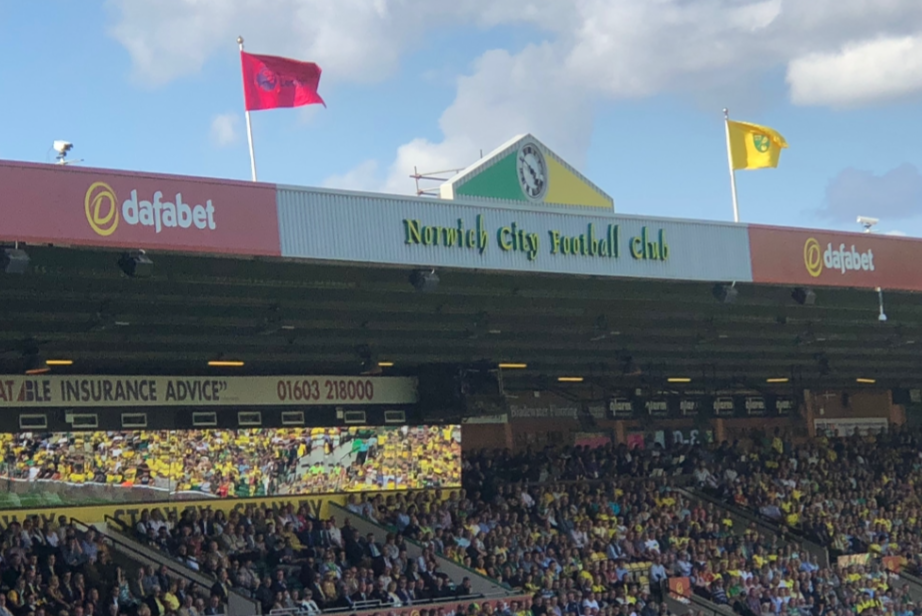 ‘You don’t know what you’ve got til it’s gone’ sang Joni Mitchell. Well following recent events, lots of us are starting to find out.

Of course, in a global crisis like the Coronavirus pandemic, sport is of minor importance compared with what’s at stake for some people.  Believe me, I know. I live with my 87-year-old father who has one lung and is recovering from pneumonia.

He’s a prime candidate for a statistic on a government chart and I’m desperately worried whether he is going to come through this. I’d already pre-empted the football authorities and decided to fall on my sword as far as Saturday’s match went. In the end, the decision was taken away from me as the awful reality of what lies ahead became clear.

As Jurgen Klopp said, ‘If it’s a choice between football and the good of the wider society, it’s no contest. ‘Really, it isn’t. (What a well-rounded individual that bloke is. However much you might dislike Liverpool Football Club, it’s hard not to like him. The only surprise is that he is a football manager).

Taking all that as read though, didn’t Saturday seem odd. For me, it wasn’t just the game itself. There are so many parts of my life revolve around football that I felt like I’d had a limb amputated.

As a member of the Canary Trust board, it was tough as we lost two important events this week, but it’s also the little things. The live games on the telly, listening to Jeff Stelling on Gillette Soccer special, doing the Super6 and trying to beat my mates, meeting my friends before the game for drinks and food, Snakepit banter, watching the flags and getting a lump in my throat (still!),  joining in with fellow posters on the Pinkun message board to try to raise money for the admirable CSF, watching my accumulator fail usually by one game (when the fun stops, stop folks), MOTD (no BBC, Mrs. Brown’s Boys is not a viable alternative).

I’ve heard one or two people say well it’s no different from the summer. Well, it is for me. As a huge cricket fan, I have replacement therapy on hand, and indeed occasionally there are overlap conflicts (never used to happen in Dennis Compton’s days). And every two years there’s either the Euros or the World Cup.

So, what do we all do then? I know lots of us have other hobbies and interests – I do myself – but they are supposed to be as well as, not instead of. Some of my friends have bought boxed sets to plough through. I even saw a noughts and crosses match between NCFC and Southampton on Twitter yesterday.

Some have been frantically searching the sports channels looking for some obscure live sport with little success. Some of us even decided to write an MFW article for the first time this season. lol!

None of us knows how long this will go on, but it looks as if it will be for a while. I’m not going to venture into the territory of what should happen and when. Whatever is decided someone’s going to be unhappy. It’s a no-win situation. If the title is awarded to Liverpool (which I wouldn’t have a problem with) it’s going to be a hollow victory and nowhere near as satisfying as the real thing.

And what about Norwich? From the moment Jamal Lewis bowled Kasper Schmeichel round his legs, I genuinely believed we had a chance. As long as it’s mathematically possible, those six points we are adrift would be meaningless in the hands of any lawyer worth his salt.

But one, very small, blessing has come out of this. It’s reminded me that I still love football. I had been having my doubts if I’m honest.

I can’t remember when the first symptoms of this malaise first started to appear. I suspect it may have been when Robert Chase began to dismantle our only real chance of ever competing at the very top level.

I remember driving to work the morning after beating Bayern Munich in the Olympic Stadium on a cloud of euphoria, but with the nagging doubt it may never get this good again. I think it was round about then.

The loss in stature of the FA Cup, the obscene amounts of money, the cheating, VAR, body searches, had all contributed to these doubts. The fact that I wasn’t too bothered if we got relegated or not simply compounded this.

But this tiny piece of RNA with its lipid envelope (which ironically in some pictures looks like a football) has put all this to bed.

Still one of my favourite photos on my phone this 🤩🔰 #ncfc

Crouchy and his time on loan at Dunston Hall #NCFC 😂