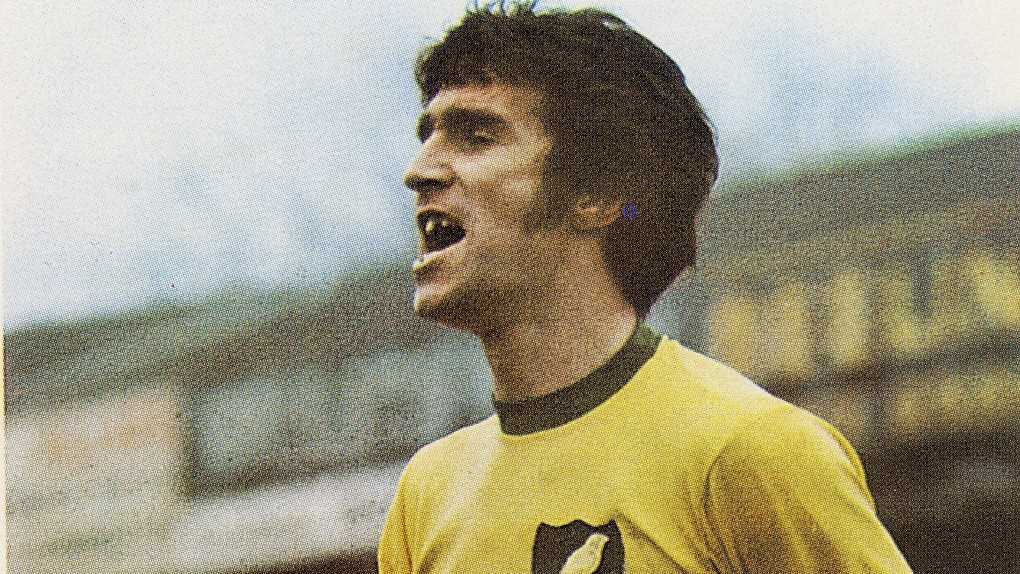 The clue is in the title.

And so, kicking us off in civic style, straight in at number ten, in a Fluff Freeman style, it’s the Mayor…

A sprightly, energetic midfielder, full of life, who loves scoring the odd goal here and there. A great character to have knocking about. Tendency towards amnesia and wearing tricorn hats after winning trophies.

Twice the NCFC Player of the Year, a popular winger with goal-scoring pedigree who was the team’s top scorer in three successive seasons and part of the Ron Saunders team that made it to the top flight for the first time.

A full Scottish international with 50 caps, Hartford wasn’t at Carrow Road for long but while he was here he did do something rather special on 24th March 1985. If you need me to tell you what you’re on the wrong site. Gosh bless dear old Gordon Chisholm too – and Chris Woods for his strong gloves!

Ted netted twice versus Frank Worthington’s Leicester City in my first game as a supporter in 1975. What a goalscorer. Netmakers always rubbed their hands with glee when the original Maccy D laced up his boots and trotted across the white line.

A brilliantly offensive manager, spiky and irritable. He infused confidence into a limited squad and set them on a glorious goal-fest for a handful of seasons. An unpleasant end bittered memories slightly, but it’s great to see he’s still doing a marvellous job down the road in Suffolk.

What would life be without Robert Fleck? A lot duller for a start. A goal-scoring menace with a touch of the devil in him. One of the most watchable strikers ever to wear a yellow shirt.

And now to the Top 3… Firstly, a manager from the mists of time. A man who set the bar that bit higher…

Achieved promotion and an FA Cup semi-final. Macauley was the man who lit the flame (before passing the torch eventually to Ron Saunders) which set the Canaries on a course to join the major English clubs at the top of the football pyramid.

He was the catalyst for the club’s top league finishes, cup success, and European run.

In at No. 2 is that (once) floppy-haired, crossbar-nutting, all-round cheerful life-enhancing shot-stopper…

I remember a fully-follicled Bryan James Gunn arriving in 1986 bouncing on the pitch full of character, fun, and determination. He was here to fill the gap left by the sublime Chris Woods (temporarily filled by the cheerfully likable Graham Benstead) and did so with aplomb.

We shared an enviable decade or so and all of us are richer for the experience. A genuine Canary legend that not even a regrettable management appointment could spoil. ‘There’s still only one… Bryan Gunn!’

But who could possibly beat Bryan Gunn to the No. 1 jersey?

Well, he’s last but most definitely not least, sitting at the top of the tree (and probably giving it a good kick while he’s up there). He’s the leader, the strength, the heart; he is the epic…

Forbes was captain that day in 1975 I first stood on a beer crate in the stands at Carrow Road and, in my mind, he’s been captain ever since. ‘Forbesian’ should become a geological term. A great player for the club and wonderful force of nature as a man.

A sad, sad loss towards the end of last year.
I could type many more words but none would do him justice. A picture might though, and the picture I’m thinking of is probably the same one you’ve got in your mind’s eye right now – the iconic shot of him training at Mousehold towards the end of his career.

That was Duncan Forbes. A Scottish colossus. He may have worn No. 6, but he will always be No. 1.

Thanks for all those Scots who have contributed to the Canary cause and may the high road (or low road for that matter) continue to provide a string of stud-booted talent for the seasons ahead.