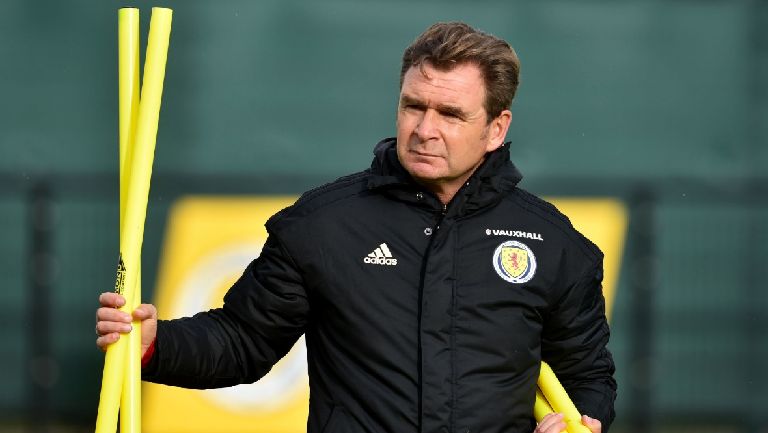 Anyone who listens to Radio Norfolk knows what a lovely chap Chris Goreham is.

What you may not know, or recall, is that said lovely chap was once of this parish, before his writing skills, on top of his broadcasting skills, were snapped up by the good folk of Archant.

Back in the day – October 2007 to be precise – Chris wrote this little beauty in the wake of Peter Grant’s City drawing 0-0 at home with Scunthorpe; a result that ominously consigned us to a place in the bottom three.

It’s easy to criticise football managers. Sometimes you can pick holes in team selections, tactics and work in the transfer market but there are occasions when it’s difficult to see exactly where a manager is going wrong.

As news of Preston goal after Preston goal against Southampton was being whispered into my headphones during commentary on Norwich’s 0-0 draw with Scunthorpe United, it was clear that the Canaries were heading for the bottom three of the Championship.

A goalless draw at home, leading to a drop into the relegation places would mean a hostile reaction at most grounds, but this time it was more surreal.

The Canaries hadn’t done that much wrong in the game; it was an improvement on many of the recent performances. But as the big clock marking the time since the last Norwich goal ticks closer and closer to eight hours these are worrying times.

So where’s it all gone wrong?

Darren Huckerby’s much-publicised comments that this is the ‘weakest’ Norwich squad he’s been a part of were difficult to argue with as he let rip into the BBC Radio Norfolk microphone – still in his kit after what’s become known to City fans as ‘The Molineux Debacle’.

But can you really criticise Peter Grant for the summer’s work in the transfer market?

Yes, Rob Earnshaw was a big loss, but he and Dickson Etuhu simply had to go because of the clauses in their contracts. There really is no point dwelling any further on their departures.

Youssef Safri’s exit remains a mystery but clearly, for some reason, his relationship with the club had broken down to the point that he was never going to stay.

Grant brought in nine players during the summer. Virtually every Norwich fan that I spoke to at the time was pleased with his work.

In fact, the main criticism levelled at the manager during the transfer window and the subject that dominated many of our early season phone-ins on BBC Radio Norfolk was the lack of a new central defender.

And yet a couple of months on and after nine league games our defensive record really isn’t that bad. Ten goals conceded in nine games is actually fewer than the league leaders Watford.

Suddenly the problem is starkly at the other end of the pitch. Just five goals so far and none in what for most of us would be a full working day.

If you’re not putting the ball in the net the pressure builds on your defence and suddenly one mistake can cost you a 1-0 defeat.

Gary Doherty has taken a huge amount of criticism this season. For my money, it’s been unfair.

I’m not suggesting he’s the new Bobby Moore, but the man who just 18 months ago was picking up the supporters Player of the Year award has become a target for a lot of stick.

Grant, clearly aware of this, went out of his way to pay tribute to Doherty in his programme notes ahead of the home match against Sheffield Wednesday: ‘I thought Doherty was outstanding at The Valley…’ said Grant about a match against Charlton in which he’d conceded the first penalty.

Doherty was one of few players to come out of the aforementioned ‘Molineux debacle’ with any credit, fighting for every ball for a team under constant bombardment. Down to ten and then nine men, he was made captain for the club’s next game.

Dion Dublin described Doherty as ‘probably our best player this season’ – another sign that they’re all aware of the questions being levelled at the former Tottenham man’s place in the first eleven. Dublin wouldn’t have bothered saying it if he didn’t mean it.

In the same interview, he called the Canaries’ start to the season ’embarrassing’. A straighter-talking footballer you couldn’t wish to meet.

When talking about loan signings the Norwich manager has been keen to point out that he’s not willing to cave into astronomical wage demands for Premier League players that he’s not convinced would improve his squad.

That dismal defeat at Wolves was always going to have far-reaching consequences and it has for Julien Brellier.

His sending off for getting booked twice at the same time was the most extreme example of a loss of discipline I can remember seeing. For that, he got a one-match ban.

Interestingly though Rossi Jarvis and Michael Spillane have been included in Norwich squads ahead of the Frenchman since that incident. The youngsters have earned their opportunities and can Grant really be criticised for doing that?

It would have been very easy to go straight back to experienced players for such high-pressure games.

Peter Grant is an honourable man. He’s the first to admit he’s not got everything right in terms of team selection this season.

Despite a miserable run of form I’m yet to see him refuse to answer a question at a Press conference, get snappy with the media or try and dress up poor performances on the pitch by looking for ‘positives’ that few other people manage to spot.

You might think that’s the least we should expect from him, but many other managers have been known to do exactly the opposite when the stakes get a little too high for comfort. It happens every week when they do those post-match interviews on Match of the Day.

The Norwich boss even admitted this week that he’s been seeking advice from other managers about how to put things right. A sign of weakness?

Not really: the football community is a small world, the only surprise is that more bosses don’t admit they ask for help from colleagues. I’m sure most of them do.

Whatever happens, football is a results business and clearly if Norwich City’s time in the bottom three turns out to be more permanent than a just a blip, big decisions will have to be made.

Nottingham Forest, Leeds United, Manchester City and Sheffield Wednesday have all been down to the third tier of English football. If it can happen to them then, of course, it can happen to Norwich.

It’s worth remembering that even with Earnshaw, Etuhu, Safri and parachute payments we could still only muster 16th place in the division.

Be honest though – taking into account transfers, team selections and post-match comments, would you really have done very much different to Peter Grant?

The goalless draw against Scunthorpe took City’s record for the season to won 2, drawn 2, lost 5, and meant they’d failed to score in four consecutive games.

One week later, after City had drawn another blank in a 1-0 defeat at QPR, Grant was toast and resigned.

But, as Chris astutely alluded to at the time, the problems extended to beyond the dugout.

A quarter of the season done and we are 2nd only on goal difference. Still there are people who moan! If we had found a winner in the last game, we'd be top by 2 points. No pleasing some. #otbc #ncfc

Any #ncfc fans upgraded an u21 season ticket to an adult ticket this season? How much am I looking at?

Yes, I should have rung the ticket office… 😂