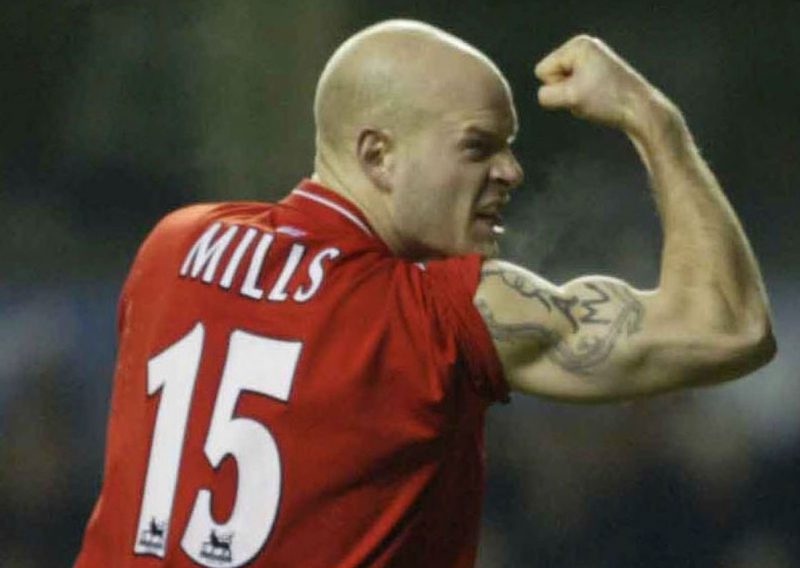 There are many who pass through the Fine City in the name of professional football and fall in the love with the place. Some stay for life. I’m thinking Darren Huckerby, Iwan Roberts and Darren Eadie, just off the top of my head, but there are others.

Equally, there are some who pass through for the same reason and wish they hadn’t. Sometimes it just doesn’t work out. I give you Andy Hughes, Marcel Franke and co.

And there are some for whom it did work out but who still prefer to try and erase it from history. I’m looking at you Andy Townsend.

But it’s when it’s a player who is technically ‘one of your own’ who’s spent the last 20 years attempting to delete his time at the club from the annals, it becomes a little… umm… awkward.

It becomes even more awkward when the academy product, who’s as Norfolk as Bernard Matthews Turkey and Colman’s Mustard, constantly gives off an air of bitterness, even venom, towards the club that gave him his initial break.

Whatever the reason for Danny Mills’ beef towards Norwich City – it’s never been explicitly revealed – he has struggled to contain it since the day he packed up his trunk and trundled off to The Valley.

Or, if he has been trying to disguise it, he’s made a rotten job of it.

Unfortunately, said gent has, for several years, enjoyed a high-profile role in the English football media and so has had ample opportunities to get that axe out and grind it. Opportunities he’s not wasted.

In researching this piece (I know it’s not obvious, but I do sometimes) Wikipedia revealed precious little about his time at City – almost as if it had been written by Danny himself.

But what it couldn’t disguise, was the fact that despite having an extensive playing career, one that even included some international caps, only at Leeds did he play more games than he did at Norwich. His much-lauded time at Charlton only yielded 45 appearances, his time at Man City 51 (according to Wikipedia).

Hands over your ears, Danny, because at City you racked up 68 appearances. Not bad, even though many were as an understudy to Daryl Sutch. 😉

Wikipedia, (notoriously fictitious) also tells me that he didn’t score a single goal in his time at his hometown club, but I beg to differ. Because I was there.

A conveniently timed League Cup away trip to Torquay in the early autumn of 1995 was the perfect excuse for a couple of days in the ‘English Riviera’ (do they still call it that?), made no less desirable by the fact City were already 6-1 up from the first-leg.

And a fine road trip it was too.

The morning before the game was spent nursing the mother of all hangovers and watching coverage of the final throes of the OJ Simpson trial, while, later in the day, the Plainmoor’ social club was a perfect setting for pre-match drinks.

So, yes, alcohol had been taken, but I swear, with City losing 2-1, it was one Danny Mills who swiveled on a sixpence on the edge of the box and fizzed one into the Torquay net to make it 2-2.

I swear it was. Anyone else there?

Danny will no doubt contest this, but the records suggest that goal wasn’t merely the result of an alcoholic haze.

So there. And we went on to win.

But he didn’t cut a particularly happy figure in his time at City – whether playing at right-back or occasionally in, from memory, in an Alex Tettey, defensive-midfield-type role.

He was officially one of our own but, for a reason that’s not wholly clear, didn’t endear himself to the faithful. Maybe it was because he wasn’t particularly good – in either position.

Following his heroics at Plainmoor, Mills did spend another couple of season mooching around the place, but he clearly felt under-valued and under-appreciated. When Alan Curbishley came calling and he was off quicker than you could say ‘Sutchy’s understudy’.

In fairness, he did make a name for himself at Charlton; so much so, in the space of 15 months, he attracted the attention of Leeds who, in 1999, were in the Premier League and actually quite good.

He cost the Real Madrid of the north £4.1 million – quite a sum back in the day – and it was during his time at Elland Road that he somehow managed, elbows out, to lever his way into the full England squad.

It was also during this time that, while on England duty in South Africa, he declined the opportunity to meet Nelson Mandela, preferring instead to (allegedly) watch action videos of Danny Mills.

When Leeds were relegated at the end of the 2003/04 season, Danny decided the Championship and Leeds were no longer for him and headed to the brights lights of Manchester. These were pre-Sheikh Mansour times but Man City were still deemed big enough to accommodate our Danny’s lofty ambitions.

In between his Leeds and Man City spells, he shared his skills around – why should only Leeds benefit? – and enjoyed a successful loan spell at Middlesbrough.

By the time Man City came calling, his England career had run its course, and (reportedly) Nelson had just about recovered from the indignity of being snubbed.

His Man City career comprised a couple of decent seasons and a few loan moves followed as his career drew to a sedate, uneventful close. But his eloquence and straight-talking had been spotted by some media types and before long, Danny Boy was to be seen and heard in the guise of a pundit.

Alas, we’re back where we started, and he’s never seemed able to rid himself of the hurt caused by being unable to make a proper breakthrough at Norwich.

Whenever the chance to put the boot in presents itself, Danny takes it. No slicing, hacking or shinning this time round… instead it’s usually a beautiful, clean strike that finds the postage stamp with unerring accuracy.

One particularly fine example was in Chris Hughton’s relegation season of 2013/14 when City played Spurs at home in what was a feature game on Match of the Day 2. City won 1-0, Robert Snodgrass scored the goal, and they played well in what was widely acknowledged as their best performance of the season.

Alas, our Danny, one of the two studio experts, was unimpressed. City’s best performance and win of the season it might have been, but he preferred to pick holes in all that was wrong with City’s first-half performance.

He took some online flak for his odd take on a City win but was typically unrepentant, as he has been all along when challenged on his indifference towards the club of his youth.

More recently, in the last few weeks in fact, he’s been doing everything humanly possible to facilitate a move for Teemu Pukki to his beloved Leeds if, as he expects, City fail to survive in the PL.

The axe continues to be sharpened.

But until the inevitable no-holds-barred autobiography hits the shelves, we can only surmise as to the reasons why Norwich City FC grinds his gears in the way it so obviously does.