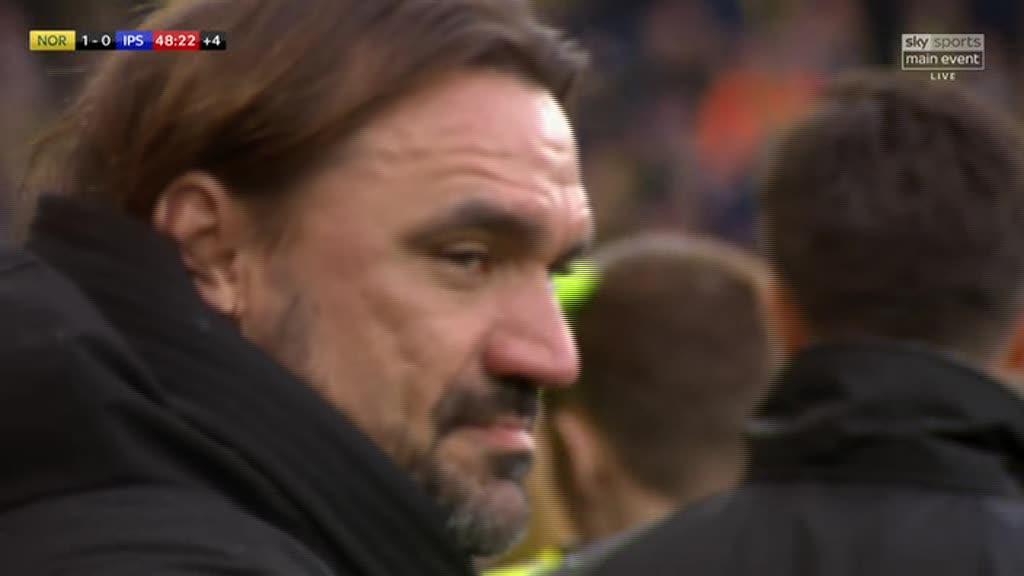 Do you remember that scene in the Matrix, where Neo becomes ‘self-aware’…?

For my football awakening, that was the summer of 1993.

Sure, I liked football, used to have a kick around, emulated Gazza, Platt and Lineker during Italia ‘90, but I didn’t have a team. So my Norwich FC journey began in that summer of 1993.

It was whilst reading Gary’s thoroughly enjoyable two-part review of the decade, that it got me thinking about what was my favourite ever season supporting our glorious and, at times, tumultuous club. I knew the answer within seconds – 2018/19.

I’ll explain why later, but in the interests of impartially, I’ll run through a few that came close, but didn’t quite match that most glorious of seasons.

1992/93. Ok, technically I wasn’t really a ‘fan’ during this season. But for many it stands out as the pinnacle of the club’s history and with good reason. Competing at the top of the inaugural Premier League and, in fact, leading it for many weeks, nay months, surely should see this as our greatest ever season?

The arguments are strong. Great passing football, heroes all over the pitch and a tactically savvy and suave manager in Mike Walker. Embedding continental panache on top of the grit and hard work formulated by Stringer, we took the league by storm and what a ride.

However, where this season, for me, doesn’t top the list, is in so far as we fell away at the end. The juggernaut that was Manchester United was finally stuttering into life and we simply couldn’t compete. It had all the hallmarks of a fantastic date, but one that ended with a kebab and a taxi ride home on your own.

Cue 1993/94. Perhaps the season that really put us on the footballing map. Yet, for all the European glory and exposure that the run gave us, it was a season of departures. Mike Walker to Everton, Ruel Fox to Newcastle and, latterly, Chris Sutton to Blackburn. A bittersweet season if ever there was one.

So a period in the wilderness beckoned; insipid seasons with the occasional tantalising glimpse of what could have been.

The next season that could be viewed in a positive light was 2001/02. A season that, on the face of it, never really looked like springing into life until we got to its final throes.

There had been positives – Marc Libbra destroying Man City ‘within seconds’ and the talismanic (well to me) David Neilsen giving a much needed injection of striking depth and quality over the Christmas period, the final day pandemonium against Stockport and then two glorious games vs Wolves – but, for all that we turned The Millenium Stadium a wonderful shade of yellow, we ultimately failed to deliver.

To top it off, we had to suffer the agony of now adding our club side to the long list of international penalty failures we’ve endured over the decades, plus the typical ‘along came Norwich moment’ to be the first side to lose from ‘that’ changing room.

Enter 2003/04, enter the man. Darren Huckerby. I can see why this would rank as the greatest season for many a Canary. Heading towards our first time back in the Promised Land following a hiatus of seven years, ripping the league up, sensational signings (Crouch, Svensson and McKenzie to name a few) and who can forget “Top of the League at Portman Road”.

Yet, I think that due to the length of prolonged success (we didn’t move off of top spot in the second half of the season) it became almost a given that we would go up. I’m sure it certainly didn’t feel like that to the squad, but as a supporter we just got used to winning and then comes the expectation that we will win most games.

Does that make the feeling any less enjoyable? The football wasn’t bad, but certainly nothing like what we are currently witnessing.

2009/10. Enjoyable – yes. Entertaining – yes. Last minute winners – yes. But the fact the opponents were of such lowly calibre (Leeds aside) it became hard to experience the unbridled glee that comes with enjoying these wins. Not sure I could really get to enthralled about Yeovil away…

2010/11. Enter the season, enter the Jackson. He of a Simeon persuasion and Derby at home. This season had unexpected success with the same swashbuckling approach we had in League One. For me, this season comes very close to top spot, simply because no one expected us to do what we did. The retention of most of the squad and cute acquisition of others all came together to create one glorious glorious season, all managed by ‘he who shall not be named’. His ‘ne’er say die’ approach endeared us to the neutral and fan alike.

2014/15. As seasons go, this was up there! The best way to win promotion, surely through a Wembley win? And we turned that ground a wonderful shade of yellow. The season had started well, but swiftly petered out until Adams – and rightly so due to how stressed he looked – stepped away.

A little known Scot then descended upon us – pun intended – and boy did he grab the team by the scruff of the neck. Bassong – IN! Half-time team talks at Bournemouth now the stuff of legend and after losing to Boro in the league, was insightful enough to map out a new game plan. And after 15 minutes we all got to sit back, bask in yellow, holla out ‘On the Ball City’ and simply enjoy every single minute.

So for me, it’s without doubt the best season we have ever had. But, I’d love to hear your thoughts below. In these days of self isolation – let’s get some debate going and stay in touch with each other.

The Yellow Army is strong.