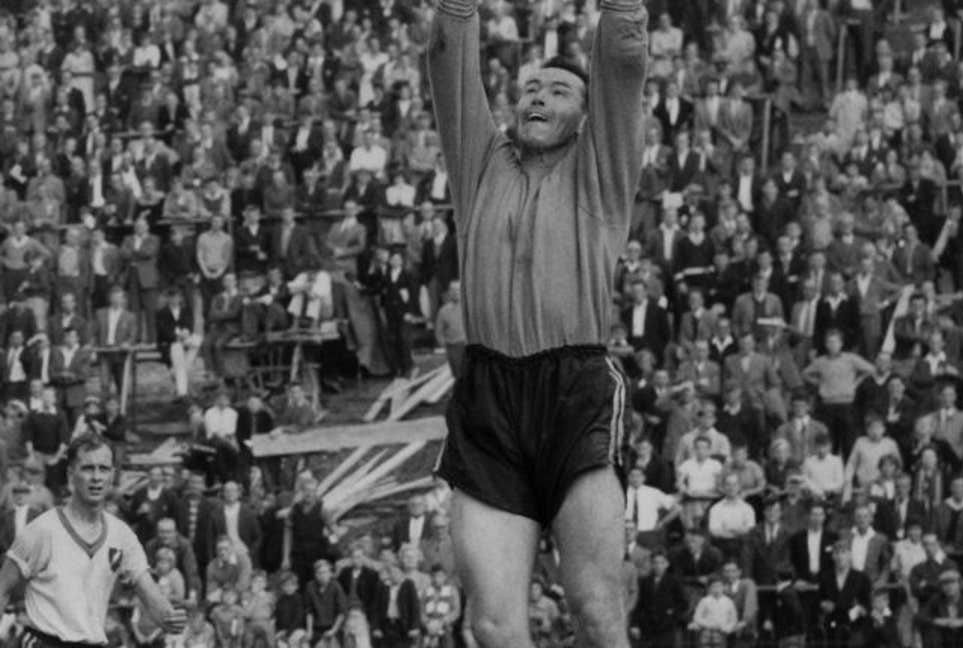 It’s a great name isn’t it? It sounds like one belonging to a 1970s TV detective; a man who likes to operate not only outside the law but also, with his unfeasible perm, heavily flared trousers and penchant for the naffest of the naff music of the time with the likes of Paper Lace, Middle Of The Road and Clout, outside the realms of good taste as well.

Maybe it would have been called Vasper and starred Robin Stewart – car of choice a Triumph TR7, drink of choice… Worthington E?

Vasper was one of a cluster of hopefuls doomed to spend time at the club hoping upon hope that they would, one day, supplant the one and very only Kevin Keelan in both the side and the hearts and minds of Canary fans.

He started his football career as an apprentice with Orient but, finding it hard to break into the O’s first team (the club only recently having been relegated from the top flight when he joined them) he signed for non-league Guildford City.

He earned himself a reputation as one of the finest goalkeepers in non-league football during his time at the club, earning himself a Southern League Cup Winners medal as well as playing his part in an FA Cup run that saw Guildford just 90 minutes away from a place in the FA Cup 3rd round in the 1967/68 season.

It was enough to garnish the attention of some football league clubs, one of which was the Canaries.

Peter signed for Norwich for just £5,000 in February 1968, making his league debut in a 3-1 win over Blackburn Rovers at Ewood Park on March 2, and going on to play in all but one of the Canaries’ remaining 12 league games that season. That run that included, unfortunately for him, a 6-0 defeat at Crystal Palace that Easter.

Lol Morgan stuck with him however until the last game of that season, a scrappy 1-0 win over Cardiff City that saw Ken Foggo get the winner, but, more notably, the return to first-team duties of Kevin Keelan, fit and ready to go after injury.

Keelan started the following season as first choice and remained so until March 1969 when he was, again, ruled out for a period of time due to injury. Being Keelan, it would have been no routine knock or strain; his physical fitness and durability was as strong and renowned as were his skills as a goalkeeper; reasons, you would think, for Vasper, regarded as a keeper of some promise, to soon grow weary of his role as perpetual understudy and want to move on.

But not so. Not even after that run of ten games he got towards the end of the 1968/69 season, one that included two clean sheets in those ten games and five more that saw he and his defence (one that included Dave Stringer and Duncan Forbes) concede just one goal.

Impressive stuff, but would have been even more so had he and that defence not then been on the end of two consecutive defeats that saw nine goals conceded.

The fit-again Keelan duly threw away his latest plaster cast in order to appear, again, in the club’s last game of the season. Another win, another returning hero, another guaranteed run of games for The Cat from the beginning of the following season – 22 to be exact. That is, until the game at Charlton Athletic on December 13, 1969; one which saw him fracture his arm as he attempted to make a save from opposing striker Ray Treacy.

Off went Keelan, on came yet another plaster cast and, after a valiant attempt at goalkeeping by Clive Payne in Keelan’s place, in came Vasper again. Another run of games, a run that, just as the previous two had been, only came about because of an injury to main man Keelan.

Vasper knew that the second Keelan declared himself fit again, he would return to the side which he did; Vasper’s run of games this time around only extending to nine.

He duly saw the footballing light and, that same autumn, left Carrow Road to join Cambridge United having made just 31 league appearances in three seasons for City.

The unenviable role of Keelan understudy fell, upon Vasper’s departure, at the feet of Diss-born Mervyn Cawston who waited three years for his league debut, making 169 appearances for the club’s reserves in the meantime.

Like I said, understudy to Keelan was an onerous task.

A man who made considerably more appearances for the Canaries was Charles Dennington.

Charles played for Norwich at a time when the players would enjoy a pre-match pint or two whilst puffing away on a pipe full of the very best shag tobacco. Beccles-born and stout of heart and frame, early descriptions of him note that he was “imposing”, a man who was as adept at dealing with high balls as he was opposing forwards.

He made his Norwich debut in a 1-1 draw against QPR at The Nest in August 1922, replacing William O’Hagen for that game and, after having seen off both him and crowd favourite Ernest Williamson, was an ever-present in the Canaries side. He missed just 20 league games over the following five seasons, becoming, in the process, the first Norwich goalkeeper to make over 100 league appearances for the club.

His departure from Norwich is shrouded in mystery, however. Having played in the side that beat Watford 5-2 at The Nest on May 2, 1929, he was immediately transfer listed with a fixed fee of £500, the club explaining that his imminent departure was for “intemperate habits”.

Maybe Charlie was rather too fond of the odd ale and is an early example of a footballer falling foul of the dreaded booze? He played just one more game for the club, a 2-2 draw at Newport County, before joining Bradford City just ten days later.

Antonio Gallego’s Norwich City claim to fame is that he was almost certainly the club’s first overseas goalkeeper. Born in San Sebastian in 1924, Gallego came to Britain as a refugee from the Spanish Civil War, playing for both Cambridge City and Cambridge Town before joining Norwich in March 1947.

Gallego was one of five different keepers that City used that campaign, the first in England since the end of the Second World War.

It was not a good Division Three South campaign for the Canaries, who ended it joint-bottom of the table, just ahead of Mansfield Town (who were not re-elected to the league) by a difference in goal average of just 0.14; the Canaries having conceded 100 goals in their 42 league games.

Gallego made just one appearance but how crucial that might have been; the 3-3 draw with Bristol Rovers worth an all-important point to the Canaries. Had they lost that game? Well, things might have turned out very differently.

Another one game goalkeeping wonder for Norwich City was Brian Ronson; his sole Canary appearance coming in the 3-2 win over Swindon Town on November 7, 1959, a season that ended with the Canaries promoted to the Second Division as runners up to Southampton.

Ronson, who was a dart-playing regular at the Elm Tavern in Norwich, gets his mention here not only for that but because, like Vasper, he was the understudy to a near-permanent fixture in the Norwich ranks. In his case it was Sandy Kennon (another overseas keeper for the club, having been born in South Africa) who was a patient but ultimately rewarded understudy himself to the one and only Ken Nethercott.

Sometimes all that patience pays off.

It did for Kennon (in header pic) who went onto make 255 League and Cup appearances for the Canaries having initially been signed as cover for Nethercott.  Yet, for the likes of Vasper, Ronson and many others, it did not and their playing time at the club is as fleeting as their reputation and place in the club’s history.

Yet they are part of it and should not be forgotten for the roles that they played at the club, always ready and waiting yet rarely in the spotlight.

[A role that one Ralf Farhmann was unwilling to undertake… – Gary]

Seeing this actually makes me feel so much better about #NCFC at the minute! Having you back the passion…..I love that from you!

- Are #LUFC or #BurnleyFC joining #WatfordFC & #NCFC in the Championship?

- Get involved in the debate via our brand new comments section - https://www.footballinsider247.com/have-your-say-in-football-insiders-new-comments-section/?utm_medium=Social&utm_source=Twitter#Echobox=1653064820

For the final time this season, it's matchday!!

Tell us your score predictions for #NORTOT