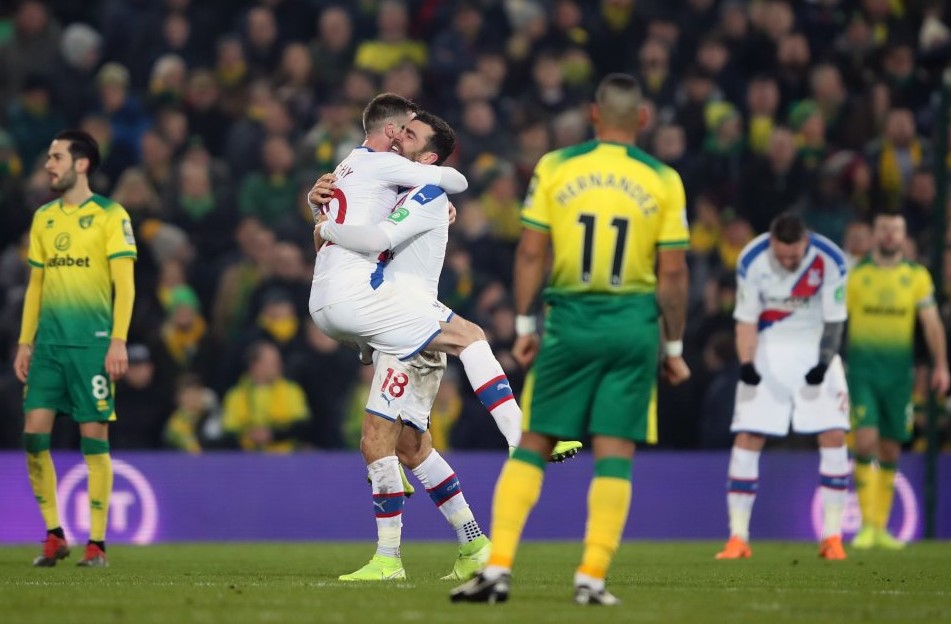 One of MFW’s regular commenters, Steve Godbold, was kind enough to take up the challenge of penning a guest blog. Here he eloquently explains why he believes it would be unjust if City’s Premier League status is retained by the season being effectively cancelled…

As the Premier League works out how to bring an end to the 2019-20 season, one of their options is the “null and void” one, which advocates that we just forget it all and start again.

There are a couple of variations on this, including promoting Leeds and West Brom and having no relegation this year, with four or five to go down the following season.

Some people on messageboards have convinced themselves that “null and void” is the only option and that, as a result, our own Norwich City FC will get a relegation reprieve and another year of TV money.

Whether I agree with that as a possibility or not (I don’t), and ignoring completely the numerous, very expensive and time-consuming legal actions which would follow such a decision, the question is, is that really what we want?

To profit from a situation in which thousands of people have suffered and/or died just so our team doesn’t go down? Is that really what it has come to?

Why are we bottom? An unlucky early-season injury crisis certainly contributed to a lack of points before Christmas, but we have been relatively injury-free since then, apart from Timm Klose and Onel Hernandez. Most other teams have had similar misfortune by now, so I’m not sure we can keep blaming injuries or bad luck for being so far adrift.

I think we’re bottom because Teemu Pukki has gone off the boil and no one else has stepped up, apart from Todd Cantwell, to contribute to scoring the goals. Don’t tell me that Emi Buendia is a £50million player, brilliant though he is on occasions, when he isn’t even getting in goalscoring positions, let alone scoring.

I think we’re bottom because a defence which wasn’t very good in the Championship is even worse in the Premier League. Maybe Timm would have made a difference, but let’s not forget he couldn’t even get his place back near the end of last season when he returned to fitness.

I think we’re bottom because Daniel Farke and his coaching team have made some mistakes and, though that’s understandable, some of it was avoidable. Playing the same team against Burnley away which had just beaten Man City, for example.

I can just imagine Sean Dyche’s team talk before the game.

Also, not playing Mario Vrancic enough, maybe. Getting Christoph Zimmermann back from injury too soon, possibly. Not protecting Ibrahim Amadou enough, probably. And not learning how to defend set-pieces, definitely.

I think we’re bottom because we conjured up losing positions from games we should have won, and because of mistakes by players who are supposedly worth tens of millions.

Anyway, I don’t want a relegation reprieve. Mainly because I think that would be immoral and unfair, but also because I think the same thing would happen again – we’d finish bottom. We still wouldn’t have any money; we’d still have a largely Championship quality team that won’t improve enough; we still don’t have enough goalscorers and we still have a management team learning on the job.

I can’t really see the point of an extra year’s TV money, which we just give to the same players who aren’t really good enough to keep us up.

Now they might prove me completely wrong, of course, if we do get to complete the season. We might win the six or seven games out of nine that we probably need to in order to stay up. And if they did, I would cheer as loudly and be as chuffed as anyone, but I think the balance of probabilities says that we won’t.

We’ve improved our average points tally since the injuries ended, but not by enough to make a real difference over that short a period. Catching up seven points over nine games on three other teams? Ain’t gonna happen.

So, in all honesty, let’s go with relegation if they can’t finish the season. We might lose one or two players, but I can’t imagine we’ll lose too many of the players who have proved that they’re not good enough to keep us up.

No-one will convince me that every single one of Tim Krul, Jamal Lewis, Max Aarons, Ben Godfrey, Buendia, Cantwell, and Pukki will have loads of suitors, or become immediate regulars in any other Premier League side. Some of them have great potential, but others may have had their best days already.

Let’s be absolutely honest with ourselves for once. We are a Championship side, so let’s have another go at the Championship. We might even win it again.