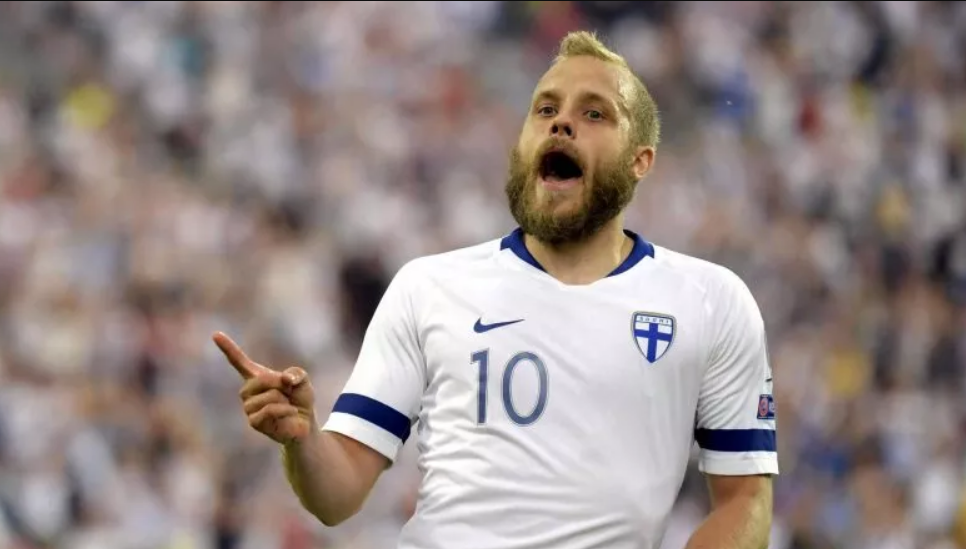 After a brace of ear-splitting, blood-curdling shrieks from Robert Plant the first track on Led Zeppelin III in 1970, The Immigrant Song, kicked the album off. It was all about Vikings on the rob and although I think the lyrics are a bit first-year sixth form they went like this:

We come from the land of the ice and snow
From the midnight sun, where the hot springs flow
The hammer of the gods
We’ll drive our ships to new lands
To fight the horde, and sing and cry
Valhalla, I am coming!

Although Monty Python complained about “Bl00dy Vikings” I thought I’d take time out to consider the impact some of these good folks have had on Norwich City.

I’ve extended my theoretical geography a little bit to include Denmark and Finland but in the name of Thor, so what?

I’ll begin with one Aage Hareide. He played for us between 1982-84 and scored two goals in around 40 games. Not too bad for an old-fashioned full back.

He went on to manage his native Norwegian national side of course, and also enjoyed great success in a similar capacity in club football in Denmark. One we can all remember with affection I am sure.

We also had a couple of great [?] Danes as in Henrik Mortensen as a permanent and Jan Molby on loan.

Henrik looked the part but never seemed to be able to find the net – the first requisite of a striker. A nasty injury put an end to his stay in Norfolk but who knows what might have been.

Molby still had it and oh boy could he spread the ball. Trouble is he had all the mobility of a rock with a frog on top of it. Career twilighting at its best but his Danish scouse was a joy to listen to.

He always reminded me physically of a taller Garry Brooke. Make of that what you will.

Then there was the Norwegian Erik Fugelstad. He was signed from Viking – who else – Stavanger by Mike Walker in 1997 and hung around for a couple of seasons. He knew how to cross a ball and was pretty popular with us oiks.

Enter Mathias [Matty] Svensson. What a song that Swedish fella had [think Flintstones]: “He’s super, Matty Svensson. From the, town of Boron, he fired us to the Premier League”. Memory – you can’t Google that.

I’ve still got a great glossy EDP poster of him and Hucks celebrating after a win against Can’t Remember FC. Another one Worthy let go too early.

Moving on at a tangent I’m briefly going to mention Ulf Ottosson who stayed with us for a very brief time under Walker in 1997. Mike W decided not to make the signing permanent and having seen Ulf play a couple of times I think he was spot on. Ulf is one I did a quick Wiki check on. These days he resembles Alan Brazil [sorry to use profane language].

Proceeding at pace, Martin Olsson arrived in 2013 as an upgrade on the slightly unfortunate Javier Garrido.

A big-time Swedish international along with his twin brother Marcus, he never really let us down but was obviously discontented towards the end of his time here. To my mind, he was always above average and I have much respect for him to this day.

He’s probably best remembered for squaring up to “referee” Simon Hooper against Wolves. No blame from me for that.

So why did I include Finland in my loose interpretation of what actually constitutes Scandinavia?

Obviously because of The Goat.

Teemu Pukki has been a revelation with us under the tenure of Daniel Farke.

We’ll all have our own thoughts on him but my favourite memory will surely always be his opener against Newcastle in September.

Sure he’s ostensibly burned out and is doubtless still carrying a foot [toe] injury.

But he’s the best pound-for-pound striker we’ve had since the original incarnation of Flecky.

And he deserves a spot at the green table with the yellow cloth on it in Valhalla.

Are there any more of these naughty beshielded longship rowers I’ve forgotten?