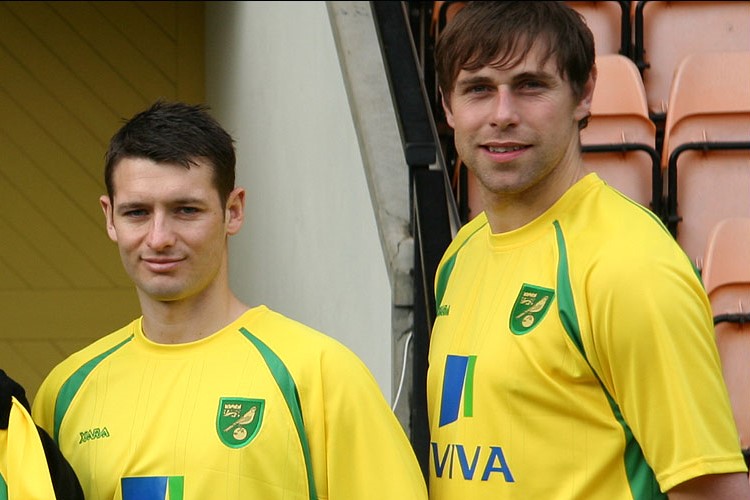 They locked us down. A scenario I never thought I’d see, certainly in my lifetime. As I sit and pen this article I find myself gazing out over the Severn Estuary and count myself very fortunate to live where I do.

We live in Portishead and have a 180-degree panoramic view of the river Severn, Cardiff right up to the Severn Bridges. I am trying to reframe this situation as a holiday more so than a lockdown. I’m spending lots of time with my now two-month-old and my two-year-old knowing that at some point I’ll be back in work every day.

With the sunshine this often feels more like a holiday than a quarantine with a clear view of the rolling Welsh coastline, hills, fields and the industry and furnaces of Newport… the view is never the same twice.

I also count myself very fortunate to live in an age of the Internet where we are able to communicate with both sets of parents either via phone or FaceTime.

Occasionally the sun catches on some piece of glass over in Wales and reflects with a twinkle, and it made me think how we would have coped in this situation without the benefit of modern-day appliances. Using mirrors to communicate perhaps?

It also got me wondering where my fellow MFW readers and writers were and how they were coping?

I thought it might be fun to for us to post a picture of us self-isolating with our favourite, or simply a Norwich shirt on. It might help to bring us all together, more so given the feelings of loneliness and isolation that can creep in. So, if you’re up for it, pictures to Gary at gary@myfootballwriter.com, who will collate it into a piece in its own right.

Let’s give a go – a welcome piece of solidarity showing that we stand together. I’ll kick us off…

I also wondered whether we could each construct that age-old discussion of what your favourite Norwich XI is. I’m not talking the greatest, or the best players, but simply your favourite players. One for each position.

Now, this comes with a caveat – you have to have seen these players live. So for me, sadly it rules out Darren Huckerby and Mark Robins who unquestionably would have made my line up. It’s, of course, easier if you have been a season ticket holder; less so, if like me, you’ve spent most of your Norwich supporting life as an exile.

Andy Marshall – left-field choice here, I’m sure many of you are thinking – Judas? Flapper? For me, a superb shot-stopper. During my school days, we were all desperate for the ‘next big thing’ to come from our clubs. And at one time he was! England Under-21 caps never materialised into senior ones. But let’s not forget that at one point, Marshall was lauded as one of the best young keepers in the game.

Adam Drury – Mr Dependable. A mainstay for ten seasons. Captain and scorer of ‘that goal’ against Middlesbrough. The first name on your team sheet.

Jon Newsome – my first taste of a ‘proper’ centre back. He arrived as I was starting to really appreciate and understand football. A leader and scorer of quite a few goals. Blackburn at home anyone!

Ben Godfrey – a surprising selection as my others have come from Christmases past…. but watching him play this season at Liverpool just made me aware of what an immense player he is and will become. I just hope we get to see him for a bit longer.

Steen Nedergaard – STEENO!! A buccaneering right back and solid defensively too. He had a hell of a right foot on him and it’s just such a shame his spell with us wasn’t longer.

Ian Crook – okay, so I only saw Chippy towards the end of his playing days. But what a passer. He could put a pass on a 50p piece but not only that, you have to love him for his Ipswich ‘U-turn’.

Phil Mulryne – dubbed the new Beckham but was swiftly found wanting as regards the requisite ability to play at that standard. Moving to the Carra, thus followed season after excellent season, one leg-break aside, of exquisite passing, some great goals and, boy, could he hit a free-kick. Grimsby!

Darren Eadie – My favourite in the list. I grew up extolling the virtues of Eadie for England, proclaiming with unabashed pride of his qualities and his left foot. And all this at a time when England simply didn’t have a left-footed winger. A case of ‘what if’, surely. I had the pleasure of sorting out Darren’s rental van when he moved to Leicester.

An absolute gent, he not only signed various bits and pieces for me, but had a good chat on the phone and also brought me in a signed photo of himself thanking me for my help. Legend.

Wes Hoolahan – Huckerby would have taken this slot, but the only fixture I managed during his tenure was Exeter away in a friendly, and he didn’t play! Groan. So Wesley takes it and to be fair he’s not a bad replacement. Twinkle-toed, I thoroughly enjoyed watching him turn defenders inside out, from League One all the way to the Prem. His penalties could have been better though!

What a player and what a legend. He gave us so many goals and so many magical moments all personified by ‘that’ laugh against Ipswich. I could go on. The goals against Colchester, Arsenal, Liverpool etc etc. All came with equal importance and glee. Akin to Iwan, it was such a shame he was faded out before his time.

Iwan Roberts – Iwwwwwwwan. The chant still echoes in my conscious. Iwan was ‘the’ goal scorer during my UEA days and as such is the striker and indeed, player I happen to have watched the most on this list.

I also met him in Time Nightclub (NCFC’s ‘Tuesday club’ coincided nicely with a uni night out) shook his hand and called him a legend. He just smiled and said thank you very much! Iwan – if you’re reading, thank you for taking the time. A simple gesture, but one very much remembered.

I remember the announcement of his signing and getting very excited – proven Premier League goalscorer! And his goals didn’t disappoint. I cheered him on with aplomb most particularly, albeit from my living room, for that glorious leap at Cardiff.

Craig Bellamy – precocious – but what a talent. He had it all, apart from the attitude.

Paul McVeigh – We love you… Another to coincide with my uni days and as such got to watch him a lot. Great player.

Mo Leitner – a surprising admission given his relative lack of time at the club and rumoured bad attitude. But I love a deep-lying playmaker who can pick a pass. And he certainly can.

Teemu Pukki – unlucky not to make the start line up. But I just couldn’t find a way to oust Holt or Roberts…

So I hope you’re all holding up well and are safe and healthy. Pictures to Gary and favourite lineup below!