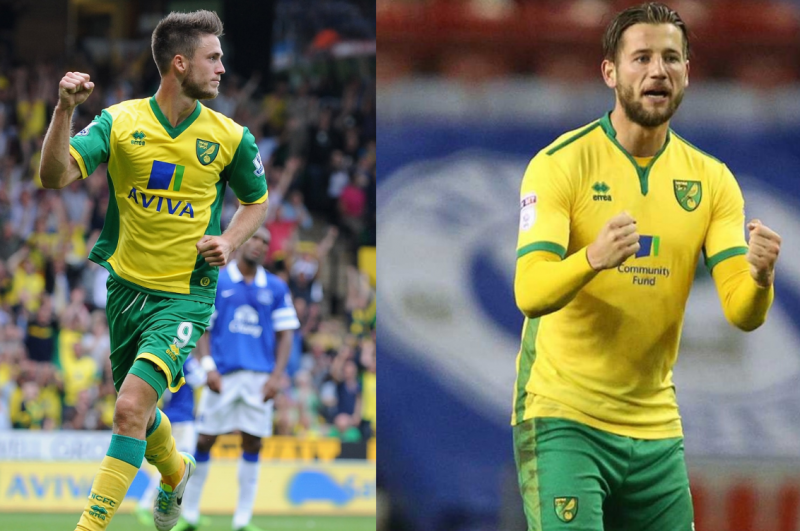 If you’re an Ipswich Town supporter, in order to look on the bright side of life you have to retreat into the Twentieth Century. They did something so stunningly right back in the day that we as Norwich City have yet to emulate and I don’t mean fluking an FA Cup win.

They signed two [c’mon you have to acknowledge it] magnificent Dutch players as in Arnold Muhren and Frans Thijssen. And all for Monty Python’s kiss on the bum and a packet of wine gums. Fair play to them in that instance at least.

But when we dipped into the Dutch market how well did we fare? Not as well as the boys down the A140 I’m afraid as I shall illustrate.

The first one I can remember is full-back Dennis van Wijk, of Milk Cup final handball infamy. Sunderland’s Clive Walker stuffed up the penalty so Dennis largely got away with it. Well, totally got away with it tbh. He was okay. Nothing more than that but still okay.

As regular MFW readers will know I’m too lazy to set out a dissertation-style ordered approach so these are random recollections that will follow in no particular chronological order.

I’ll begin with the pits, the nadir, the descent into Hades with no coin under your tongue to pay Charon the ferryman.

The not-so-Greek tragedy here involves Bryan Hamilton, Raymond de Waard and Fernando Derveld. Apparently Hamilton signed them both from video showreels. God knows what was on the video clips but whatever it might have been never appeared on the pitch. Disastrous.

So I’ll move on to Jurgen Colin. Emerging in the Peter the Pointer Grant era he somehow contrived to lose the right back spot to Andy Hughes. I think we tried him at centre-back in a game we lost 2-0 or 3-0 to somebody I’ve conveniently forgotten. He featured in the only game I’ve ever watched from the Snakepit and he was certainly not on the receiving end of any positive comments, to put it mildly.

Then there was Mitchell Dijks, a loanee from Ajax in 2017. A left-back who was a tall lad and pretty sound but it never became a perm. Apparently he’s now with Bologna and doing well. Wiki tells me he scored a header for us against Wigan but I don’t remember it to be honest.

We all know where this one is going so I’d best get on with it.

A Chris Hughton signing on a pre-nup and there was a lot of talk at the time about would he still sign from Sporting Lisbon if we were relegated. We weren’t relegated and the maths said that we finished 11th rather than 15th. Enter Ricky.

He simply didn’t suit Hughton’s lack of style. That awkward headed goal against Everton was the precursor of………… nothing. Why we signed him I will never know and he was dropped, loaned out and basically discarded.

He’s had a terrible, life-threatening recent personal injury history but seems to be fine with FC Basel just now. Good for him.

Ricky was so happy to be in Norwich that he bought his then girlfriend [maybe now his wife] an English-registered car. When he was out injured with a stubbed toe, my friend asked him about it. Keith received an icy but nonetheless pleasant stare to be told: “The problem is not in my foot. It is in my head”. Or words to that effect anyway.

On a brighter note the Netherlands isn’t really as well known for its fine beers as, say, Belgium.

But I did have the pleasure of working alongside [at a social distance] our Director’s secretary Pam, who was previously a promo girl for Oranjeboom – she was in a couple of their dreadful TV ads in the late 1980s and it took quite a few glasses of Chardonnay or something to get her to fess up. 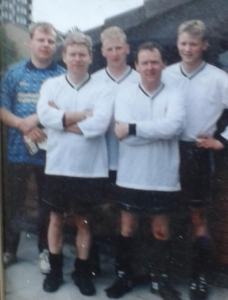 And my most memorable moment on a 5-a-side pitch came during said company’s international tournament at the well-known Pitz Centre in Liverpool when I somehow managed to push a shot from BASF Nederland’s striker around the post with a strong old lefty. The ref said to me: “Well done mate you’ve won the game” and blew the whistle.

I played in a Norwich & Peterborough goalkeeper top. We lost the semi-final.

As I often say, with this type of article I might have left somebody out deliberately but in this case I haven’t. Although if you know somebody who sports personalised keeper gloves with TK emblazoned on the wristbands thereof feel free to make me aware of your views.

Any additions to my list of folks from the Lowlands please let me know.