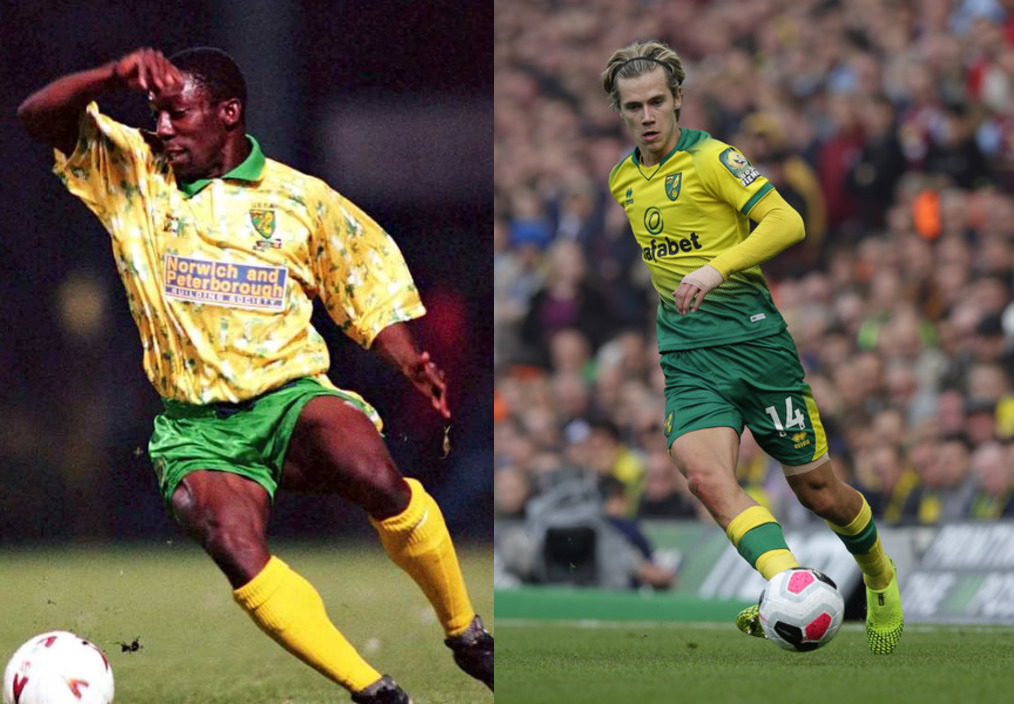 It will come as no surprise to anyone who knows me that I have a soft spot for Mario Vrančić.  However, my admiration of midfielders started as far back as 45 years ago.

Whether they be defensive, holding, central, attacking, or wingers, there’s a long list of midfielders both past and present that I have thoroughly enjoyed watching over the years.

My first ever game at Carrow Road was to watch Martin Peters which, on reflection, was an amazing introduction to professional football.  Still to this day, Martin Peters is the best player I have ever had the privilege of watching wearing a Norwich shirt (closely followed by Ian Crook).

It’s a shame that I was so young when I saw him play, because I don’t think at that time that I fully appreciated how good he was and how lucky we were to have him play for us.

The following season, I had my first ‘favourite’ footballer in Mick McGuire. A midfielder who could play in a number of positions, but he was soon replaced in my affections (sorry Mick) for a player who is still in my all-time top ten Norwich City players – Jimmy Neighbour.

Jimmy was one of a long line of exciting players that John Bond brought to Norwich and was also the first player I ever got upset over when he finally moved on.  If Jimmy played today, he would be every fantasy football player’s dream with his assists.

When Jimmy left, I soon had a replacement favourite in local lad, Steve Goble. He probably wouldn’t make many people’s list of top 50 Norwich City players, or probably top 100, but I was a teenager and I probably wasn’t caring about his footballing ability at that time!

Ross Jack soon followed Steve as a favourite. A midfielder with a brief to get forward, Ross scored 14 goals in one season – scoring in six successive games.  His time at Norwich, however, was brief and he soon moved on to Dundee, which resulted in a heartbroken Lorraine!

When I worked at Carrow Road in the 1990s I was lucky to get to know quite a few past and present (then) players, and Peter was one of them. He was no longer playing but was the club’s Football in the Community Officer, and so one of my heroes became not only a colleague but a friend too.  I was living a dream.

Quite a few years later when I was living in that town down the A140, I was in a club with (name drop here) Ruel Fox, when a friend introduced me to “someone I might know”. It turned out to be Louie Donowa who was surprised that I knew who he was – I must apologise to Louie because I think I bent his ear for well over a half an hour talking about the Milk Cup and Norwich City.

I cannot write this piece without mentioning three standout midfielders from my time working at the club – Ian Crook, Ruel Fox and Jeremy Goss. I count myself extremely fortunate to be at the club during this time. Being part of the formation of the Premier League, seeing us finish 3rd in its inaugural season, and being the only English team to beat Bayern Munich in the Olympic Stadium.

I could wax lyrical about the whole squad during that time, but Ian, Ruel and Jeremy brought an excitement to our team.  Ian Crook’s precision passing without breaking a sweat was awe-inspiring, Ruel’s runs down the wing and crosses for Sutton, Ekoku, Robins et al to get on the end of were something we didn’t see for some time after, and Jeremy’s volleys will go down in Norwich City folklore for decades to come.

It was after my time at the club that I moved away from Norfolk so wasn’t able to get home to see many games, and so I have very few favourites from that time.

My first regular season again was 2013/14 and relegation! We had some great midfielders at the club at the time including Bradley Johnson, Robert Snodgrass, and of course Wes Hoolahan. This list also includes the one and only Alex Tettey.

I will confess that I am one of the people who shouts “shoot” when he has the ball anywhere near the box because you never know – it may be one of those days when the ball tries to break the back of the net rather than landing in the top tier of the Barclay.

I have now reached the present day and the plethora of likeable and skilled midfielders that we have at the club – Emi Buendia, Todd Cantwell, Moritz Leitner, Marco Stiepermann, Onel Hernandez, The Mayor, and Mario Vrančić. We may not have some of these players at the club for long, so we should appreciate their talent while we can.

Mario’s goals last season will be talked about for years to come by the fans who were lucky enough to witness them. His laid back style has a touch of the Andrea Pirlo about it and he will be forever one of my favourite players.

It’s not just Norwich midfielders I have admired over the years.  Emmanuel Petit, Claude Makélélé, Michael Ballack, Ronaldinho, Andrea Pirlo, and Claudio Marchisio are just a handful of excellent midfielders I have seen play in the flesh when they were at the top of their game.

I know I have left a lot of great Norwich City midfielders out of this piece, but there are too many to mention – Graham Paddon, Dave Phillips, Darren Huckerby, the King of Spain, Johnny Howson… the list goes on and on.

We have been blessed with some exceptional talent on the field over the years and if I have left your favourite out, I can only apologise – or maybe you can write a piece about them.