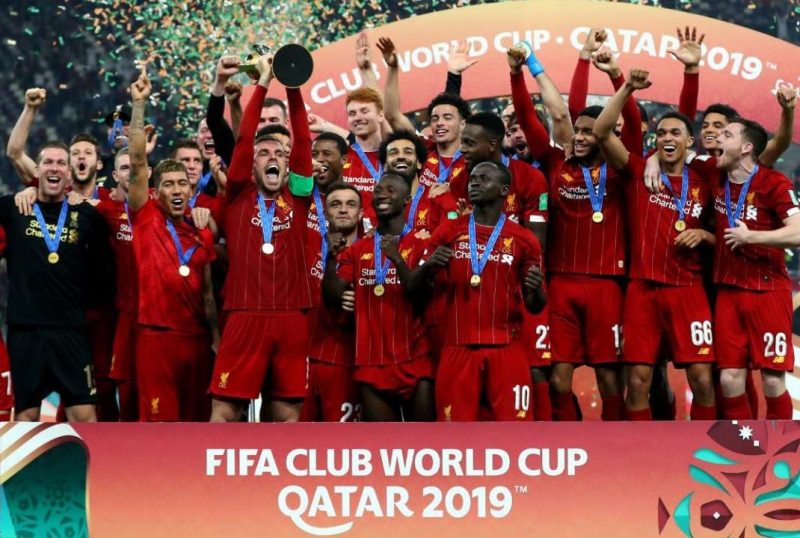 The flurry of MFW content decrying Project Restart has provoked plenty of discussion, mostly dissenting voices but the odd one in favour. One of those has been Liverpool fan Neal Widdows, who kindly offered to write us a piece explaining the argument for. Here goes… and please let’s play nice.

Firstly, I’d like to thank Gary for giving me an opportunity to present the alternative/unpopular (delete as appropriate) view on ‘Project Restart.

Secondly, in no way does this article attempt to downplay the devastating impact of coronavirus, and my deepest sympathies go out to everyone affected by it. I do not believe that football should be brought back at all costs, nor do I dismiss the risks involved in attempting to bring it back.

Thirdly, yes, I am a Liverpool fan. I admit I have vested interest in seeing the season completed so that we can seal our first league title for 30 years. It will also prevent jealous rivals from putting an asterisk next to it for all eternity and coming out with empty soundbites like ‘tainted title’, despite us being 25 points clear and out of sight prior to the enforced shutdown.

The difference is, unlike those associated with the bottom six, I have the guts to admit it.

The bottom six’s biggest issue with ‘Project Restart’ is the proposed use of neutral venues, a non-negotiable aspect of the plan given that both Mark Roberts – the national football policing lead officer – and the government both making it clear that football cannot return without them.

The bottom six, in a startling display of hypocrisy and double standards, claim this would go against the ‘integrity’ of the league, and are demanding that relegation is scrapped for them to agree to it. Fortunately, if the other 14 clubs refuse to cave to this blatant blackmail, then the proposals will proceed anyway.

It is hard to understand why neutral venues are such an issue for Bournemouth, Brighton, Watford, West Ham, Norwich City and Aston Villa. Supporters would not be allowed even at their home ground, thus removing the single biggest advantage of playing at home in an instant.

Not that playing at home has been an advantage for any of them this season. Brighton’s record is the best of the bottom six, and even that places them 14th. Only Southampton have a worse home record than Norwich, yet their fans would have you believe that not being able to play at Carrow Road suddenly leaves them at a massive disadvantage. Seriously?

The reality, of course, is that the bottom six have latched on to neutral venues as their get-out clause, and their way of saving themselves from the relegation mess their insipid and inept performances over 30 games have left them in, whilst using coronavirus as a convenient smokescreen to hide their true motives. If it wasn’t neutral venues, then they would be desperately scrambling around for another excuse as to why they should be exempt from the consequences of their on-field failure.

They all claim that it is nothing to do with money, but we all know that’s one big lie. That’s what it has all been about from the very beginning for these clubs. They see the Premier League millions disappearing before their eyes, and are now doing everything they can to cling on to money that their on-field efforts simply don’t deserve.

In all honesty, I don’t blame them for that. Football clubs are businesses after all, with bills and employees to pay just like a little corner shop on the high street. I just wish they would be honest about it, rather than trying to claim that their primary consideration is peoples’ lives.

Football is not immune from the inevitable financial crash which will follow. If it does not find a way to restart soon, then many more jobs, and subsequently many more lives will be lost. Yet there are City fans who, whilst claiming to care about lives, show very little consideration for those who will be affected long after this crisis ends. Another example of hypocrisy and double standards.

Of course, I’m sure if City and the rest of their fellow rebels are so moral and principled, they will refuse to turn up for Project Restart, take their relegation, refuse the three years of parachute payments they’d be entitled to, and hand back all the television money and prize money they have received to date courtesy of the Premier League and the broadcasters. Of course, we all know that they will be in the tunnel on day one, because cowardice and double standards are something you’re prepared to live with for the sake of £120m.

It’s not just City who would be affected either. The Premier League’s money trickles down through all levels of the game. If the Premier League suffers, so does the EFL, and so does grassroots football. It’s not just about your club, it’s about the game as a whole. How many clubs in Leagues One, Two and below will go under in the next 12 months? We are in real danger of having no football to go back to if the six have their way.

As for all this talk of integrity, what integrity is there in scrapping relegation, thereby allowing City to undeservedly benefit from Premier League riches, whilst Leeds and West Brom, having had terrific seasons in the Championship and having put themselves in a great position for promotion, get nothing?

Where is the integrity in simply cancelling a season and pretending it never happened? Or in being relegated on PPG or another alternative system?

The only fair way to complete the season is to on the field. Neutral venues are not ideal, but then neither is playing behind closed doors. If these six clubs really care about integrity and fairness, they will accept that this is the only way for them to get themselves out of the mess they find themselves in.

And whilst they’re at it, it would be great if they could learn some lessons in honesty too.

Stephen Medlock 🗽 Queen for all my life 🇬🇧🇫🇷 @stephenmedlock ·
19m