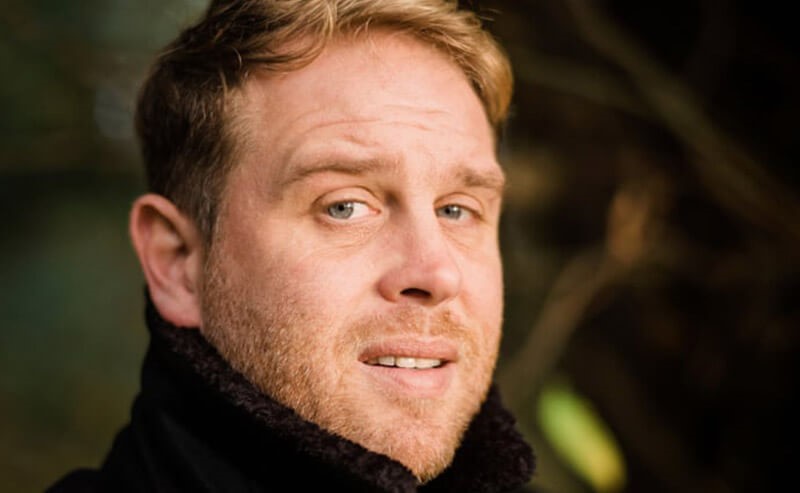 In part two of our three-part exclusive interview with Cedric Anselin, we discuss mental health in football, the blackness that overcame him despite a colourful world he lived in, and how 1999 wasn’t the time to reveal your inner demons as a professional footballer.

The concept that ‘men find it hard to talk about mental health’ is quite a strange concept to me, but not wholly surprising. Look back in history, and men have been subjected to awful trauma, huge stress and a whole deal of responsibility.

World War I and the trauma of PTSD with legions of men being subjected to mental health institutes like the one at Craiglockhart. The ‘traditional’ role of the man as breadwinner, head of family and pillar of strength. Men who have battled with their sexuality and haven’t felt they can truly reveal it. We should be blo.ody well-versed to at least talk about our feelings by now. But, for some reason, it has been a ‘taboo.’

Now it is changing. Men, all over the world are talking, revealing their struggles. Well known celebrities and sportsmen alike are ‘coming out’ over their battles with depression and anxiety. Just this week, coinciding with Mental Health Week in the UK, Craig Bellamy has spoken out about his battle with depression. Yes, that annoying little bad-mouthed oik who you would assume, on the face of it, is ‘okay.’ Him. We always knew he could speak, and now he has, probably about the most important thing he could.

Suicide is the single biggest killer of men under 45 in the UK.

That’s why many high-profile sportsmen are now talking about their own battles with mental health and trying to inspire other men to take control of their wellbeing. One of those men is Cedric Anselin, the former Bordeaux and Norwich City midfielder, whose own personal battle with depression has lasted over 20 years.

We left off part 1 of this interview with Anselin’s release from Norwich City. Despite an “unbelievable” experience playing in Bolivia, of all places, he wanted to return to England. Looking for a contract, he nearly signed for both Cambridge Utd and Southend Utd but had to drop down the pyramid to find a club into non-league. “You’re trying to chase a permanent contract, but it was difficult, and I lost a bit of motivation and my wife at the time was from Norwich, so I decided to stop chasing my dream…”

Like so many others, was it the loss of his dreams, of the money and the fame which many young footballers strive for, which was the start of his depression? No. For Cedric, it started earlier, whilst he was at Norwich City.

“During my time there, I lost the motivation to get up in the morning,” Anselin says. Despite the grainy Zoom call we are talking on, I catch a sense of loss and pain in his eyes.

“At the early stage of my depression, trying to go to Colney (Norwich City’s training ground) and crying in my car, then going in the changing rooms and pretending ‘yeah, I’m fine, I’m okay.’ It’s a lonely place.”

And that’s where the conflict lays for so many who don’t understand how a handsomely paid footballer can feel so low, so dark? How someone surrounded every day by a group of other young men can feel so lonely? How can a sport they have dreamed of playing for many years not make them happy?

“It can be colourful outside, but inside it’s black,” says Anselin, in the most poignant part of our interview so far.

“It was why I stopped playing, why I stopped chasing. I didn’t want to play anymore. I fell out of love with Norwich.”  For a man, who 22 years later, still lives a few miles away from the city, this is a huge admission.

“Locking yourself in the bathroom before training because you’re petrified of failure – missing a pass, missing a touch. I didn’t want to be there. I was lost. Before I was leaving my flat to go to Colney, I was anxious, sick.”

As Cedric says this, I try and picture the idea that a footballer would want to do the very thing they’ve dreamt of their whole life. The very thing that I was far too sh*t at to ever consider.

Nowadays, Anselin may have sought help in his situation. With the likes of the aforementioned Bellamy, Luke Chadwick, Darren Eadie, Aaron Lennon, Danny Rose, Marvin Sordell and Lee Hendrie all speaking out in recent years, he may have felt more comfortable with the idea.

In 1999, it wasn’t quite the same football planet. “It wasn’t an industry you could put your hands up in at the time, in 1999, where you can knock on your gaffer’s door and chat, because at the time it was never really seen in a positive way.”

The very company and camaraderie that mentioned earlier was the very thing that worried Anselin about discussing his troubles. “I was petrified about the look of my teammates if they found out something wasn’t right inside me.”

Away games were the worst: “I was anxious to stay in the hotel, to be away from the safety, which was my house.”

I ask Anselin whether he feels there is now enough mental health support for players in the game today. He is still closely connected to Norwich City, and tells me he is impressed at the work they do around mental health, as well as many other clubs. However, clubs lower down the pyramid probably “don’t have the resources” to support their players so well if they want to reach out.

Since his playing career petered out in non-league, Anselin continued to suffer from depression but has also used his experience to support and inspire many others to discuss their health, reveal their feelings and talk. With his work as a mental health advocate, and also his job teaching BTEC sports at a school in Norwich, Anselin has the chance to share his experiences and talk to many young people.

“It is important that we talk, and that we take that mask off and have the courage to say, ‘I’m not right’.”

It’s that courage and revealing of the ‘mask’ which Anselin discusses in part three of our interview, coming later this week. He also talks about how to stay sane in lockdown, as well as a light-hearted look at Ipswich Town, Leeds United and Shaun Carey’s hair…

This series of interviews has been conducted in line with Mental Health Awareness week, from 18-24 May. Visit www.mentalhealth.org.uk for more information.

Cedric Anselin is an ambassador for the ‘Get Set to Go’ initiative from mind.org.uk, which helps people find the physical, social and mental benefits of being active.