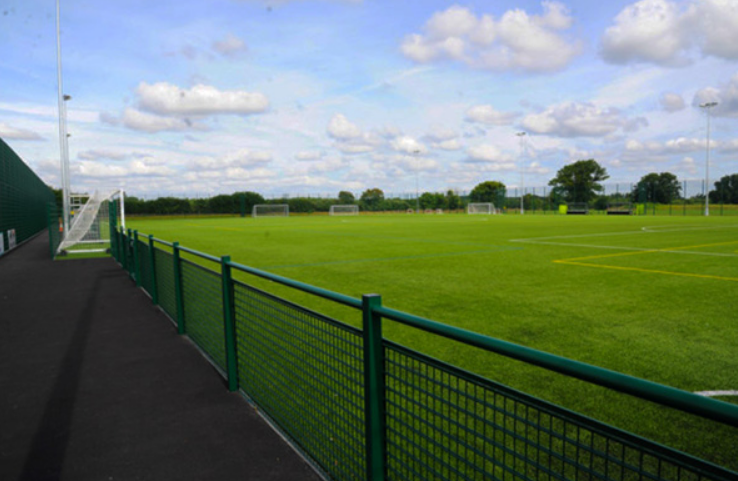 Despite being not much further forward in knowing exactly where, when, and even how, the players returned to Colney this week.

While it was good to see them doing Colney stuff, albeit in a socially distanced and responsible way, the fact there remain so many unknowns makes it tricky to get too excited.

It felt like a return to pre-season training but without knowing when the first friendly or league games are scheduled to take place. And without being able to play small-sided games, to practise set-pieces, to tackle or to even mingle off the training pitch.

Colney but not as we know it.

That City’s Covid-19 tests have so far revealed no positive results is, of course, a very good thing – and let’s hope it stays that way – but there’s understandable apprehension around the whole process.

Watford’s Troy Deeney has been the voice of reason for many and cited a young son with breathing difficulties as his reason to not train – a stance that was more than justified when eight people out of 996 Premier League personnel tested positive for Covid-19 in three rounds of testing. Three of those were at Watford, including Deeney’s team-mate Aidy Mariappa.

While to Liverpool fans, eight may appear a negligible number, it was still a concerning return from a relatively small sample size.

‘But it was only 0.8%’ they’ll argue, but with those tests undertaken over eight weeks after the lockdown was imposed, that remains a significant number of people when then extrapolated over the number who will be present at training grounds and stadia between now and the first round of games.

At Watford, that figure was 7.5%. Deeney was right to be cautious. Chelsea’s N’Golo Kante also took the decision to train alone at home.

But the Premier League still insists on pushing forward regardless of the risk and chief executive Richard Masters says he’s “as confident as we can be” about restarting in June. A phrase as meaningless as those usually reserved for this Sunday morning column.

While there is still some uncertainty over when the big KO will occur, the Premier League’s desire for a June 12 restart doesn’t appear to have gone away. “There is some momentum. We’ve taken the first step,” says Mr Masters, presumably referring to the players reluctantly returning to training as instructed by the… Premier League.

He’ll be heartened and, no doubt, emboldened by the news that La Liga is planning to restart from June 8.

But Masters also acknowledged the need for “contingency plans” and said that “curtailment is still a possibility”, presumably meaning the season could still be ended without playing any more games.

He also said the idea of scrapping relegation “would come up for discussion” and still remained “a significant topic”, as he continued to speak without saying anything.

Although, to be fair, the scrapping of relegation part didn’t sit comfortably with the FA who, despite what the Premier League believes, still remain the game’s arbiters. It’s clear any attempt to do this will be fiercely opposed.

And to be fair, 99.9% of City supporters are cool with relegation in any form that doesn’t see us stitched up and which is deserving because we’ve simply not accumulated enough points to survive.

But then the waters get a little cloudier…

How does that work?

So we hand good ol’ Leeds £6.6 million and then let them take our place in the Premier League? And while we’re at it, let’s give Fulham owner Shahid Khan another £6.6 million to top up his £10 billion fortune.

Despite the laudable thrust behind the plan, you don’t need to be a leftie so spot the inequality in how said funds are being distributed. It doesn’t feel right because it isn’t right.

Of course, this is merely the opening gambit with discussions and arm-wrestling aplenty to come, but it reminds us again of the financial tightrope on which our club teeters and how lucky we are to have Stuart Webber doing our dealing.

The ultimate impact of this lockdown is unknown, as is almost everything related to this virus, but it’s clear that the impact of relegation on top of everything else would be catastrophic to our football club.

Right now, safety and wellbeing of all involved is all that matters but as we edge closer to a restart, it does make you wonder what our club will look like when it comes out the other end.

I’m not sure we’ll recognise it, but with Webber steering the ship I’m confident it will be there.

But for now, one day at a time. And don’t follow the example of our government. Do the right thing.