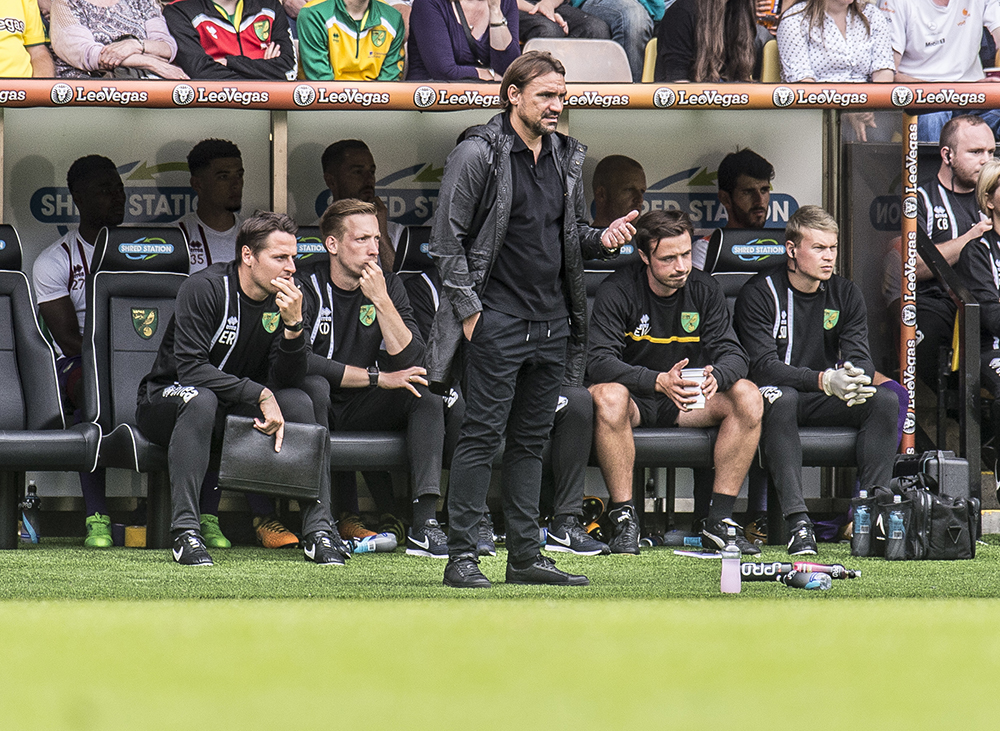 So, in theory, depending on what the TV schedule throws up, this time in three weeks I could be musing over City’s game with Southampton.

Okay, so there’ll be no descriptions of Carrow Road reverberating when City inevitably take an early lead – this does place unnecessary pressure on Chris Goreham and Rob Butler to deliver some noise from that gantry – but I’ll hopefully still be able to describe the way that incisive passing, starting from Tim Krul, still remains a sight to behold when in full flow.

Three points from that game, with those above us dropping points, wouldn’t half be a fine way to restart. And while many, me included, are struggling to re-engage right now while the numbers of people dying daily is still in three figures, I do believe the inevitable recommencement will eventually gain traction – if only as a diversion from the horror of the last few months.

Mick’s piece yesterday was a sobering reminder of the financial consequences of not restarting, and of the cost of the pandemic in general, but it did leave us dangling at the end with the prospect of a safety/FA Cup win double.

A more pragmatic take, some would say realistic, was provided in the replies: “… we haven’t a chance of either staying up or winning the FA Cup.“

And Stephen’s voice may be the one of reason but, like it or not, the restart is going to happen and we have literally nothing to lose by tackling it head-on and with a positive mindset.

So, in this spirit, and to hopefully reinvigorate my own interest in season 2019/20, let’s look at those nine remaining league games and see if there is a way we could get close to, or even achieve, the ‘little miracle’ of which Daniel Farke speaks.

Well, for starters, we owe them one. The 2-1 defeat at St Mary’s in early December was a proper blow to the go.nads because at that time Saints were, like us, bottom three dwellers. We knew a win would give us a huge fillip as we approached the December/Christmas programme but instead it was one of those days.

While after such a prolonged break, the form guide is largely meaningless, I’m very happy to lean on it here as Southampton have lost four of their last five,

Another example of the form table, however illogical, coming to our rescue. The Toffees haven’t won for three games and I’m not prepared for this purpose to countenance the along come Norwich theory, so surely we can make it two wins in two.

On a slightly serious note, the away win at Goodison Park should hopefully instil some belief and it’s not beyond the realms that we could sneak a single goal win out of this one.

I’m very happy to ignore that worthless form table for this one – Arsenal had won three games on the bounce prior to the lockdown – but even still, it’s tough to construct an argument for a City win or even draw.

The 2-2 draw in early December was one of those nearly afternoons and I can see this one being similar, especially without that fervent backing that City always take to the Emirates.

I was tempted to copy and paste the two paragraphs from the Southampton section. Again, we owe them one due to an away day that was about as underwhelming and gut-wrenching as it gets.

In almost every way, this is a must-win, not least for the fact we desperately need to drag Brighton into the mix. We need the sphincter of Graham Potter and the Brighton fans to be twitching by this stage and a home win courtesy of a Man City type performance would be perfect. (And yes, I do realise me predicting three straight City home wins makes me appear crazy).

I’m tempted to use the we owe them one again but not sure it’ll work here. The pre-lockdown form guide shows they won just one in six (good) but that one was a 3-0 home win against Liverpool (bad).

On paper, this is one of those away games where we have to get something but I’m not feeling it. Of late, they’ve been one of those sides who are physically stronger and more robust than us and now with Nigel Pearson in charge, that’s going to be ramped up even more. So, sorry…

Hmm… am starting to wobble, especially after looking at City’s record against those little charmers from the East End, which is as bad as I expected it to be – one win in our last 12 meetings.

So, while this is a distinctly average West Ham team, they do have a horrible habit of eeking out results against City when we need them most – I’m thinking particularly that 2-0 defeat at Upton Park in the final throes of the Hughton era. Maybe we be can still nick a point from this.

A special MFW prize to anyone who can give me a logical and compelling argument for a City win here, especially with Lampard’s lot no doubt engaged in battle for that fourth Champions League place.

We gave them a good game at home in the opening weeks of the season but they simply have better players and can make hay out of City errors in a way we don’t seem able. It’s a quality thing, something that won’t be affected by an empty stadium.

If I was being logical and sensible, I’d say that Burnley fall into the Watford category. IE. A team that’s big, strong, that sets out to disrupt, press high and which simply refuses to let these fancy dan passing teams weave their pretty patterns.

But, this is no time for logic or common sense. This, if we’re still in the hunt, will be the most must-win game in the history of must-win games, and even with Sean Dyche inevitably winning the decibel battle of the technical areas, we still have better footballers.

Hmm… again. There are so many reasons why we won’t get anything here. Especially after that famous win in September. But, hopefully so much has happened since then, Pep will forget to mention it in his team-talk and they’ll still be too busy taking the p*ss out of Kyle Walker for it to register.

Obviously home advantage, as has been proven in the Bundesliga, is diluted with no fans present but there is better-player-syndrome to overcome here. However, with the title long gone and a Champions League place assured, I’m clutching a straw here and banking on City snaffling an unlikely point.

So, four wins, two draws and two defeats, equating to 14 points, taking our total to 35 – a total that incidentally would have been enough to see City survive in each of the last three seasons.

Whether it would be enough this season, I have my doubts.