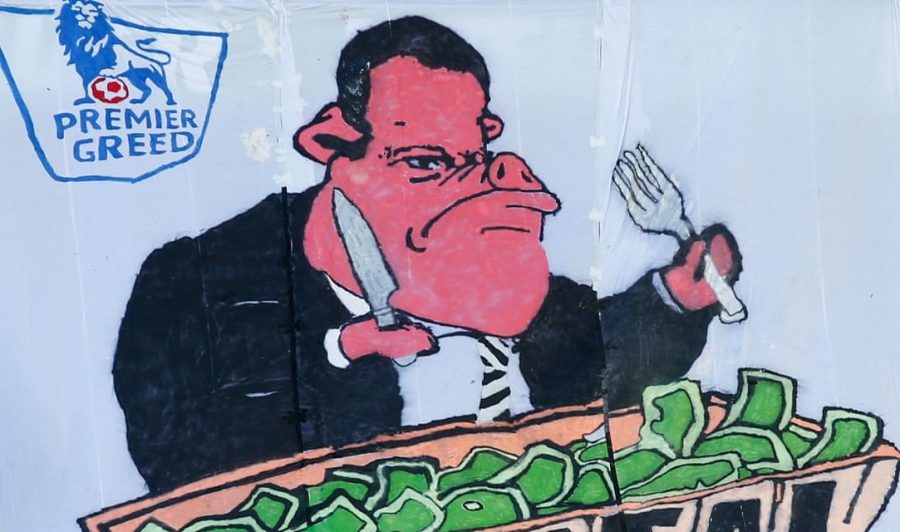 I’ve been lucky enough to be allowed to write about the game I love for 10 years now but I don’t think I’ve ever felt as disillusioned with it as I currently do.

Before the pandemic the combination of live football to write about and a tight word limit meant that I never had the time nor the need to do too much research, but that all changed in March.

Faced with an indefinite suspension of the game but a need to continue to produce content that people might actually want to read meant I needed to broaden my horizons and start digging deeper into issues to which I had previously on had to only offer lip service, and the deeper I dug the more I started to develop a deep disgust at the way in which football in this country has been run over the last thirty years.

Don’t get me wrong, there was plenty that was wrong before Sky “invented” football in 1992 by encouraging the Premier League to break away from the Football League but as the years have gone by, more and more money has been poured into the top of the game while only a fraction trickled down the football pyramid as the game overall has suffered.

Those Premier League clubs not strong enough to compete for Europe produce attritional, unattractive football just to stay on the gravy train, while those in the Championship are encouraged to take huge financial risks to reach the Promised Land and it’s untold riches.

Lost in all this money lust are the fans who are of less importance to the broadcasters than those paying subscriptions and, all too often, paid little attention by their own clubs. But maybe, just maybe, that could be about to change.

Last week fan groups from across Europe, including the UK’s Football Supporter’s Association wrote to UEFA and national football authorities to demand that fans should be at the heart of a major consultation about the game’s future, saying that:

“The recent return of football behind closed doors has demonstrated that fans are the lifeblood of the game.

“Their presence in the stands has been sorely missed, and the spectacle we are accustomed to has been absent without them. It is therefore more important now than ever for supporters to be included in discussions that will determine the immediate and long-term future of the game.”

The document then goes on to suggest that there are three areas around which that consultation should take place.

First and foremost is the issue of a safe return of spectators and it suggests that this be accompanied by a meaningful consultation with fans’ representatives at every level of the game on health and safety protocols and other operational measures.

The second is the need for a recognition that the contribution made by fans is irreplaceable and that attempts by broadcasters to replace or imitate the unique atmosphere produced by fans is insulting. Augmented reality technology, pre-recorded chants, and other forms of artificial support represent a rebuke to match-going fans.

The final area is so important that I’ll quote the document in full:

“Third, multi-stakeholder dialogue on the future of football. The coronavirus crisis has yet again shown that the current model of football is flawed, unfair, and unsustainable. Football needs to change dramatically. And it needs to change for the better.

“Any reform process must include fan representatives, on a local, national, and European level. Fans must be engaged and involved in decisions that relate to the wider future of the game, including the necessary overhaul of governance structures and financial regulations.

“There can be no “return to normal.” Lasting change is needed to make the game sustainable from top to bottom, and fans stand ready to play a part in shaping that change.”

But it’s not just the fans saying that radical change is needed. Deloittes have just released their annual report into football finances and as ever it makes fascinating reading.

The report notes that a salary cap set at 70% of revenue at each club would have reduced 2018/19 operating losses by £308m whilst almost entirely wiping out the combined pre-tax loss recorded by Championship clubs and concludes by saying that:

“More rigorous and robustly enforced regulation than the EFL’s existing rules is required to force clubs to act more responsibly and save them from themselves. Change is needed desperately, both collectively, and in many cases individually.”

This chimes with MP Damien Collins proposed reform of the game that would allow clubs in a financial crisis to receive government support in return for a significant minority shareholding passing to a independent directors. This would ensure the government’s investment doesn’t simply disappear into the playing budget and would also encourage the involvement of the PFA, the FSA and supporters Trusts.

At City we are lucky that we support a club which believes strongly in fan engagement and has constantly moved forward (with one brief reversal) with the process.

David McNally, albeit unpredictable, was always happy to engage, but real progress came with Ed Balls’ temporary tenure before being developed further by the avuncular Steve Stone.

Jez Moxey, a man so self-obsessed that had he been a chocolate bar he would have certainly tried to eat himself undid some of their good work, but now Ben Kensell, Stuart Webber and Zoe Ward have made fan involvement key to everything that Norwich City is about.

However, in the wider football world the pandemic has offered a chance to rethink where we’re heading. It would be criminal if the chance wasn’t taken and the gravy train was simply popped back on the tracks to allow the soul of the game to continue be sold to the broadcasters who have no other interest in it than their own profits.

We are at a crossroads and the very future of the game we love is at stake.