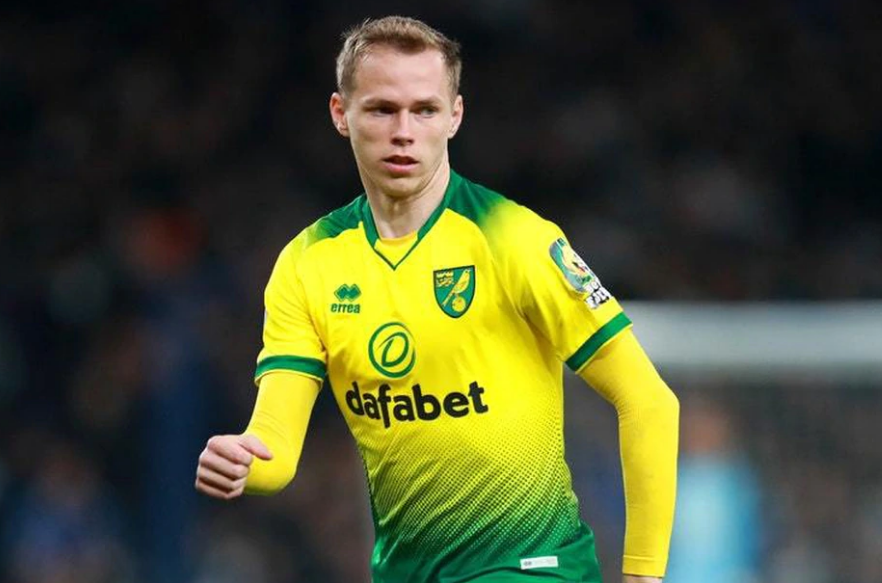 Well the fat lady is singing on full throttle. It could be Maria Callas, Mama Cass Elliot or even better the British original, Janet Webb on the Morecambe and Wise show. It doesn’t matter who assumes this particular mantle – we are well and truly done for.

There was more huffing and puffing than against Southampton and to give him credit Daniel Farke did select a starting side to keep it compact and not give Everton the freedom of central midfield the Saints enjoyed.

However the natural consequence of this was that our attacking fulcrum of Buendia, Cantwell and Pukki were relegated [see what I did there?] to the bench.

Gary covered the details of the game itself yesterday so I’m not going to do the same – it was such a boring match in itself that I’m not sure I’d care to if I’m honest – but I will proffer a few observations of my own.

Ondrej Duda. His corners were consistently the worst I think I’ve ever seen from a Norwich City player and that’s really saying something. And the free kick that pinged into the wall? It wasn’t worthy of Mario, was it? I’m sure Farke has his reasons for keeping Duda with us but for all his efforts on Wednesday evening his heart and head are surely very much in Berlin. The Stieperdude must be more than a bit miffed that he can’t get anyway near a starting gig just now.

Zonal marking. Oh why on earth do we persist with it? Yet again we were undone by a set piece – in this case a corner. It was just so easy for Michael Keane to rise more or less unopposed to give Tim Krul no chance whatsoever. It could have been two of course but for a pretty decent save from Dominic Calvert-Lewin courtesy of Krul.

Statistics. These are rarely for me – best left to Chris S and Dave B – but I’ve noticed that we haven’t scored more than one goal at home since – you guessed it – against Spurs in the PL in December last year. Apart from Man City, Newcastle and Arsenal [3,3,2] and Everton away [2] we haven’t managed that feat at all. And after 31 PL matches we have never once achieved a result after going a goal down. It’s really not good enough.

Two comments resonated with me after the denouement.

Daniel Farke said: “I felt we had quality players to come in and there were also some tactical thoughts as well. Everton is a team who have the most crosses in the entire league, particularly from their full backs, so we needed players on the pitch who were able to track those full backs.”

To me that reads like an open admission that Todd and more surprisingly Emi cannot fulfil this basic function.

Regular MFW commentator Dave B2 messaged me before the match to say: “I reckon if we can do the double over the sticky Toffees then we can win the cup too.” A couple of hours later I simply got “Pudding performance against sticky Toffees”.

To me that reads like a tacit admission that Dave opened a bottle of something for consumption during the match!

And for you youngsters – and others – out there this is the fat lady “singing”, which is up there with “a game of two halves” and “sick as a parrot” in classical football phraseology.

And now it’s on to Man U in the FA Cup quarters that we were all so much looking forward to. Every City regular I know was going but we’re not now of course. And nor are 2,500 from London so at least it’s even Stevens. Kind of, anyway.

I know it’s a cheap shot and I sincerely apologise to the many born and bred Red Devils but you don’t tend to take that many of your ilk away – you can’t get hold of the tickets cos you don’t live in Islington or Woodford Green!

Fresh off the back of a thumping 3-0 demolition of the Wilderbeests courtesy of an Anthony Martial hat-trick, Jolly Ole’s boys arrive at the empty Carra tomorrow to doubtless administer the lethal injection that will euthanise our season once and for all.

The sheer gap in resources was best illustrated for my by a couple of little news snippets that came my way.

We have apparently landed Bali Mumba for the under-23s from Sunderland for, wait for it… £350k. Plus add-ons, doubtless.

While United’s biggest worry just now [Paul Pogba aside] is what to do about the David de Gea/Dean Henderson situation next season. Looks like they can afford to let Henderson out on loan to the Blades again if the stars align. What a problem to have – Henderson was brilliant against us.

Of course United will have had the same time as us to prepare for the match. Everton had a 48-hour disadvantage to us, only made one change from the Liverpool derby and were at least our equals in terms of fitness.